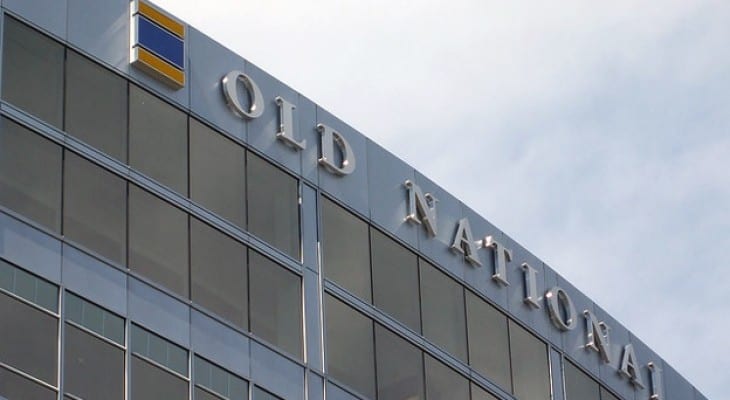 Two regional banks that provide service in the U.S. Midwest and New York state are set to distribute their quarterly dividends yielding 3.1% and continue years of dividend hikes.

Aside from serving customers in different geographical regions, these two banking institutions are very similar. In addition to identical dividend yields and providing similar services, both banks have been paying a dividend since 1990, reaching a 50% payout ratio, and both trace their roots to the mid-1800s.

For this quarter, both companies have same ex-dividend dates and pay dates on August 30, 2017, and September 15, 2017, respectively.

Founded in 1834 and headquartered in Evansville, Indiana, the Old National Bancorp operates as the holding company for Old National Bank. In addition to the basic deposit, money market and time deposit accounts, the bank offers a variety of personal and commercial loans, as well as electronic and mobile banking services, private banking and investment advisory services. As of June 30, 2017, the bank operates 188 banking centers located primarily in Indiana, Kentucky, Michigan and Wisconsin. The Old National Bancorp announced on August 8, 2018, the acquisition of the Minnesota-based Anchor Bancorp, Inc. through a stock and cash merger. This acquisition should be finalized early in the first quarter of 2018. The transaction will add 18 branch office locations to Old National Bancorp’s network and establish the bank’s presence in the Minnesota market.

The share price traded flat August through October 2016. However, in the first three weeks of November, the share price jumped more than 21% and continued to rise through mid-February 2017, when it reached its 52-week high of $18.85. Since the February peak, the price pulled back about 12%. The share price closed on August 8, 2017, at $16.60, which is about 20% higher than the share price from 12 months ago.

However, the company resumed its dividend hikes in 2011 and has continued to do so for the past six years. Over the last six years, the annual dividend has been rising at an average annual rate of 10.9%, which is more than 40% above its dividend’s average growth rate before 2008.

While the share price might be a little suppressed by the integration cost of recent acquisitions, the expansion into new markets and operational efficiencies should be positive factors for the bank’s overall future performance. Additionally, the 50% dividend payout ratio leaves plenty of room to support the continuation of annual dividend hikes.

The share price climbed more than 30% from August to the end of October 2016. Unfortunately, that is where the rise stopped and the price has been slowly declining since then. The share price closed at $32.30 on August 8, 2017, which is only approximately 2% higher than it was in mid-August 2016.

The current quarterly dividend payout is $0.25, which is equivalent to a 3.1% yield and a $1.00 annual distribution per share. Since starting to pay a dividend in 1990, the bank managed annual dividend hikes every year. Over the past 20 years, the annual dividend more than tripled by growing at an average 5.9% per year.

While the share price is currently trending down from the 52-week high, the 50-day moving average (MA) appears to be on a verge of reversing trend and easily could cross above the 200-day MA in the near term, indicating a share price increase might be on the horizon. In that case, the current share price drop could be a buying opportunity. Additionally, the company has a 50% dividend payout ratio, which is an indication that the company has enough room to continue its dividend hikes into the foreseeable future.