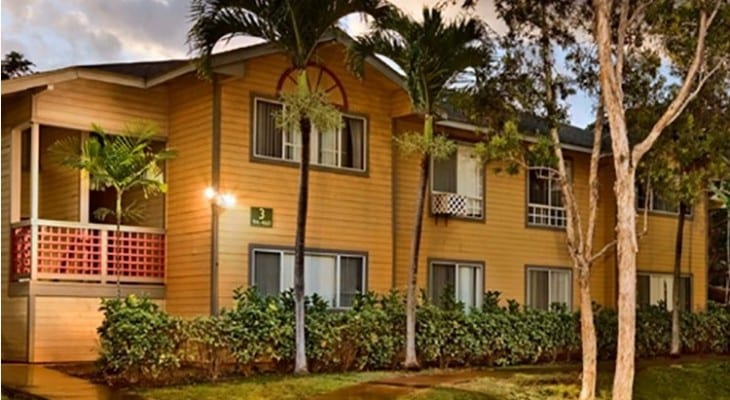 Two real estate investment trusts (REITs) are currently rewarding their shareholders with rising dividends and dividend yields of more than 2.4%.

In addition to the rising dividends, share prices of both REITs rose to provide asset appreciation to shareholders, which converted to double-digit percentage total returns over the past 12 months. Over the past three years, the companies achieved total returns of 56% and 164%, respectively.

Douglas Emmett is a real estate investment trust (REIT) that owns, leases and manages office space and apartment units in the premier coastal submarkets of Los Angeles and Honolulu. As of September 2017, the company owned and operated more than 18.3 million square feet of Class A office space and 3,320 apartment units in those two markets. Douglas Emmett’s acquisition strategy involves a selection of submarkets that are supply constrained, with high barriers to entry, key lifestyle amenities, proximity to high-end executive housing and a strong, diverse economic base. The company owns approximately 27% of the Class A office space in the Los Angeles submarket and about 34% of Class A office space in Honolulu’s Central Business District. The company enhances its revenue and profitability by offering its tenants supplementary services through its fully integrated operating platform, such as in-house leasing, proactive asset and property management, internal design and construction services. Founded in 1971 and headquartered in Santa Monica, California, Douglas Emmett Inc. was one of the four companies featured as potential high growth organizations at last year’s Baron Investment Conference.

The company’s current $0.23 quarterly dividend yields 2.4% and is equivalent to a $0.92 annual distribution. Since starting to pay a dividend in 2006, the company dropped its annual payout twice – in 2009 and 2010. After those two consecutive drops, the company paid rising dividends and enhanced its total annual dividend at an average rate of 10.4% per year and doubled the annual payout amount over the past seven consecutive years.

The share price rose almost 21% between early November 2016, when the company was featured at the Baron Investment Conference, and its 52-week high in early February 2017. As of closing on September 19, 2017, the share price was down 4.8% to the February peak and almost 3% higher than it was one year ago.

However, the company’s financial results have been substantial in terms of the total return – asset appreciation and dividend distribution – over the past few years. Over the past one year, three years and five years, the shareholders received total returns of 10.05%, 56.29 and 76.94%, respectively.

The current $0.185 quarterly dividend is equivalent to a $0.74 annual distribution and a 3.8% dividend yield per share. While the REIT’s record of paying rising dividends is relatively short and goes back only to 2014, the company elevated its annual dividend at an average rate of more than 10% every year.

The share price rose almost 30% with minimal volatility over the past year. Including the dividend distributions, the total return over the last 12 months is more than 40% and almost 164% over the past three years. After falling from $21 per share in 2014 to its all-time low of $9.93 in February 2016, the share price nearly doubled over the following 22 consecutive months by growing at an average rate of 3.1% per month. The share price closed on September 19, 2017, at $19.25, which is 27% higher than it was 12 months ago.

Dividend increases, dividend decreases, new dividend announcements, dividend suspensions, rising dividends and other dividend changes occur daily. To make sure you don’t miss any important announcements, sign up for our E-mail Alerts. Let us do the hard work of gathering the data and sending the relevant information directly to your inbox.