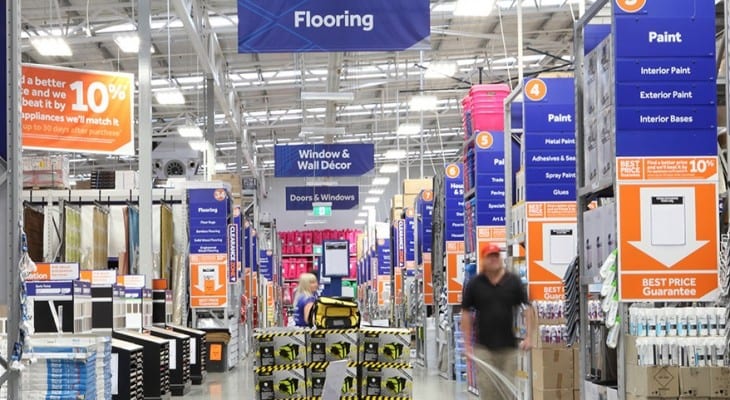 Expansion of the U.S. economy would increase demand for building materials and tools, which would kick-start the housing market and would directly benefit these three companies

While some companies might profit from the Trump administration’s expected infrastructure spending, these three companies would benefit more from the private housing and construction markets. New housing might remain at current levels for a little longer, but some of the smaller home improvement and construction projects could begin sooner.

This expansion would make these three stocks prime candidates for growth, increased earnings and capital appreciation.

Home Depot is the world’s largest home improvement retailer, with more than 2,200 stores across North America.

The company’s share price experienced some volatility during the last year with several up-and-down cycles. Overall, the share price grew 27% from the 52-week low in February to reach $139.00 at the beginning of August 2016, which was a 52-week price high at that time. After that high, the price declined 14% by early November. Since November, its share price recovered completely and reached a new 52-week high during trading on January 25, 2017. Over the last five years, Home Depot’s share price has tripled.

Lowe’s Companies is a home improvement company with more than 2,300 stores in United States, Canada and Mexico. As of the most recent annual report for fiscal year 2015, Lowe’s had over $59 billion in sales.

The company’s stock performed well early in 2016. The share price increased 33.6% from the 52-week low in February 2016 to the 52-week high in mid-July, but lost almost all those gains afterwards and fell to just 5% above the year’s low.

The current quarterly payout of $0.35 equates to a $1.40 annual dividend and a 1.9% yield, which is 27% higher than the trailing average five-year yield.

Stanley Works — the predecessor of Stanley Black & Decker, Inc. — has been paying dividends since 1877 and increasing dividends consecutively for the last 49 years. Since 1996, its dividend increased at an average 13.5% CAGR. Thus, the annual payout increased more than twelve-fold over the last 20 years.