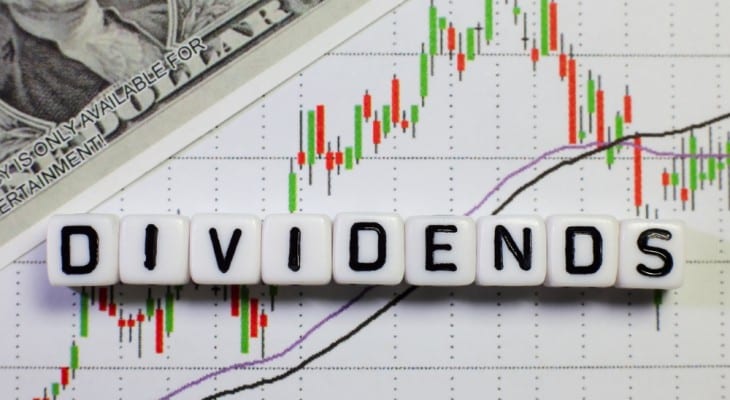 The five equities below are scheduled to go ex-dividend on December 14, 2018 and all have declared rising dividend payouts for their upcoming pay dates, which range between December 31, 2018 and January 15, 2019. The featured dividend stocks with rising payouts are:

The company’s current $0.55 quarterly dividend is 14.6% above the $0.48 payout from the previous period, corresponding to a $2.20 annualized amount and yielding 2.8%. Merck’s current yield is more than four times higher than the 0.65% average dividend yield of the overall Health Care sector. Additionally, the current yield is 53% above the 1.82% simple average of the Major Drug Manufacturers industry segment, as well as 7.2% higher than the 2.6% average yield of the segment’s only dividend-paying companies. The company enhanced its total annual dividend amount by 45% over the past seven consecutive years, which is equivalent to a 5.4% average annual growth rate.

The company’s upcoming $0.945 quarterly distribution represents a 7.1% hike above the $0.8825 payout from the previous period, equaling a $3.78 annualized payout and yielding 3.2%. Over the past nine consecutive years, the company nearly tripled its total annual dividend amount by hiking its annual payouts at an average growth rate of 6.6% per year.

The company’s share price has experienced more volatility lately than during the 2008 financial crisis. However, the long-term share-price trend is to advance higher. Therefore, some investors might view the current pullback as a buying opportunity. The current share price has more than 10% room on the upside before it reaches the $39.40 analysts’ average target. After reaching its 52-week low of $30.48 on October 26, 2018, the share price has gained more than 11% to close on December 3, 2018, at $33.90. This closing price is 24% higher than it was five years earlier.

Since initiating dividend payouts in 2010, Iron Mountain enhanced its total annual amount 840%, which is equivalent to an average annual growth rate of more than 32%. The share price pullback imposed a total loss of nearly 10% over the past 12 months. However, if the share price follows trend and continues rising, shareholders might be back to enjoying robust gains like the 46% total return over the past three years or the 71% total return over the past five years.

As of October 31, 2018, the Templeton Global Income Fund (NYSE:GIM) focused on global fixed income and had nearly $1 billion in total assets distributed across its holdings. Fixed income securities comprise more than 67% of the fund’s assets and the remainder sits in cash and cash equivalents. The fund’s highest exposure is to equities in Brazil (12.8%) and Mexico (12.1%). Along with equities in India (8.2%), Indonesia (7.5%) and the United States (6.5%), these top five countries account for nearly half of the fund’s assets.

The fund’s total dividend payouts were insufficient to overcome the unit price decline and delivered a marginal total loss of 0.8% over the past 12 months. While the total five-year return is only slightly better at 1%, the total return over the past three years was nearly 10%.

The fund’s current $0.0378 monthly distribution is nearly 22% higher than the $0.031 payout from the previous month. This upcoming payout amount is also the second highest of all monthly dividend payouts since August 2012 and corresponds to a total annual payout of $0.4536, which converts to a 7.4% forward yield. This yield is 137% higher than the 3.12% average yield of the overall Financials sector. Additionally, the fund’s current 7.4% yield is nearly double the 3.85% average yield of all the companies in the Debt Closed-End Funds industry segment, as well as 20% above the 6.17% simple average of the fund’s only dividend-paying equities.

The company’s share price faced a fair amount of volatility over the past year. After an initial decline between December 2017 and mid-February 2018, the share price reversed direction and then spiked to its highest level in nearly a decade by late June. However, after that spike, the share price surrendered all its gains and ended the trailing 12 months with a marginal gain.