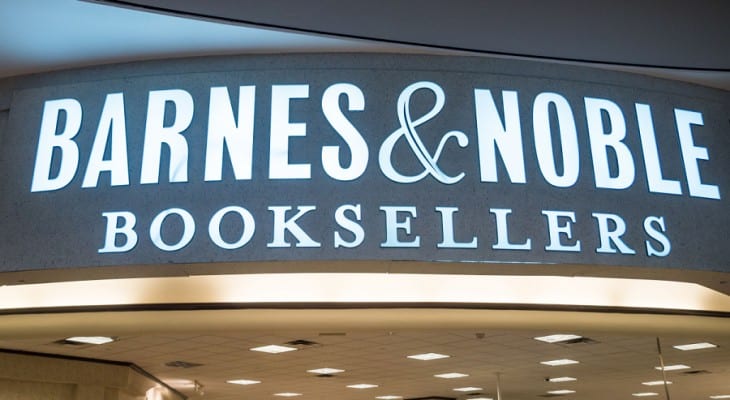 The share price of Barnes & Noble, Inc. (NYSE:BKS) jumped more than 20% Thursday morning after the company announced the day before that its board had appointed a special committee to review potential buyout offers after multiple parties communicated interest in possibly acquiring the struggling bookstore giant. With an outstanding dividend yield of nearly 9%, is Barnes & Noble a buying opportunity?

Unfortunately, the dividend yield’s ascent to its current above-average levels is a function of the company’s share price decline over the past three years. While the share price showed periods of short uptrends, the long-term average trend has been down. Including the current 20% spike, the share price lost more than two-thirds of its value since July 2015.

It remains to be seen whether these Barnes & Noble speculations will materialize and how beneficial a move like that will be. In an interview with the Fox Business Network on Thursday, October 4, 2018, Strategic Resource Group’s Managing Director, Burt Flickinger — who is credited with creating the term “retail ice age” — was positive on Barnes & Noble’s outlook, even with the overwhelming competition from Amazon (NASDAQ:AMZN). Mr. Flickinger stated that he believes Barnes & Noble can survive and thrive in the current environment, but only if delisted and taken private, so that the company has more flexibility to implement long-term initiatives and offer its customers a more interactive experience with heavy media content availability. Additionally, Mr. Flickinger also predicted that any retailers that survive the “retail ice age” — which he estimates will end in 2019 — will be in a good position to commence rebounding and thriving starting in 2020 because of the expansion of the U.S. economy.

There are several potential outcomes that could benefit Barnes & Noble shareholders. While the share price declined steadily over the past few years, the decline has leveled off and the share price even gained more than 15% since the beginning of 2018. With a flat or slowly rising share price, income-seeking investors could just enjoy the steady flow of outsized dividend cash to supplement their capital gain investments elsewhere. A potential buyout by another company would most likely increase the share price even further. Therefore, investors could collect the high dividend payouts while waiting for the acquisition to be finalized. Additionally, there is the option of taking the company private, as Mr. Flickinger indicated, which could also offer more capital gains over the near term.

Investors convinced that any of the three scenarios above are likely to occur should do their research and take a position prior to the company’s next  ex-dividend date on October 12, 2018, and make sure to be eligible for the next round of dividend distributions on the October 26, 2018, pay date.

Based in New York, New York, and founded in 1986, Barnes & Noble, Inc. primarily operates as a bookseller in the United States through two segments — B&N Retail and NOOK. In addition to selling traditional books, the company also sells eBooks and other digital content, its proprietary eBook tablet called NOOK and related accessories, magazines, gifts, café products and services, educational toys and games, music and movies. The company also offers a suite of new, used and digital textbooks, as well as textbook rentals. As of September 2018, the company operated more than 600 Barnes & Noble bookstores in 50 states and the NOOK digital bookstore, as well as the BN.com and barnesandnoble.com websites.