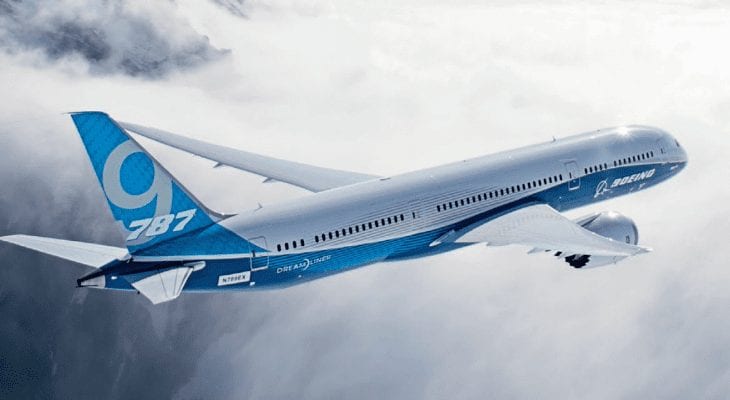 The Boeing Company (NYSE:BA) offered investors a quarterly dividend hike of 20.2% for the upcoming round of distributions, which marks the company’s seventh consecutive annual dividend boost.

In addition to its seventh consecutive annual dividend hike, the Boeing Company raised its annual payout 15 times in the past two decades and managed to avoid cutting its dividend  altogether over that time period.

While facing some headwinds, the company offered only one dividend hike in four years from 2000 to 2003. During the same period, the company’s share price declined nearly 65%. However, after resuming a rising trend, Boeing skipped its annual dividend hike again only in the aftermath of the 2008 financial crisis in 2010 and 2011.

Since resuming its dividend hike uptrend in 2012, the company enhanced its total annual dividend payout nearly five-fold. This level of growth corresponds to an average growth rate of 22% per year. Furthermore, the company even accelerated its growth in recent years with a five-year average annual growth rate of nearly 30%.

Can Boeing continue to advance its annual dividends at current rates? Obviously, unforeseen market events or other unpredictable circumstances could put an end to Boeing’s current dividend hike streak. However, the company’s current dividend payout ratio of 40% indicates that it is distributing only a portion of its earnings as dividends and has enough margin left to continue supporting rising dividend payouts, at least for the near term. In addition to having the payout ratio in the sustainable range, Boeing’s current ratio is also 13% lower than the company’s own 46% average over the past five years. This move indicates that the company’s earnings are stronger than its five-year average and that it can support continued dividend boosts.

Investors interested in a company that offers a steady flow of increasing dividend income distributions should complete their own due diligence and consider adding Boeing’s stock to their portfolio. The company has set its next dividend pay date for March 1, 2019. On that date, Boeing will distribute its next round of dividend distributions to all investors who claim share ownership prior to the February 7, 2019 ex-dividend date.

The company’s most recent dividend hike increased the quarterly dividend 20.2% from last period’s $1.71 to the current $2.055 distribution. Based on BA’s dividend hike trend over the past several years, the company most will likely pay the same amount for the remainder of 2019 before offering another dividend hike in the first quarter of 2020. Therefore, the total annual dividend distribution for the current year likely would be $8.22 per share. At the current share price levels, that annualized dividend amount corresponds to a 2.13% forward yield.

This current yield is 4.5% below the company’s own 2.22% average yield over the past five years. However, the current average yield is lower than the five-year average because the company’s share price more than tripled over the past five years. Despite Boeing’s continued annual dividend boosts, the share price advanced at a faster pace. Therefore, the faster asset appreciation suppressed the current dividend yield below yield levels from a few years ago. While the dividend yield declined slightly over the past few years, the asset appreciation over that period helped deliver to shareholders total returns in excess of 200% over the past few years.

Although the current yield trails the company’s own five-year average, it outperforms average yields of Boeing’s industry peers. BA’s current 2.13% yield is nearly 80% above the 1.19% simple average yield of the entire Industrial Goods sector and more than double the 0.98% yield average of the Major Diversified Aerospace-Defense industry segment. Since Boeing offers the segment’s highest yield, it even edged out the current 2.1% yield from one of its closest defense segment competitors, Raytheon Company (NYSE:RTN). Additionally, BA’s current yield is also 35% higher than the simple average yield of the segment’s only dividend-paying companies.