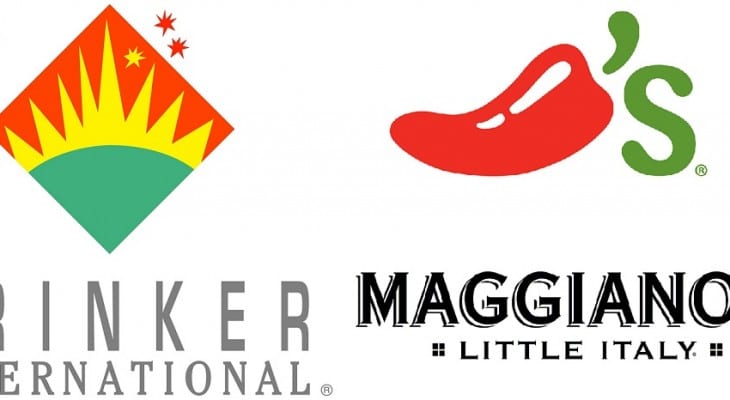 Brinker International, Inc. (NYSE: EAT) currently offers its investors a 4.3% forward dividend yield and a track record of hiking its annual dividend for the past nine consecutive years.

Back in 2017, EAT’s share price fell more than 35% between April and early September, with the stock hitting a low of $29. However, EAT has staged a significant comeback over the past several months and the share price is currently 18% off its 52-week low in September 2017, even after an early February pullback with the broader market.

The 2017 share price decline is the main driver behind the company’s yield increase, which is now reaching impressive levels. Even calculating the forward yield based on the 52-week high share price, which comes out to 3.3%, the percentage is still considerably higher than the industry averages.

Brinker International’s next ex-dividend date will occur on March 8, 2018. The dividend pay date will be three weeks later on March 29, 2018.

Founded in 1975 and based in Dallas, Texas, Brinker International, Inc., owns, operates and franchises casual dining restaurants. As of June 28, 2017, the company owned, operated or franchised nearly 1,700 locations in 31 countries and two U.S. territories. Almost 97% of the current restaurants operate under the Chili’s Grill & Bar brand, and the remaining 3% operate under the Maggiano’s Little Italy brand name.

The company’s current quarterly dividend distribution of $0.38 per share is 11.8% higher than the $0.34 per share quarterly payout from the same period last year. This payout converts to a $1.52 annualized distribution and a current yield of 4.3%, which is 60% higher than company’s 2.7% average yield over the past five years. Calculating the yield with the peak share price over the past year ($45.81) gives a result of 3.3%, which is still almost 25% higher than the five-year average yield.

Brinker has missed a dividend hike only once since it started paying dividends back in 2005. Over the past 13 years, the company has seen a 14.3% average annual growth rate and has increased its total annualized dividend payout 470% since 2005. Since skipping the annual dividend hike and paying a flat dividend in 2009, the company has managed to advance its annual payout amount at an even higher average growth rate of 14.8% per year. The result of compounding annual payouts at nearly 15% for nine consecutive years is a 245% total annual dividend payout enhancement between 2010 and 2018.

Brinker International currently distributes 55% of its earnings as dividends, which indicates that the company should be able to continue supporting a 14% to 15% annual dividend hike. Additionally, the company released its quarterly financials on January 30, 2018 with mixed results. Total revenues were 0.6% lower than analyst’s expectation, who were expecting the same revenue results as the same period last year. The company’s 14.9% operating margin was slightly lower than the 15.1% for the same quarter last year. However, the $0.87 quarterly earnings per diluted share outpaced the expectation of $0.72, an outperformance of nearly 21%.