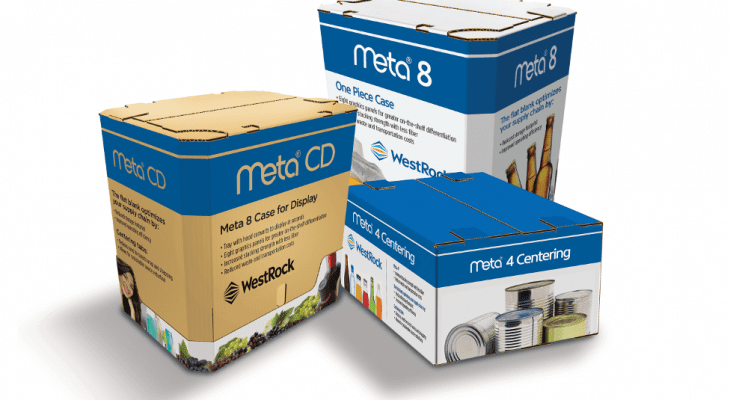 The WestRock Company (NYSE: WRK) — one of the largest providers of protective packaging and shipping products — currently offers a 3.1% dividend yield and its share price could be poised to ride the e-commerce growth wave in support of the company’s rising dividend.

Right now, WestRock faces an interesting predicament – its annual dividend is rising, but the share price has been declining for much of 2018.  Let’s dig into this a little bit.

WestRock was formed through a merger in 2015 and has raised its annual dividend payout every year since. A dividend payout ratio of just 23% indicates that the company’s earnings are more than sufficient to support the current distribution, with continued dividend hikes being a viable possibility. The next dividend hike could potentially occur as early as the fourth quarter of 2018.

Meanwhile, the cyclical nature of the sector means that WestRock has experienced two downturns in its three-year history. The company’s share price lost nearly half of its value during the first six months after the merger, but then nearly doubled over the subsequent two years. However, the stock has been declining again since January.

There is some good news on the horizon for WestRock, though, as the company has announced its intention to acquire KapStone Paper and Packaging (NYSE: KS) — whose share price is almost 50% higher for the year. The new acquisition would contribute a significant sales bump for WestRock’s top line, and the additional revenue should have a positive effect on the company’s share price over the long run.

Should the share price reverse trend — whether because of the positive effects of the KapStone acquisition or a change for the better in the sector’s cycle — WRK could be a source of robust total returns. Wall Street analysts appear to be confident that the share price will achieve significant gains over the upcoming year. The company’s current share price of $56.39 is 9% below the analysts’ lowest price target and more than 23% below the average target price.

West Rock’s upcoming ex-dividend date is on Aug. 9, and all shareholders of record prior to this date will be eligible for the next round of dividend distributions on Aug. 21.

Based in Atlanta, Georgia and formed in 2015 through a merger of Rock-Tenn and the MeadWestvaco Corporation, the WestRock Company manufactures and sells paper and packaging solutions for the consumer and corrugated markets. The company operates through three business segments. The Corrugated Packaging segment produces containerboards, corrugated sheets, corrugated packaging, and preprinted linerboards for consumer and industrial products manufacturers. Furthermore, this segment also offers recycling and waste disposal services. The Consumer Packaging segment manufactures and sells folding and beverage cartons, displays, express mail packages for the overnight courier industry and paperboard packaging for the healthcare market. Additionally, this segment also manufactures temporary and permanent point-of-purchase displays, as well as lithographic and plastic packaging products. Lastly, the company’s Land and Development segment engages in real estate development activities, primarily in Charleston, South Carolina.

The WestRock Company’s current $0.43 per share quarterly payout is 7.5% above the $0.40 distribution amount from the same period last year, which is significantly higher than its average growth rate since the 2015 merger. On an annualized basis, WRK’s dividend amounts to $1.72 payout and a 3.1% forward yield.

The declining share price offset almost all gains of the company’s rising dividend and delivered a marginal total return of 0.15% for the trailing 12 months. However, the total return since the company’s formation in 2015 is almost 17%.

Rising dividend, declining dividend, new dividend announcements, dividend suspensions and other dividend changes occur daily. To make sure you don’t miss any important announcements, sign up for our E-mail Alerts. Let us do the hard work of gathering the data and sending the relevant information directly to your inbox.