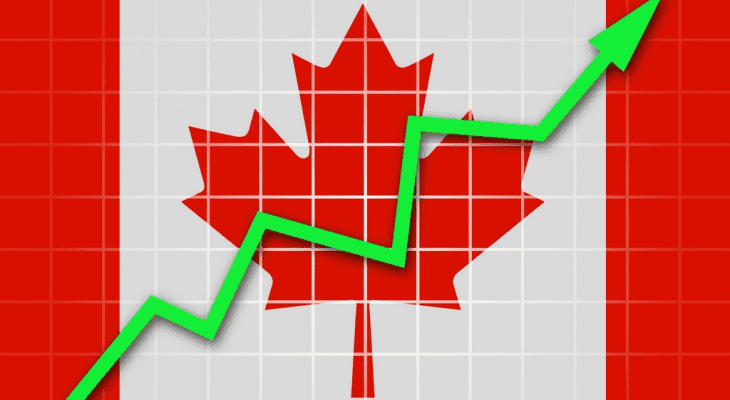 Because many income investors – especially novices and part-time investors – focus their search for potential equities in the U.S. financial markets, many Canadian dividend stocks remain overlooked, despite their high dividend yields and long histories of annual dividend hikes.

Across most global financial markets, many stocks have closed 2018 with some kind of a sell-off trend and a substantial share price decline. However, among the stocks with share price drops are a few featuring companies with strong fundamentals, as well as substantial income distributions from rising dividend payouts.

The list below shows five equities with reliable dividend income distributions that have maintained their share-price level against the downward market pressure or have robust underlying fundamentals that make them appear as discounted buys with strong growth potential.

Most financial media coverage focuses on equities included in the major U.S. indices – Dow Jones, Nasdaq, S&P 500, etc. Therefore, to broaden the spectrum of potential investment opportunities, this list focuses specifically on Canadian dividend stocks. These are stocks of Canadian companies, regardless of whether they trade exclusively on Canadian exchanges or also trade on other exchanges.

While still down over the trailing 12-month period, MIC’s share price declined only 7.7%. This small decline makes this stock more likely to return into positive territory. The share price did not experience as much volatility as other equities. The price initially gained more than 6% and reached its 52-week high of $43.25 on July 25, 2018. After the mid-year peak the share price stayed relatively flat and closed at $40.14 on December 28, 2018. This closing price was 3.6% higher than the Dec. 24 low of $38.75 and 13% higher than it was five years ago.

The company’s current $0.375 (CA$0.51) quarterly dividend is 8.5% above the $0.345 (CA$0.47) payout from the same period last year. The current payout converts to a $1.50 annualized payout and yields 3.7%. Over the past nine consecutive years, the company enhanced its total annual dividend distribution 70%, which is equivalent to an average growth rate of 6.1% per year.

While down more than 15% for the year, the bank’s share price was trending nearly 5% higher when it closed at its 52-week high of $61.82 on September 20, 2018. However, after peaking in the second half of September, the share price followed the overall market sell-off and dropped nearly 22% from the peak level to close on Christmas Eve at its 52-week low of $48.31. After a small improvement, the share price ended the year on Dec. 31 slightly higher. The stock closed at $49.72, which is nearly 3% above its 52-week low. While lower than it was one year earlier, this closing price is 11% higher than it was five years ago.

The bank has been rewarding its shareholders with dividend distributions for more than 160 years and failed to hike its annual payout only once over the past two decades. Even with the one missed hike, the company still managed to maintain an average annual growth rate of more than 10% by enhancing its total annual payout amount more than 640% since 1999. Since missing the dividend boost in 2009, the bank advanced its annual dividend payout 120% over the past eight consecutive years, which corresponds to an average growth rate of 10.3% per year.

While the remaining companies on this list had their ex-dividend dates recently, the Toronto Dominion Bank’s ex-dividend is coming up on January 10, 2019. All shareholders of record prior to that date will receive the next round of dividend distributions on the January 31, 2019, pay date.

The company boosted its annual dividend amount for the first nine consecutive years after initiating dividend distributions in 2000. However, while avoiding all dividend cuts, the company distributed a flat annual payout amount from 2009 to 2014. Since resuming annual dividend hikes in 2015, the company has enhanced its total annual payout amount nearly 40%. This advancement corresponds to an average annual growth rate of 8.6% per year. Since initiating dividends nearly two decades ago, the company advanced its total annual payout more than 450%, which is equivalent to a 10% average annual growth rate.

The bank’s current $0.48 (CA$0.65) quarterly dividend is 8.3% higher than the $0.44 (CA$0.60) dividend that the company paid in the same period one year ago. The $1.91 (CA$2.60) current annualized distribution yields 4.6%. The National Bank of Canada increased its annual dividend distribution amount more than seven-fold over the past two decades with 18 boosts in 20 years. This level of advancement corresponds to a 10.5% average annual growth rate. Over the past nine years of consecutive annual hikes, the company more than doubled its annual dividend payout for an average growth rate of 8.6% per year.

Alternatively, the company managed to boost its annual dividend 18 times over the past two decades and during the past eight consecutive years. Even the 2008 financial crisis did not force the bank to cut its dividend. Instead, the company paid flat annual dividend amounts in 2009 and 2010 and resumed hiking its annual dividend payouts in 2011. The company’s current $1.00 (CA$1.36) quarterly dividend is 4.6% higher than the $0.95 (CA$1.3) payout from the same period last year. This new quarterly yield corresponds to a $4.00 annualized payout and a 5.4% yield.