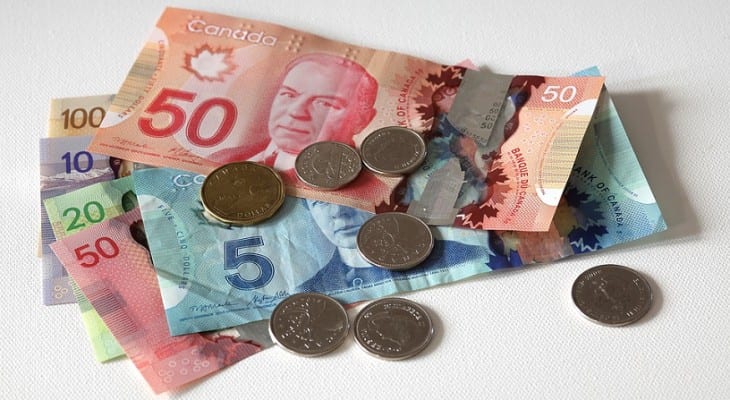 The Canadian Imperial Bank of Commerce (NYSE:CM) rewarded its shareholders with a 2.3% quarterly dividend boost for the upcoming dividend distribution and also offers an above-average yield of 4.4%.

The company has been distributing dividends for a century and a half and has missed a dividend hike only once in the past two decades. In addition to providing a reliable dividend income to its shareholders, the bank also grew its share price, which rose nearly 10%. The combination of share-price appreciation and the quarterly dividend income produce a total return on investment of more than 15% over the past 12 months.

The company has set its next pay date for October 12, 2018, when it will distribute its quarterly dividend to all its shareholders of record prior to the September 27, 2018,  ex-dividend date.

In addition to a century and a half of quarterly dividend distributions, the company also has boosted its annual period payout reliably for most of the years. In the past 19 years, the bank had no dividend cuts and failed to raise its annual dividend in only two years.

In the aftermath of the 2008 financial crisis, when many financial institutions were forced to cut drastically or even eliminate their dividends, the Canadian Imperial Bank of Commerce merely paid the same $2.69 annual dividend from 2008 to 2010 and resumed hiking its annual dividends in 2011.

Since resuming dividend hikes, the bank boosted its annual dividend amount for eight consecutive years at an average growth rate of 5.4% per year, which enhanced its total annual payout amount more than 50% above the 2011 distribution. Even with three years of flat dividends, the company still maintained a 9.65% average annual growth rate over the past 19 years and the annualized payout amount advanced more than 470% during that period.

The company’s share price entered the trailing 12 months on an uptrend and gained more than 13% before peaking at $99.88 on January 5, 2018. After the January peak, the share price gave back its gains over the subsequent 90 days and continued to decline until it bottomed out at $85.64 towards the end of June 2018. However, the share price embarked on an uptrend and recovered more than 75% of those losses to close on September 20, 2018 at $96.45.

This closing price was just 3.4% short of its January peak, 9.4% above its own level from one year earlier and 12.6% higher than the 52-week low from the beginning of the year. Additionally, the 50-day moving average just crossed above the 200-day moving average on September 13, indicating that the share price might have additional upside potential over the next few periods.