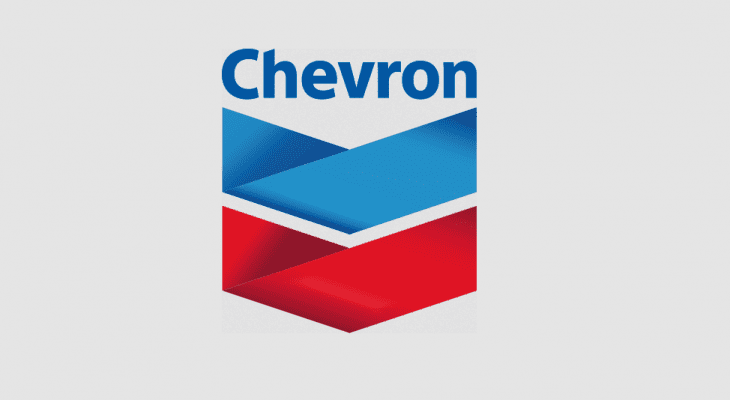 The Chevron Corporation (NYSE:CVX) has rewarded its shareholders with 32 years of consecutive annual dividend hikes and currently offers a 3.5% dividend yield.

Additionally, the company supplemented its long record of dividend boosts with steady asset appreciation over the past two-and-a-half years. The dividend income and the share-price growth combined for total return on shareholders’ investment of more than 25% over the past 12 months and more than 30% over the past three years.

The company will distribute its next dividend on June 11, 2018, to all its shareholders of record prior to the May 17, 2018, ex-dividend date.

Headquartered in San Ramon, California, and tracing its origins to the 1879 founding of the Pacific Coast Oil Company, the Chevron Corporation engages in integrated energy, chemicals and petroleum operations worldwide. The company’s Upstream segment engages in exploration, development and production of crude oil and natural gas, as well as processing, liquefaction, transportation and regasification of liquefied natural gas (LNG).

Additionally, this segment offers natural gas storage facilities and pipelines for crude oil transport. The Downstream segment engages in crude oil refining, as well as manufacturing and marketing of commodity petrochemicals, fuel additives and plastics for industrial uses. Additionally, the company offers cash management, debt financing activities, insurance operations and real estate activities. The Chevron Corporation has been operating as an independent company since it was spun off during the break up of Standard Oil in 1911 under the Sherman Antitrust Act of 1890. The Chevron Corporation is the current owner of the Standard Oil trademark in 16 U.S. states. To prevent the trademark from lapsing, the company owns and operates one Standard-branded gas station in each of the 16 states.

The company’s current $1.12 quarterly dividend payout is 3.7% higher than the $1.08 quarterly distribution in the same period last year. This new quarterly distribution converts to a $4.48 annualized dividend amount and a 3.5% forward dividend yield, which is close to the company’s five-year average yield. Additionally, Chevron Corporations current dividend yield is 44% higher than the 2.42% average dividend yield of the entire Basic Materials sector and more than 18% above the 2.94% simple average yield of all the companies in the Major Integrated Oil & Gas market segment.

The company initiated dividend distributions to its shareholders in 1912, immediately after the breakup of Standard Oil the year before and has hiked its annual dividend every year since 1986. As a component of the S&P 500 index with a 32-year record of consecutive annual dividend hikes and a market capitalization that exceeds $3 billion, the Chevron Corporation is one of the 51 companies designated as Dividend Aristocrats.

However, the company has performed much better since the fall of 2015 and the steadily growing share price over the past 30 months reflects that. Additionally, the company lowered its dividend payout ratio from the 214% average over the past five years to the current 82%. This payout ratio is still a little higher than the 50% upper limit of the sustainable range. However, the company’s payout ratio is moving in the right direction and is an indication that Chevron should be able to support its annual dividend boosts.