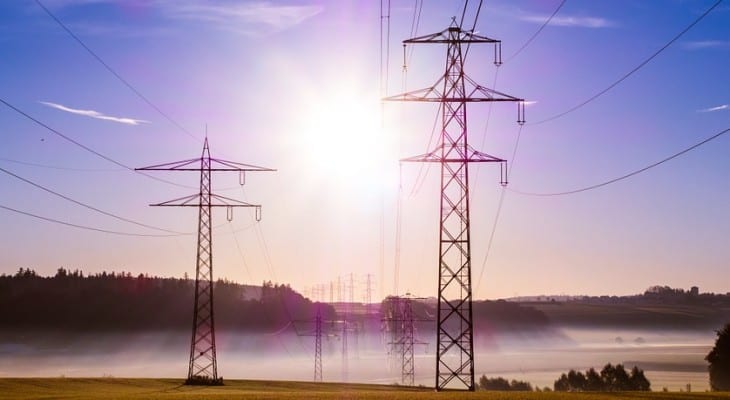 CMS Energy Corporation (NYSE: CMS) has provided an annual dividend hike for the past 11 consecutive years and currently offers its shareholders a 3% dividend yield.

Before offering an annual dividend hike for each of the past 11 consecutive years, CMS had suspended dividend distributions between 2003 and 2006. 11 years later, the story is quite different, and CMS is now outperforming the average industry yield of the entire Utilities sector by a double-digit-percentage margin.

CMS shares saw some volatility recently after the relative uptrend over the past five years ended and the share price reverse direction and lost close to 20%. Prices have since recovered, and while still below the 200-day moving average (MA), the 50-day MA has been advancing since mid-March. Another week or two could see it breach above the 200-day MA in a bullish manner.

However, investors interested in collecting the next round of dividend distributions do not have the luxury of waiting for a definite signal from the technical indicators, as the ex-dividend date is on Aug. 2. Investors must attain the status of a shareholder prior to the ex-dividend date to guarantee eligibility for the Aug. 31 pay date.

Headquartered in Jackson, Michigan and founded in 1987 as a holding company with its principal subsidiaries as Consumers Energy and CMS Enterprises, the CMS Energy Corporation operates as an energy company. The Electric Utility segment generates, purchases, transmits, distributes and sells electricity to residential and commercial customers primarily in Southern Michigan. This segment generates electricity through fossil-fuel-fired plants, as well as renewable energy and nuclear sources. As of June 2018, this segment owned and operated more than 400 miles of high-voltage transmission lines, as well as approximately 57,000 miles of electric distribution overhead lines and almost 11,000 miles of underground distribution lines. The Gas Utility segment is involved in the purchase, transmission, storage, distribution and sale of natural gas. This segment’s gas transmission, storage, and distribution system comprises 1,672 miles of transmission lines, 15 gas storage fields, 28,194 miles of distribution mains and 8 compressor stations. Furthermore, the Enterprises segment engages in the independent power production, marketing activities and development of renewable generation. This segment owns interests in independent power plants with a total generating capacity of more than 1,200 megawatts. The company also operates an industrial bank which provides unsecured consumer installment loans for financing home improvements. It serves 1.8 million electric customers and 1.8 million gas customers, including residential, commercial, and diversified industrial customers in Michigan’s Lower Peninsula.

Last year, CMS paid a $0.333 per share dividend, which is 7.5% lower than the current and upcoming payout of $0.385. This new amount corresponds to a $1.43 annualized distribution and a 3% dividend yield, which is consistent with the company’s average yield over the past five years. Additionally, CMS Energy Corporation’s current yield outperforms the 2.6% simple average yield of the entire Utilities sector by 15%.

With the 11th consecutive annual dividend hike looming, the company’s current annualized yield is almost 620% higher than it was in 2007, when CMS resumed dividend payments after suspending dividend distributions at the end of 2002. This level of growth is equivalent to an average annual growth rate of 19.6% per year.

The 17% decline earlier this year threatened to turn the total return into a loss for the year. However, the share price recovery late in the 12-month period managed to eke out a 6% total return over the last year. The steady share price growth over the previous four years delivered more substantial total returns of 56.6% and 91.4% over the past three and five consecutive years, respectively.

Dividend hike and dividend decrease, new dividend announcements, dividend suspension and other dividend changes occur daily. To make sure you don’t miss any important announcements, sign up for our E-mail Alerts. Let us do the hard work of gathering the data and sending the relevant information directly to your inbox.