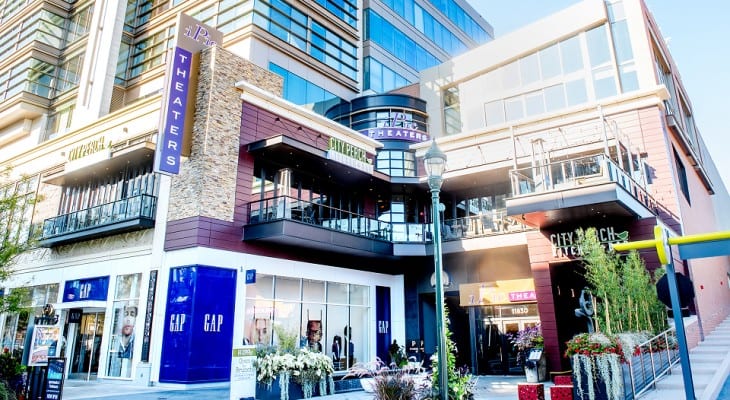 While maintaining its dividend aristocrat designation with continued annual dividend hikes, the Federal Realty Investment Trust (NYSE:FRT) reversed a 35% share price drop over an 18-month period to combine with the trust’s dividend distributions for a double-digit-percentage total return over the past 12 months.

Despite the pullback in 2017 and the first half of 2018, the share price performed well over the past decade. Other than this 18-month-long decline, the share price advanced with minimal volatility over the past 10 years and rose more than three-fold since hitting its 15-year low in the aftermath of the 2008 financial crisis.

In addition to robust asset appreciation over an extended time horizon, Federal Realty also has hiked its annual dividend distribution for the past 51 consecutive years. Since the onset of this dividend hikes streak in 1967, the trust has advanced its total annual payout 34-fold. Over a span of more than five decades, Federal Realty managed to maintain an average dividend growth rate of 7.2% per year.

Headquartered in Rockville, Maryland, and founded in 1962, the Federal Realty Investment trust has been operating as an REIT since 1999. The trust owns, operates and redevelops high-quality retail based properties located primarily in major coastal markets from Washington, D.C., to Boston as well as San Francisco and Los Angeles. The trust focuses its expertise on creating urban, mixed-use neighborhoods like Santana Row in San Jose, California, Pike & Rose in North Bethesda, Maryland, and Assembly Row in Somerville, Massachusetts. These unique and vibrant environments that combine shopping, dining, living and working provide a destination experience valued by their respective communities. As of May 2019, the Federal Realty Investment Trust owned and operated 105 properties in 12 states and the District of Columbia. These properties have a combined leasable space of more than 24 million square feet, spread across approximately 3,000 commercial tenants and more than 2,600 residential units. The REIT earned its Dividend Aristocrat label when the trust became a component of the S&P 500 Index in 2016. The inclusion in the S&P 500 index was the last requirement that the trust needed to become a Dividend Aristocrat, as the REIT already met the market capitalization and consecutive annual dividend hikes requirements prior to that. In fact, the trust had a streak of 49 annual dividend hikes when it earned the Dividend Aristocrat designation in 2016 and became a Dividend King with its 50th consecutive dividend boost the flowing year.

The company’s current $1.02 quarterly payout is 2% higher than the $1 dividend payout from the same period last year. This higher quarterly dividend corresponds to a $4.08 annualized payout amount and a 3.1% forward dividend yield. This current yield is 5.6% above the trust’s own 2.91% average dividend yield over the past five years as well as slightly above the 1.04% simple average of the entire Financial sector.

However, after the overall markets lessened the downward pressure in late December 2018, the share price recovered all its losses by the first week of February 2019. After recovering its most recent losses, the share price continued to advance until it reached it new all-time high of $138.92 on April 5, 2019. This all-time high marked a gain of more than 20% above the 52-week low in just four months.

The dividend advancement over the past three years was unable to overcome the share price drop and delivered to the shareholders an 8.4% total loss for the trailing three-year period. However, the 11% one-year price gain combined with the dividend income yielding more than 3% for a total return on shareholders’ investment of 14.5% over the last year. Over the last five years, the trust delivered a total return of more than 23%.

Take a video tour of our exclusive dividend-screening system