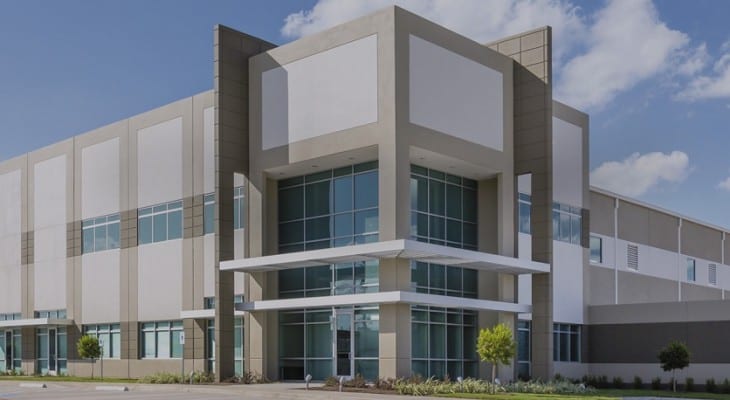 In the last 20 years, the company has never cut its dividend and has managed to increase its annual payout in all but three of those years. In addition to its long-term dividend growth, EastGroup also saw double-digit-percentage asset appreciation over the last year. Combined with the dividend payments, EGP’s total return was 20% over the last 52 weeks.

Headquartered in Ridgeland, Mississippi and founded in 1969, EastGroup Properties, Inc. is a self-administered equity real estate investment trust (REIT) focused on the development, acquisition and operation of industrial properties in major “sunbelt” markets throughout the United States, with an emphasis on the states of Florida, Texas, Arizona, California and North Carolina. As of December 31, 2017, EastGroup Properties owned and operated nearly 40 million square feet of industrial space and had another 11 buildings with a total of 1.6 million square feet of space under development. Facilities in Texas and Florida account for nearly 65% of the company’s portfolio in terms of square footage and generate the proportional amount of net operating income. The company’s shares are included in the S&P SmallCap 600 Index.

EastGroup’s current $0.64 per share quarterly dividend is 3.2% above the $0.62 per share payout from the same period last year. This dividend hike is in line with the company’s dividend growth rates over the past seven and 25 years, respectively. The current quarterly dividend payout yields 3.1% and is equivalent to a $2.56 annualized distribution for 2018.

The upcoming distribution in late March will be the company’s 153rd consecutive quarterly payout. Over the past 20 years, EastGroup failed to hike its annual dividend only three times — in 2009, 2010 and 2011, all a result of the financial crisis. In those three years, the company managed to distribute the same $2.08 annual amount that it paid in 2008. EastGroup has grown its annual payout at an average rate of 3% for the past 25 consecutive years and has augmented its total annual amount by 150%. After resuming increasing dividend hikes in 2012, the REIT continued to grow its annual dividend at an average rate of 3% per year and has boosted its total payout by 23% over the past seven years.