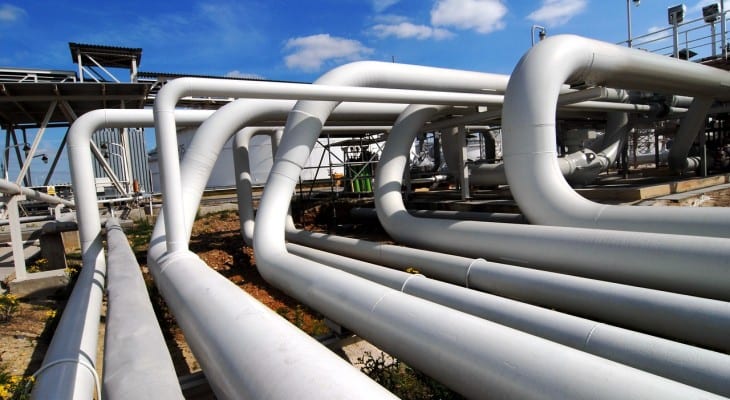 Whether driven by new economic policies or other factors, economic growth increases energy demand and these four investments could provide handsome returns.

Federal Reserve Chair Janet Yellen stated that she expects the Fed’s benchmark interest rate to rise several times in 2017 on a positive economic outlook. Forecasts call for rates rising to 3% by 2019, so investors who also expect strong economic growth should consider buying selected energy stocks that would benefit from these conditions.

Some experts expect that if President Trump and Congress pass anticipated tax reform and reduce onerous business regulations, the U.S. economy will experience a major revival. The most recent data for Mark Skousen’s Gross Output (GO) measure of economic activity indicates a potential uptick in economic activity for 2017.

In addition to the potential benefit from economic growth, all of the following energy stocks offer at least a 5% dividend yield, increasing dividends for at least the last five years and a steady capital appreciation during the last year.

Energy Transfer Equity is one of the largest and most diversified master limited partnerships in the United States. The company specializes in transportation and storage of crude oil, refined products and natural gas.

Its annual dividend yields 6.4% and its $1.14 payout for 2016 was almost 12% higher than the 2015 dividend. The company increased dividend payouts every year since inception. Its dividend payout rose more than six-fold over the last 10 years.

From the all-time high in June 2015, the company’s stock lost almost 90% of its value and reached a 52-week low of just $4.00 on February 8, 2016. However, after that low the share price rose quickly and doubled in a little more than a month. ETE’s share price tripled by the end of April and reached $18.00 by early September.

After that rapid rise, ETE’s share price endured a mild correction and declined almost 24% in two months, before resuming its ascent toward a new 52-week high of $20.05 on January 6, 2017. Despite quadrupling in one year and losing almost 12% since the 52-week high two weeks ago, there might be room for Energy Transfer’s share price to increase further and provide an opportunity to reap double-digit percentage returns.

Since starting to pay dividends in 2011, the company has paid an increasing annual dividend every year. Paid quarterly, the current annual dividend of $3.64 translates to a 6.1% dividend yield.

Stocks of many companies in the oil business lost significant value in 2015 when the price of crude oil dropped from more than $100 per barrel to less than $50 per barrel. Targa’s share price decreased almost 90%. However, the company’s share price has recovered to a near-peak level over the last year.

Founded in 1971, the company was acquired by Anadarko Petroleum Corporation (NYSE: APC) in June 2006. Western Gas Partners resumed paying dividends in 2008, and increased the annual dividend by at least 13% every year since then.

The partnership’s quarterly dividend of $0.86 converts to a $3.44 annual dividend and a 5.8% dividend yield. The current yield is 16% higher than the average five-year dividend yield.