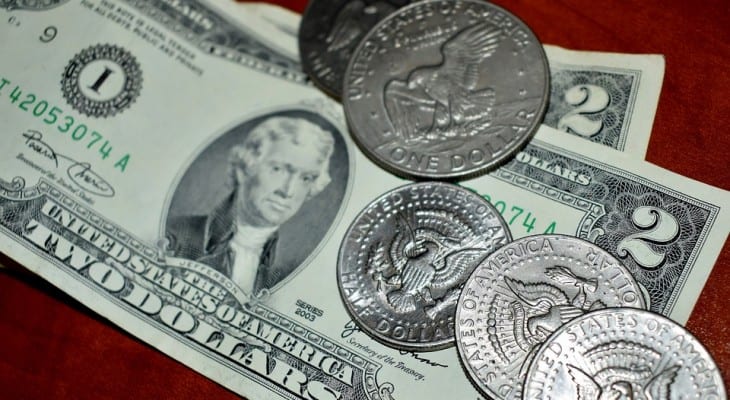 First Commonwealth Financial Corporation (NYSE:FCF) rewarded its investors with a 12.5% quarterly dividend hike and announced its first quarter 2018 financial results on April 24, 2018, which included the highest level of quarterly net income in the company’s history – $23.3 million or $0.24 diluted earnings per share.

In addition to raising its dividend in the short term, the company more than tripled its share price since the end of the 2008-2009 financial crisis. Even over the shorter term of the last 12 months, the company’s rising dividend income distribution and robust asset appreciation combined for a total return on shareholder’s investment of nearly 20%.

The company’s next ex-dividend date is on May 4, 2018, and it will distribute its upcoming dividends to all its shareholders of record just two weeks later on the May 18, 2018, pay date.

Headquartered in Indiana, Pennsylvania, and founded in 1934, the First Commonwealth Financial Corporation operates as a holding company for the First Commonwealth Bank, which provides consumer and commercial banking services in the U.S. Northeast. As of April 2018, the company had $7.4 billion in total assets and operated 135 banking offices and almost 150 automated teller machines (ATMs) in 20 counties throughout western and central Pennsylvania and northern and central Ohio, as well as a Corporate Banking Center in Cleveland, Ohio, and mortgage offices in Stow and Dublin, Ohio.

The company’s current $0.09 dividend distribution corresponds to a $0.36 annualized payout for 2018 and yields 2.4%. First Commonwealth Financial Corporation’s rising share price – which more than doubled in the past five years – suppressed the company’s current yield more than 12% below its 2.7% average yield over the past five years. Following the 2008 financial crisis, the company cut its annual dividend for two years in a row and reduced its annual payout amount more than 90% from $0.68 in 2008 to $0.06 in 2010. These cuts were the only reductions to the company’s annual dividend in two decades.

The company’s share price declined almost 10% over the first four months of the trailing 12-month period and reached its 52-week low of $12.14 on September 7, 2017. However, after bottoming out in early September, the share price embarked on a steep uptrend and regained its losses over the previous four months in just three weeks. The share price continued its ascent until it gained more than 26% over the 52-week low and achieved its 52-week high of $15.32 on December 4, 2017.