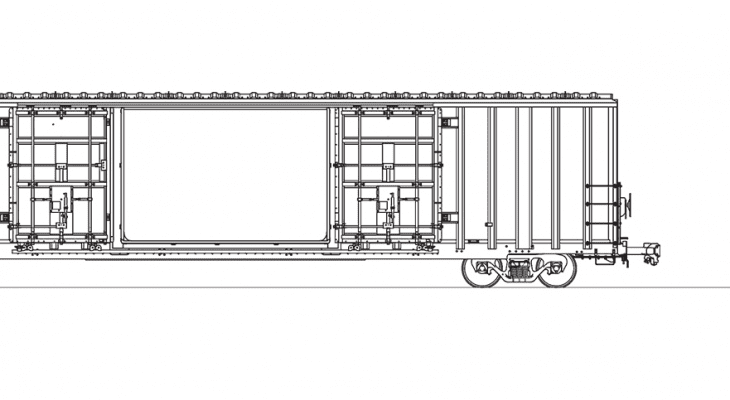 The Greenbrier Companies, Inc. (NYSE:GBX) has had a volatile record of dividend increases and dividend cuts in the first two decades since the company started paying dividends.

However, over the past four years the company presented a steady annual dividend growth trend at an average growth rate of 35% per year. The company’s current 2.1% dividend yield might be on the lower end of the yield scale, but it is average for companies in the railroad industry.

While the company’s current share price is trading at the same level as it did 12 month ago, the company has doubled the share price since January 2016.

The Greenbrier Companies, Inc. will distribute its next dividend distribution on its May 16, 2018, pay date to all its shareholders of record prior to the ex-dividend date on April 24, 2018.

Additionally, the company offers railcar repair, maintenance and retrofitting services through a network of 30 repair shops in North America. The Leasing & Services segment offers railcar leases and fleet management services to a fleet of approximately 340,000 railcars.

The share price fell more than 70% between September 2014 and January 2016. However, the 2014 price peak occurred in the aftermath of crude oil prices spiking to the $100 level in mid-2011 and remaining at that level for several years. Attempting to find cost-efficient transportation, many companies decided to make the trade-off between the speed and accessibility of trucking in favor or the slower but cheaper rail transportation, including intermodal rail services. Intermodal rail service serves a substitute for long haul trucking by load trucking trailers and ocean freight containers at a hub and transporting the cargo cross-country to another hub. 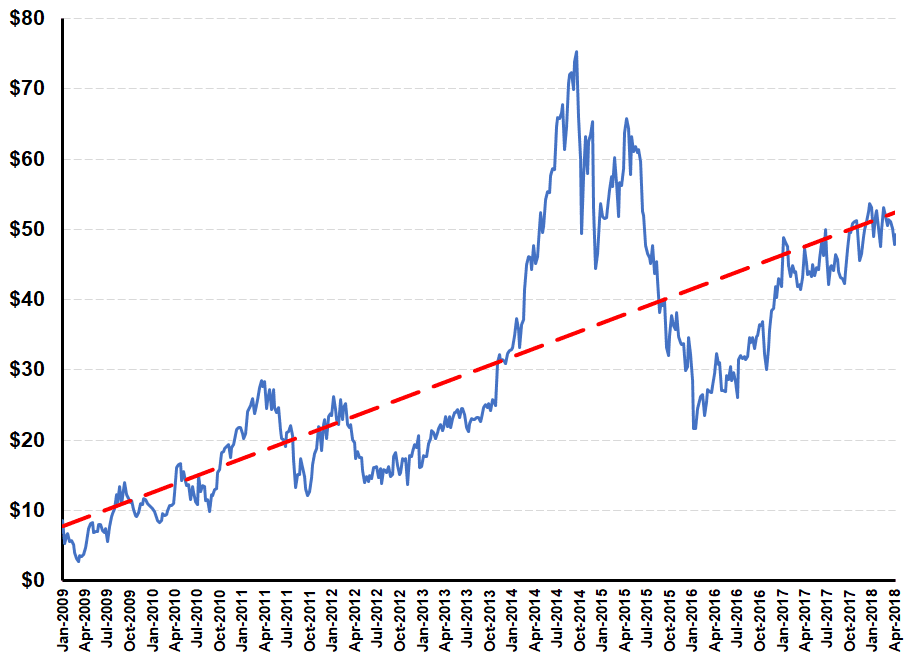 This cargo transportation mode shift created a demand spike for railcars. The chart above shows how this increased demand drove the GBX share price to spike and then drop back to its normal trend level when crude oil price declined sharply in late 2014. The dashed trendline represents the share price’s average growth trend since January 2016 and the share price has been rising at the same pace since January 2017.