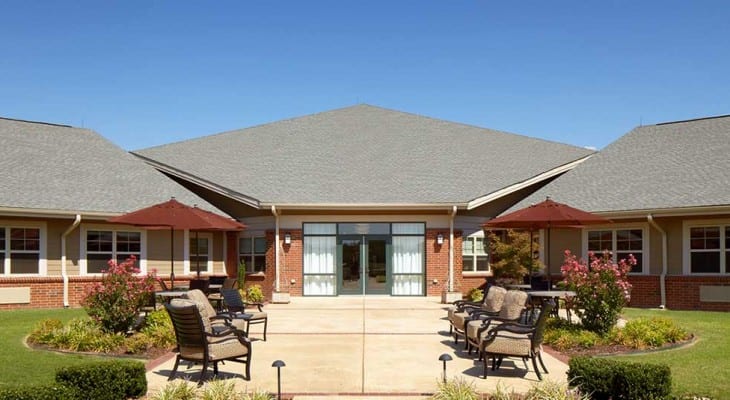 One of the largest health care equity real estate investment trusts (REIT) in the United States just boosted its dividend for the 21st consecutive quarter and pays an above-average yield of 8.2%.

Its share price traded mostly sideways over the last year and is currently within a couple percentage points of the level that it was 12 months ago. However, this equity might be a good fit for investors seeking rising dividend income.

In addition to 21 consecutive quarters of dividend boosts, the company also has a record of hiking its total annual dividend amount for the past 13 years. The company has its next ex-dividend date on October 30, 2017, and its next pay date scheduled for November 15, 2017.

Omega Healthcare Investors is a real estate investment trust (REIT) that finances sale, leaseback, construction and renovation of long-term health care facilities in the United States and the United Kingdom. When Omega Healthcare became listed on the NYSE in 1992, the company was one of the first publicly traded REITs that was explicitly structured to finance the sale, leaseback, construction and renovation of nursing and assisted living facilities. Omega Healthcare merged with Aviv REIT in 2015, which created the largest publicly traded REIT in the United States dedicated specifically to skilled nursing facilities (SNFs).

As of June 30, 2017, the company had 986 facilities in its portfolio. In addition to 52 locations in the United Kingdom, 934 facilities were spread across 42 U.S. states. While OHI owns and leases the buildings, 77 third party operators manage the day-to-day operations at these facilities. Currently, about 85% of the facilities are SNFs and the remaining 15% are senior housing facilities. The company’s biggest concentration is in Ohio, Florida and Texas, with each of these three states accounting for 9% of OHI’s total number of facilities. Michigan, with 7% of total facilities and California with 6%, round out the top five highest facility count states.

After adding $1.3 billion in new investments and capital renovations for 2016, the company currently has about $9.3 billion in gross invested assets. Rental income generates 82% of company’s total revenues. Direct financing leases and mortgage notes each bring in about 7% of total revenue, with the remaining 4% come from other revenue sources.

However, the main draw for investors is the dividend income and OHI does not disappoint on that aspect. The current $0.65 quarterly dividend is 1.6% higher than last quarter’s $0.64 payout. This current quarterly amount yields 8.2% and is equivalent to a $2.60 annual distribution per share. The current yield outperforms OHI’s own 6.3% average yield for the past five years by more than 29%.

Omega Healthcare boosted its dividend distribution for the last 21 consecutive quarters at an average growth rate of 2.1% each quarter. In addition to raising its dividend payout every quarter for more than five years, the company also enhanced its total annual dividend amount every year for the past 14 consecutive years. Over that period, OHI managed a dividend growth rate of 11% per year, which resulted in a total annual dividend appreciation of 333% since 2003.