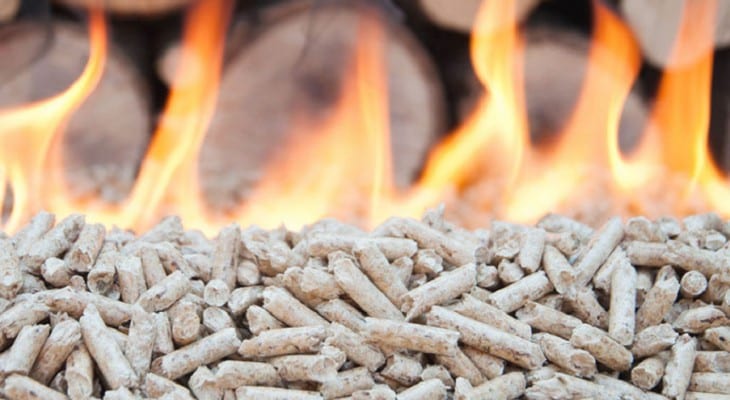 While only four years old, Enviva Partners, LP (NYSE:EVA) — a supplier of wood-derived fuels for the energy-generation industry — has manage to leverage its operational and market advantages to transform itself into one of the high dividend stocks.

The company’s share price lost nearly 50% of its value in the first six months after the initial public offering (IPO). However, since that initial decline, the share price has been rising steadily and has nearly tripled since October 2015. While the share price growth contributes to the company’s double-digit-percentage annual returns, the real draw of one of the high dividend stocks is Enviva’s steady growth of quarterly dividend income payouts.

Headquartered in Bethesda, Maryland, and founded in 2013, Enviva Partners, LP produces, markets and delivers utility-grade wood pellets. With more than three million metric tons produced across seven plants in the Southeastern part of the United States, Enviva Partners is the world’s largest producer of wood pellets. The company supplies its pellets to utilities and large-scale power generators in the United Kingdom and other European markets as a cleaner substitute for coal. Enviva’s wood pellets business has contributed a reduction of greenhouse gas emissions, additionally, since the wood pellets can be produced from fast-growing and small trees specifically planted for this purpose, another benefit of Enviva’ wood pellet manufacturing is a preservation of existing forests. Enviva has long-term supply contracts with the European utilities, which provide stable cash flows. Since the company transforms these stable cash inflows into dividend distributions, Enviva offers a relatively safe way for investors to generate a substantial share of their annual income needs from just one of the high dividend stocks. Enviva Partners GP, LLC operates as the general partner of the company.

Enviva started paying quarterly dividend distributions in the third quarter of 2015. However, after the initial dividend payout, the company has hiked its dividend distribution every quarter for the past 15 consecutive periods. Over this period, Enviva Partners enhanced its quarterly dividend payout amount 145% from $0.263 to $0.645. This dividend advancement pace is equivalent to an average growth rate of 6.2% per quarter. Additionally, the annual dividend grew at an average growth rate of more than 20% per year.

The current $0.645 quarterly distribution corresponds to a $2.58 annualized dividend distribution, which yields 8.7%. This current yield is nearly 630% higher than the 1.19% simple average yield of the overall Industrial Goods sector. Even when compared to the 2.59% average yield of the company’s peers in the Lumber & Wood Production industry segment, Enviva’s current yield is still outperformed hat average by nearly 250%. Furthermore, even using only yields of dividend-paying equities for the calculation raises the segments simple average yield to just slightly above 4%. Therefore, Enviva’s current yield is still 111% higher.

While the share price nearly tripled since its all-time low in late 2015, a closer look at the movement reveals an increased level of volatility — especially over the last two years. Since mid-2017, the share price fluctuations are lasting longer in both directions and have larger magnitudes away from the trendline.

However, the share price reversed direction and recovered all those losses by the end of April 2019. After taking four months for the decline, the share price recovered in the same amount of time and gained more before reaching its new all-time high of $33.18 April 30, 2019. Unfortunately, the share price was unable to hold on to those levels. After closing above the $33 resistance level at the end of four trading sessions, the share price pulled back 10% to below the $30 level and closed on June 19, 2019 at $29.97. The June 19 closing price was nearly 3% higher than it was one year earlier and almost 15% above the 52-week low from mid-December 2018. Additionally, the June 19 closing price was also nearly 40% above the IPO price from March 2015.