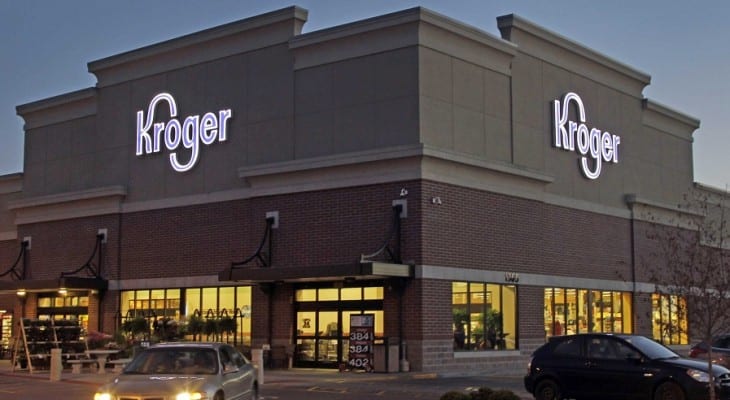 After boosting its annual dividend over a dozen years, The Kroger Company (NYSE:KR) extended its current streak of consecutive annual dividend hikes with a 14.3% boost to its regular quarterly distribution.

While lower than averages in some other high-yield sectors, Kroger’s current yield outperformed easily the average yields of its industry peers. With above-average yields, more than a decade of consecutive annual dividend hikes and a double-digit-percentage dividend growth rate, the Kroger stock certainly has the power to attract potential dividend income investors. However, the company’s share price has been facing some headwinds.

The share price accelerated its growth in mid-2012 and advanced four fold before reaching its all-time high above $42 by the end of 2015. However, that share price spike was unsustainable, and the share price began shedding some of those gains as 2016 began. Despite giving back half of its peak value, the current share price level is still more than double the mid-2012 price before the spike towards its all-time peak.

While the price drop has negative effects on existing shareholders, new investors might be able to take advantage of the current decline. The price reduction is inversely proportional to the dividend yield increase, which means that new investors will receive a higher rate of dividend income relative to their investment.

Furthermore, assuming that the share price begins recovering soon, new investors have an opportunity to take a long position at a substantial discount. Kroger’s current share price has more than 21% room on the upside before reaching the Wall Street analysts’ current target price average of $26.27.

The supermarket space is traditionally a low margin sector. This low margin made it more difficult for traditional grocery store chains to compete against the onslaught of e-commerce. This onslaught came in two different types. One type of competition comes from online retailers entering the brick-and-mortar grocery space, such as Amazon’s (NASDAQ:AMZN) acquisition of Whole Foods Market. The other type of competition comes from traditional retail giants expending into the e-commerce arena, such as Walmart (NYSE:WMT) acquiring the e-commerce specialist Jet.com. To keep pace with these market changes, Kroger is expanding its own e-commerce operation and leveraging the new revenue stream for increased profitability.

After a steep drop between early 2016 and late 2017, the share price jumped on a brief uptrend that extended into the first 60 days of the trailing one-year period. The share price gained more than 13% at the tail end of this uptrend and reached its 52-week high of $32.56 on September 6, 2018. After peaking in early September 2018, the share price reversed trend and embarked on a 9-month downtrend. Despite four attempts to move higher, the share price lost nearly 35% of its peak value and fell to its 52-week low of $21.39 by June 27, 2019.

Since bottoming out in late June, the share price has shown marginal improvements and closed at the end of trading on July 10, 2019, at $21.66. This closing price was still almost 25% lower than it was one year earlier, as well as 13% lower than it was five years ago. However, the gain over the 52-week low in late June was 1.3%.

While the share price struggled, Kroger delivered strong dividend income distributions. The most recent boost increased the quarterly dividend 14.3% from $0.12 to $0.14. This new payout amount corresponds to a $0.64 annualized distribution and a 3% dividend yield. The share price decline drove the current yield nearly 75% higher than Kroger’s own five-year yield average of 1.69%.

Kroger has increased its annual dividend every year since beginning dividend distributions in 2006. Over the past 13 years, Kroger has enhanced is annual payout nearly five-fold, which corresponds to an average annual growth rate of nearly 13% per year. Even over the past five years, Kroger managed to maintain an average annual growth rate of 11.75% per year. Additionally, the current dividend payout ratio of only 24% indicates that Kroger generates sufficient earnings to cover its current dividend distributions, as well as to support future dividend hikes.

Investors that decide to take a long position in the Kroger stock should do so before the company’s next ex-dividend date on August 10, 2019. Kroger will pay its next round of dividend payouts to all eligible shareholders on the September 1, 2019, pay date.