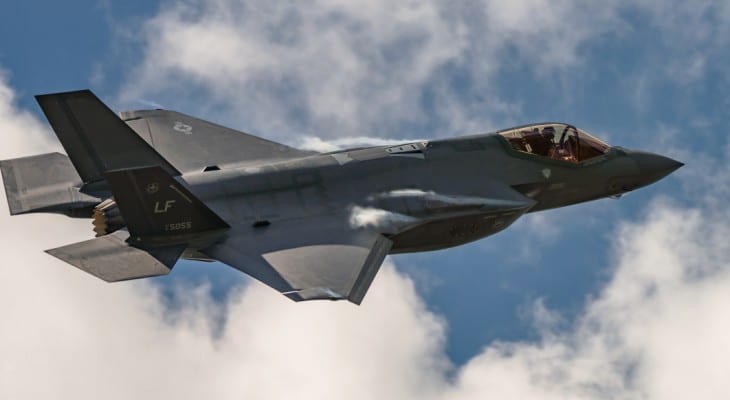 The Lockheed Martin Corporation (NYSE:LMT) hiked its upcoming quarterly dividend another 10%, which brought the company’s streak of annual dividend hikes to 16 consecutive years.

In addition to boosting its dividend payout for so many years, the company also managed to maintain a double-digit percentage dividend growth rate over that period. While the share price stumbled a little during 2018, the long-term asset appreciation is strong, and the company’s current share price is still more than 25% lower than the analyst’s average target price. 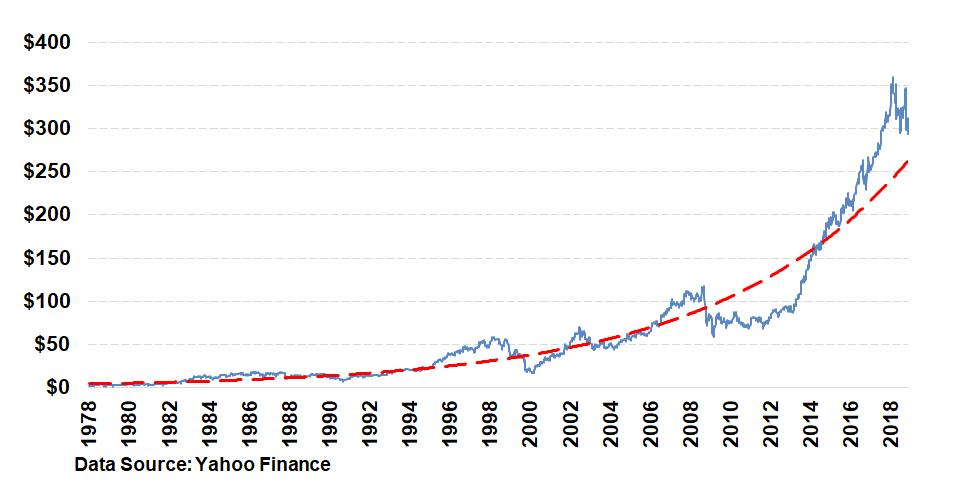 As evident from the chart above, Lockheed Martin has managed to provide its shareholders with reliable capital growth and with only few minor corrections over the past few decades. A loss of the Republican majority in the U.S. House of Representatives would generally spell trouble for defense spending, as well as companies that provide defense products and services, such as Lockheed Martin, Boeing (NYSE:BA), General Dynamics (NYSE:GD) or Northrop Grumman (NYSE:NOC). However, the Congress already has passed and the President Trump has signed the defense spending budget for the next fiscal year in September 2018. Therefore, the companies’ that provide defense products and services should be safe from defense budget cuts at least until the budget for the following fiscal year.

Furthermore the Lockheed Martin Corporation keeps gaining additional contracts. Just in the past week, the company received a contract for nearly $300 million from the U.S. Navy and a $22.7 billion order for 255 F-35 fighter jets. The company also announced that its Skunk Works team has begun the construction of its X-59 Quiet Supersonic Technology aircraft, with $250 million awarded by NASA to provide a supersonic craft for NASA’s Low-Boom Flight Demonstration program. These are just a few of LMT’s projects that should keep the company’s financials in the green and beating estimated earnings consensus – like the company did over the past three consecutive quarters.

Lockheed Martin will distribute its next round of quarterly dividend payouts on the December 28, 2018, pay date to all its shareholders of record prior to the November 30, 2018, ex-dividend date.

While the company’s share price doubled over the past five years, the price encountered some headwinds over the past 12 months. After gaining nearly 14% to reach its 52-week high of $361 on February 15, 2018, the share price entered a period of significant volatility and declined 20% before closing at a year’s low of $286.67 on October 29, 2018. Since bottoming out at the end of October, the price moved up slightly and closed on November 20, 2018 at $293.86, which was approximately 7% lower than one year earlier, 2.5% above the October low and 107% higher than it was five years ago.

As the highest in the Aerospace-Defense Products & Services segment, LMT’s current yield is nearly triple the 1.03% average of all the companies in the segment, as well as double the 1.43% yield average of the segment’s only dividend-paying companies. Also, the company enhanced its total annual dividend 20-fold over the past 15 consecutive years, which corresponds to a 20.6% average annual growth rate. While the share price decline in 2018, delivered a 1.6% total loss for the year, long-term shareholders enjoyed a 41.5% total return over the past three years and a total return of 136.5% over the past five years.