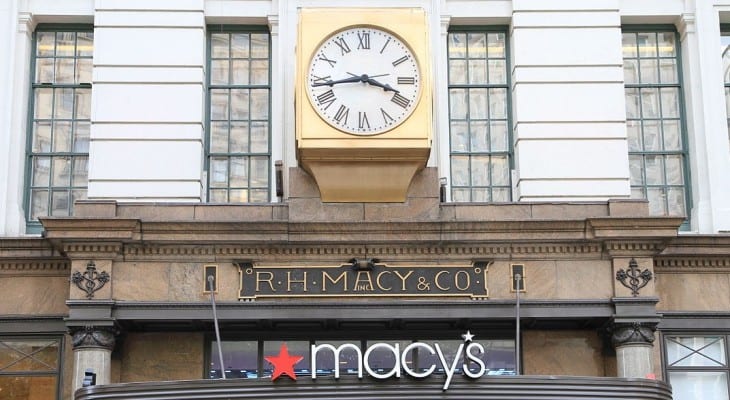 Macy’s, Inc. (NYSE: M) improved performance over the last year resulted in an over 50% one-year total return on investment and a forward dividend yield of 4.3%.

With the ongoing expansion and popularity of online retail, Macy’s has struggled to stay competitive the last few years. Investors felt this pain acutely, as the company’s share price dropped 75% between July 2015 and October 2017.

After double-digit-percentage losses over the past three and five years, Macy’s share price reversed direction and has been trending higher since November 2017 in support of the company’s rising dividend payouts. From a financial perspective, Macy’s turnaround efforts appear to have yielded positive results, with more than $20 billion in sales and 179% year-over-year earnings growth as of late April.

While the company is not in the clear just yet, the outlook is positive for continued share price growth, at least in the near term. Option traders are also betting that the share price’s rising trend will continue at least over the next few months.

Regardless of the long-term outlook of the company, investors who are looking for a combination of good, short-term asset appreciation potential with an above-average dividend yield may want to do their own due diligence to determine whether Macy’s fits within parameters of their portfolio strategy.

Macy’s, Inc. will distribute its next dividend on the July 2, 2018 pay date to all its shareholders of record prior to the June 14, 2018 ex-dividend date.

Based in Cincinnati, Ohio, Macy’s, Inc. is a multi-channel retail organization. In addition to its traditional department stores, the company sells its merchandise through outlet stores, several websites and mobile applications. As of April 2018, the Macy’s, Inc. operated nearly 700 department stores under the Macy’s and Bloomingdale’s brands, as well as 160 specialty stores under the Bloomingdale’s The Outlet, Bluemercury and Macy’s Backstage brands in 44 U.S. states, the District of Columbia, Guam and Puerto Rico. The company also operates as a beauty products and spa retailer. Additionally, the Al Tayer Group LLC operates Bloomingdale’s stores in Dubai and Kuwait under licensing agreements. Founded in 1830 and formerly known as Federated Department Stores, Inc., the company changed its name to Macy’s, Inc. in June 2007.

Macy’s trailing 12-month period began with a decline of more than 26%, as it caught the tail end of one the longest and deepest declines in the company’s public history. This steep decline came to halt on November 7, 2017, when Macy’s reached a 52-week low of $17.41. At this point, a 27-month-long decline reversed course and climbed an incredible 117% in six months to close at a 52-week high of $37.10 on June 4, which was over 50% higher than a year earlier. However, because of the significant price decline over the past few years, Macy’s recent high was still 24% lower than it was five years earlier.

Although the share price has been performing well in the last couple of months, Macy’s dividend distributions have been rising for over the past eight consecutive years. In 2009, Macy’s cut its quarterly dividend more than 60%, but that was the only cut since the company introduced dividend distributions in 2003. Rising annual dividends resumed in 2011 and the total annual payout amount has grown 655% since the cuts in 2011, which equates to an average growth rate of 28.7%.

Macy’s 4.3% yield is the highest in the segment and 70% higher than the 2.55% dividend yield average of the segment’s only dividend-paying companies.