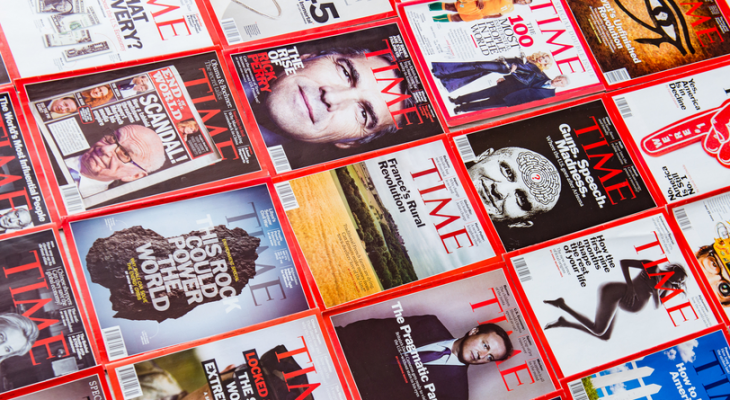 Meredith Corporation (NYSE:MDP) – a magazine publisher – continues to reward its shareholders with strong dividend income distributions over the long term.

While providing a steady asset appreciation for nearly three decades, the company encountered some headwinds in 2007 while converting its business from traditional magazine and newspaper print model and incorporating digital media into its product portfolio. During this transition, the company’s share price lost nearly 80% of its value between May 2007 and February 2009. While experiencing increased volatility, the share price has recovered nearly 85% of its losses and advanced 325% since bottoming out in early 2009.

The share price is down almost 10% over the past 12 months. However, the 50-day moving average (MA) continues to rise after crossing above the 200-day MA on November 9, 2018. Furthermore, the share price also has remained above both moving averages since the beginning of November. These technical indicators might suggest a prolonged uptrend. If the rising trend indeed continues, the current share price has nearly 15% room on the upside before it reaches the analysts’ average target rate of $60.20.

The company will distribute its next dividend on the company’s December 14, 2018 pay date to all its shareholders of record prior to the November 29, 2018 ex-dividend date.

The company’s share price peaked at $71.80 on December 11, 2017 and then settled into a six-month-long decline. After that decline, the share price bottomed out at $47.85 on June 5, 2018 and reversed direction again to embark on a volatile and slow recovery. The share price declined again almost 9% during the overall market pullback in October 2018 but recovered all those losses by the first week in November. While the overall markets continued to struggle, the MDP’s share price maintained its level and closed on November 20, 2018 at $54.44. While still 9.5% lower than it was last year, this closing price was almost 14% higher than the 52-week low from the beginning of June 2018.

Unlike the struggling share price, the company’s dividend continues to advance. The current $0.545 quarterly dividend income payout is 4.8% higher than the $0.52 payout amount from the same period last year. This new dividend amount corresponds to a $2.18 annualized distribution and yields 4%, which is 11% above the company’s own 3.6% five-year average. Furthermore, MDP’s current dividend yield is double the 2% average yield of the overall Services sector, as well as nearly 90% higher than the 2.12% simple average of the Publishing & Newspaper industry segment.

Over the past two decades the company enhanced its total annual dividend income payout nearly eight-fold, which corresponds to an average annual growth rate of nearly 11%. Even over the past decade, the Meredith Corporation managed to maintain an average dividend growth rate of nearly 10% while advancing the total annual payout amount more than 150%