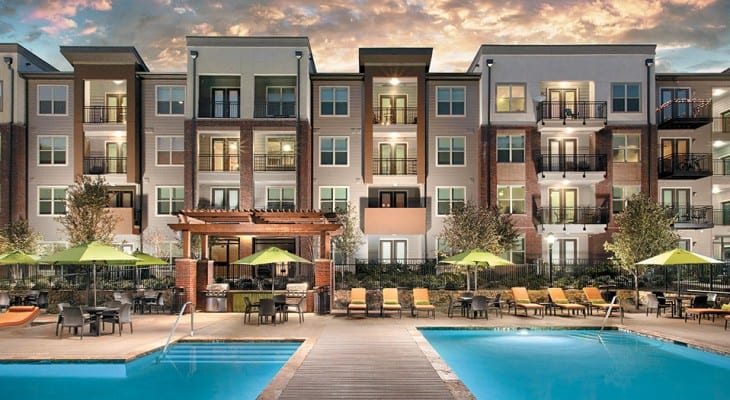 In addition to eight consecutive years of annual dividend hikes, the company managed to avoid dividend cuts over the past two decades. The share price rose almost 10% between March 2017 and mid-October 2017 but declined over the subsequent five months and reached its 52-week low in the first week of February 2018.

While this share price drop handed shareholders a single-digit-percentage loss for the past 12 months, the lower price could be a good opportunity for investors looking to take long position in a regional residential real estate stock that has a long record of delivering reliable dividend income. Investors confident that the share price will reverse trend soon should conduct their own due diligence and, if interested, make sure to be eligible for the next round of dividend distributions on the April 30, 2018 pay date by taking a position before the company’s next ex-dividend date on April 12, 2018.

Headquartered in Memphis, Tennessee and incorporated in 1993, Mid-America Apartment Communities, Inc. is a multifamily-focused real estate investment trust (REIT). The company owns, operates, acquires and develops apartment communities primarily located in the Southeast and Southwest regions of the United States. As of December 31, 2017, MAA owned or had ownership interest in 304 communities with more than 100,000 operating apartment homes in 17 states and the District of Columbia. The company has been included in the S&P 500 index since December 2016.

By October 13, 2017, the share price recovered 86% of its losses before embarking on another downtrend. This time, the share price declined 21.5% before hitting its 52-week low of $85.39 on February 8, 2018. After bottoming out in the first week of February, the share price regained almost 20% of its lost value to close at $89.85 on March 19, 2018. This closing price is approximately 11% below its price level from one year earlier, 5% higher than the 52-week low from early February and approximately 30% higher than it was five years earlier.

Unlike many other companies that reduced or cut their dividends in the aftermath of the 2008 financial crisis, MAA managed to avoid dividend cuts and paid the same $2.46 annual payout in 2009 and 2010 as it did in 2008. The company resumed hiking its dividends in 2011 and has boosted its annual amount for the past eight consecutive years. Over the past eight years, the company increased its annual dividend payouts at an average rate of 5.2% per year, which resulted in a 50% total dividend boost since 2011. The average annual dividend growth rate over the past eight consecutive years is double the 2.6% annual growth rate that the company paid over the past two decades.

The rising dividend income was not enough to overcome the effects of the share price drop and the company delivered to its shareholders a 6.2% total loss over the past year. However, over the longer periods of three and five years, the company rewarded its shareholders with total returns of 32% and 53%, respectively.