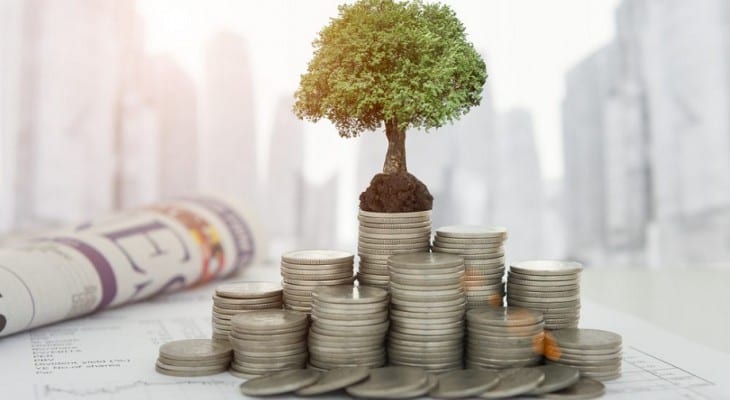 As one of the monthly dividend stocks, the Stellus Capital Investment Corporation (NYSE:SCM) has been rewarding its investors with a steady flow of dividend income since the company’s formation in 2012 and currently also offers a dividend yield of nearly 10%.

In addition to the steady distribution of monthly dividend income, the company’s current dividend yield of 10% presently outperforms average industry yields. Furthermore, while experiencing some volatility, the company’s share price nearly doubled over a three-year period that began in February 2016. The volatility was especially prominent during 2018. The share price fluctuated along a flat trend for most of the year before dipping to the year’s low in December. However, the share price performance in 2019 was significantly less volatile and more upward.

While the Stellus Capital Investment Corporation’s income distributions certainly justify the company’s place among reliable monthly dividend stocks, the share price and analysts outlook support the company’s positive expectations from the share price angle. Currently, 57% of analysts covering the stock — four out of seven — have either a “Buy” (1) or “Strong Buy” (3) recommendation, with the remaining three analysts recommending a “Hold.” Furthermore, the company’s most recent closing price has at least 7% of room on the upside before it reaches the Wall Street analysts’ $14.70 target price.

The Stellus Capital Investment Corporation share price has pulled back nearly 10% from its 52-week high in February 2019. While the decline lessened capital gains of existing shareholders, new investors could see the current pullback as an opportunity to pick up a few shares of this monthly dividend stock at discounted prices. Even if the share price makes only small gains over the near term, investors can still enjoy collecting monthly dividend income distributions with an annualized yield of nearly 10%.

Like many other monthly dividend stocks, the Stellus Capital Investment Corporation distributed its income payouts in the middle of the month. The next ex-dividend date should occur around July 30, 2019, and the company will distribute that round of distributions on August 15, 2019, to all shareholders of record prior to the late-July ex-dividend date.

Formed as a spin-off from the D. E. Shaw & Company in 2012, the Stellus Capital Investment Corporation is an externally managed, closed-end, non-diversified management investment company that has elected to be regulated as a business development company under the Investment Company Act of 1940. Stellus Capital Investment Corporation’s investment objective is to maximize the total return to its stockholders in the form of current income and capital appreciation. The firm invests primarily in private middle-market companies — typically those with $5.0 million to $50.0 million of EBITDA (earnings before interest, taxes, depreciation and amortization) — through various types of debt financing, often with a corresponding equity investment. Stellus Capital Management — an investment advisory firm led by the former head and certain senior investment professionals of the D. E. Shaw & Co’s direct capital business — is SCM’s investment adviser and manages its investment activities. The Stellus Capital Investment Corporation manages its investments through two platforms — private credit and energy private equity. As of March 31, 2019, the firm had more than $1.5 billion of assets under management. The company spread these assets across 20 industries with the three largest accounting for a third of those assets — Business Services (16%) Health Care & Pharmaceuticals (12%) and Consumer Goods Durables (8%). Geographically, the firm invested more than one quarter of the firm’s currents assets under management in Texas (18%), California (17%) and Ohio (9%).

Since switching to monthly distributions, the company has paid the same $0.133 monthly amount for the past 66 consecutive months. This monthly income payout is equivalent to a $1.36 annualized payout and a 9.8% forward dividend yield at the present share price level.

The company’s share price experienced some volatility and traded mostly sideways in the first five months of the trailing one-year period. Pressured by the overall market correction in December 2018, the share price dropped to its 52-week low of $11.91 on December 24, 2018. After bottoming out in late December, the share price reversed trend and rose more than 27% in two months to reach its 52-week high of $15.20 on February 22, 2019.