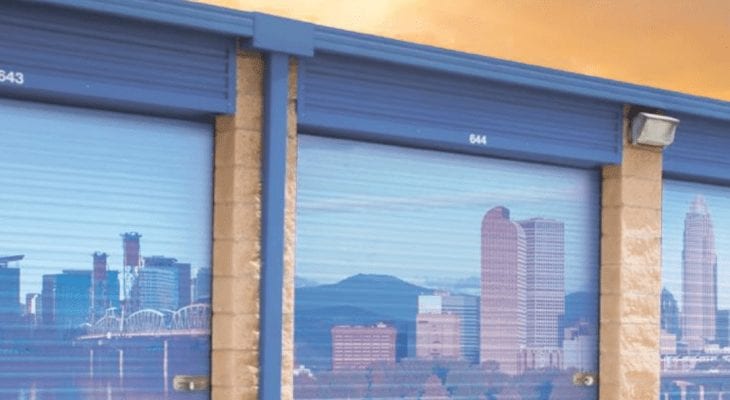 The National Storage Affiliates Trust boosted its most recent quarterly dividend 7.7% and rewards its shareholders with a 4.2% dividend yield, which is higher than the Financials sector’s average yield.

Formed in 2013 and based in Greenwood Village, Colorado, National Storage Affiliates is a self-administered, self-managed real estate investment trust (REIT) whose primary focus is acquisition, ownership and operation of self-storage facilities. The company operates and expands through ongoing contributions from its Participating Regional Operators (PROs), third party acquisitions and joint venture partnerships. Since its formation in 2013 by three self-storage operators that collectively owned 100 properties, the REIT has added five additional operators and expanded its property base more than five-fold. As of November 1, 2017, NSA had ownership interests in and operated 512 self-storage properties located in 29 states with more than 250,000 individual storage units that have a combined rentable space of approximately 32 million square feet. Out of the 512 total facilities, the trust wholly owns 441 locations and the remaining 71 locations are owned through joint ventures. According to the 2016 Self-Storage Almanac, NSA is the sixth-largest owner and operator of self-storage facilities in the United States.

The REIT boosted its $0.26 quarterly dividend from the previous period by 7.7% to the current $0.28 dividend payout. This current quarterly dividend converts to a $1.12 annualized dividend amount and yields 4.2%. The trust’s current yield is 10% higher than the 3.84% average yield of the Financials sector and 9.5% higher than the 3.86% average yield of all the companies in the Industrial REITs segment.

Over the 11 quarters since the REIT’s initial public offering in 2015, the trust hiked its dividend distribution amount six times, which is an average of more than twice per year. The result of these hikes is an average growth rate of 5.8% per quarter and the doubling of the quarterly dividend amount in less than three years. The average quarterly growth rate is equivalent to a 25%-plus average annual growth rate.

The combination of a rising dividend that pays above-average yield and a substantial asset appreciation over the last 12 months have rewarded National Storage Affiliates Trust’s shareholders with a 33.9% total return. If the REIT pays the same current dividend amount next quarter, the three-year total return will be 123%.