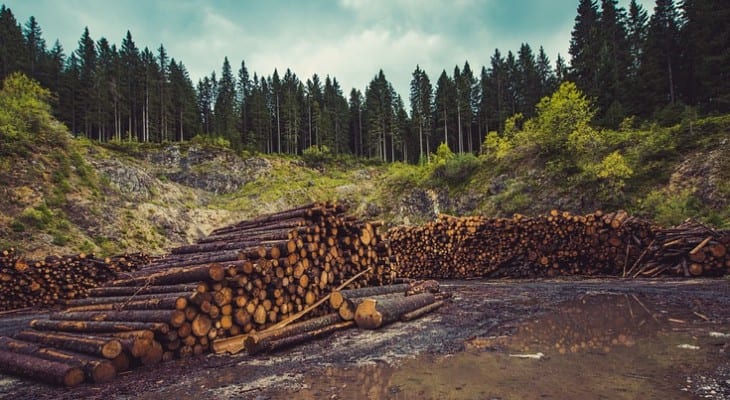 Pope Resources LP (NASDAQ: POPE) — a Delaware Limited Partnership that manages timber resources in the U.S. Northwest — is going to boost its quarterly distribution amount nearly 15% for the upcoming payout in mid-September 2018.

In addition, the partnership’s unit price has grown steadily over the long term. Though this growth has been accompanied by a level of volatility that many risk-averse investors would strive to avoid, it is a level normal for what can be expected from small-cap master limited partnerships (MLPs).

As such, investors looking to diversify their portfolio away from trade conflict-prone large-cap technology, manufacturing and basic materials companies should consider doing some research on Pope Resources.

If this research indicates that POPE would be good fit for an investment portfolio strategy, investors may want to take a position before the increased quarterly distribution payout on September 20, 2018. To do so, investors need to acquire units before the ex-dividend date of Sept. 5.

The partnership’s unit price traded relatively flat between the beginning of the trailing 12-month period and the end of January 2018. The unit price then followed the overall market pullback in the first week of February 2018 and declined more than 5% in just one week to reach its 52-week low. However, the unit price recovered fully by the end of February and embarked on a more pronounced uptrend at the beginning of March 2018. After bottoming out in early February, the share price advanced more than 10% before it peaked at its 52-week high of $73.50 on June 26, 2018.

Even with one quarterly distribution cut and two years of flat payments, the firm has enhanced its annual distribution amount more than 13-fold and has managed an average growth rate of nearly 19% over the past 15 years. Furthermore, the company’s unit price rose more than four-fold over the past seven years — equivalent to an average annual growth rate of almost 21%.