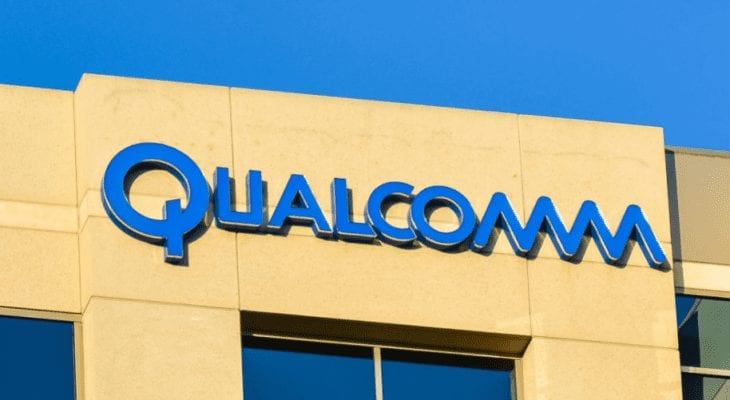 Semiconductor heavyweight QUALCOMM Incorporated (NASDAQ: QCOM) has boosted its annual dividend every year since it introduced distribution payments 15 years ago and currently offers shareholders a 3.7% dividend yield, which outperforms industry averages by double- and triple-digit-percentage margins.

In addition to the steady dividend advancement, the company’s share price has also grown significantly, despite two significant pullbacks in the past decade and a half. Since bottoming out in mid-2002 and reversing the downtrend caused by the bursting of the internet bubble in 2000, QCOM’s share price has risen more than four-fold.

Some time back, Taiwan’s Fair Trade Commission had decided to fine QCOM nearly $800 million due to complaints that the company’s wireless licensing fees were too high. However, QCOM got a stroke of good luck last week when it was announced that the decision had been reversed. Under the revised decision, QUALCOMM can continue charging the same licensing fees and does not have to pay $700 million of the fine, as long as it invests those funds into Taiwanese firms over the next five years.

Having dodged a major fine, QCOM could have another trump card to play. According to a recent Barron’s article, QUALCOMM claims to have an advantage in the development of the new generation of chipsets that will support the next major disruption in wireless technology — 5G communication networks. Once fully implemented, the new network technology will provide communication transfer rates possibly 1000 times faster than the current 4G networks.

QUALCOMM has set its next dividend pay date for September 26, 2018. On that date, the company will distribute its next round of payouts to all shareholders of record prior to the Sept. 4 ex-dividend date .

However, the stock reversed direction again and gained nearly 35% to close on Aug. 22 at $66.84, which was within 3% of the November 2017 peak price. The company’s total returns over the past five and three years of 15% and 28%, respectively, were positive, but below expectations. Thankfully, the total return over the past 12 months was significantly higher at 32.6%.