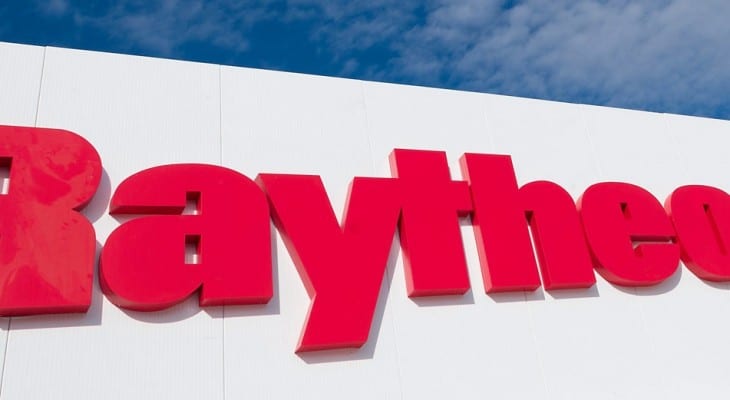 The Raytheon Company (NYSE:RTN) announced its 14th consecutive boost to its annual dividend by hiking its quarterly payout nearly 9% to boost its current yield to 1.63%.

While company’s current yield of 1.63% seems low compared to other industries, this stock is best suited for investors looking for steady asset appreciation with reliable dividend income over the long term. Under those specific conditions, the Raytheon Company delivers results.

The small dividend distribution combined with the share price growth for a total return of more than 40% in the past 12 months. Additionally, the total return rose more than 300% over the past five years.

Investors looking for this combination of share price growth and rising dividend income should perform their own due diligence on Raytheon‘s fundamentals and ensure eligibility for the next round of distributions on the May 10, 2018, pay date by taking a long position before the company’s next ex-dividend date on April 10, 2018.

The company’s most recent quarterly dividend hike was an 8.8% boost from $0.7975 in the previous period to the current $0.8675 dividend payout per share. This new quarterly payout converts to a $3.47 annualized distribution amount and a 1.63% yield. Because the share price rose nearly 40% over the past year, the company’s current yield is approximately 19% below its own five-year average yield. 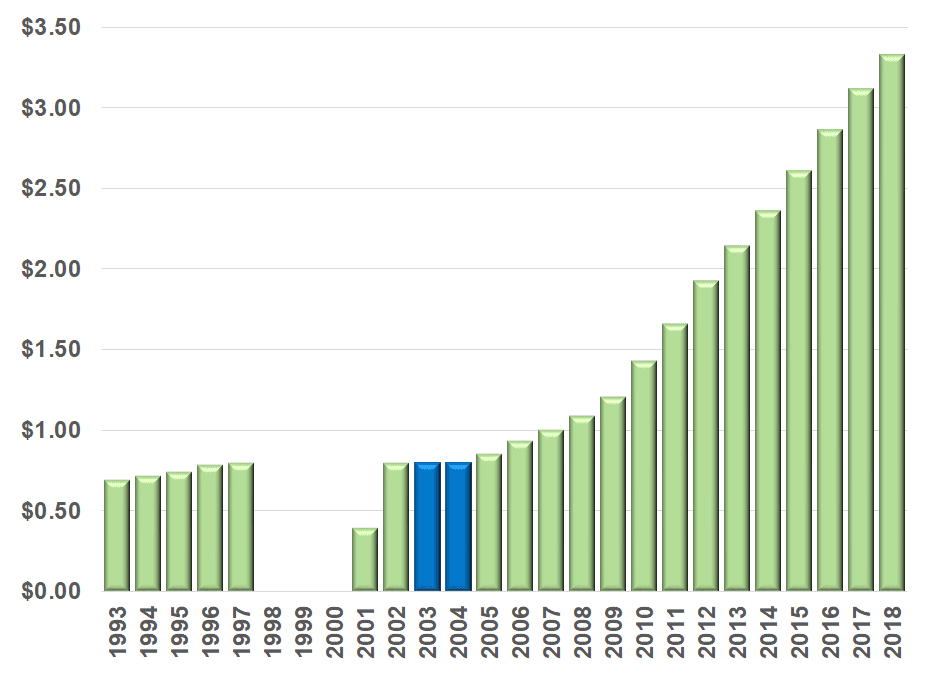 The company’s share price hit its 52-week bottom approximately two weeks into the trailing 12 months and closed on April 5, 2017 at $149.95. After bottoming out in early April the share price advanced almost 47% before it reached its new 52-week high of $219.86 on February 26, 2018, which was the highest price level in nearly eight years.

The asset appreciation was the main driver that resulted in a 41.6% total return over the past 12 months. Additionally, the share price growth and the increasing dividend income combined for total returns of 98% and 301% over the past three and five years, respectively.