Retailer Pays 4.2% Yield and a Decade of Dividend Hikes 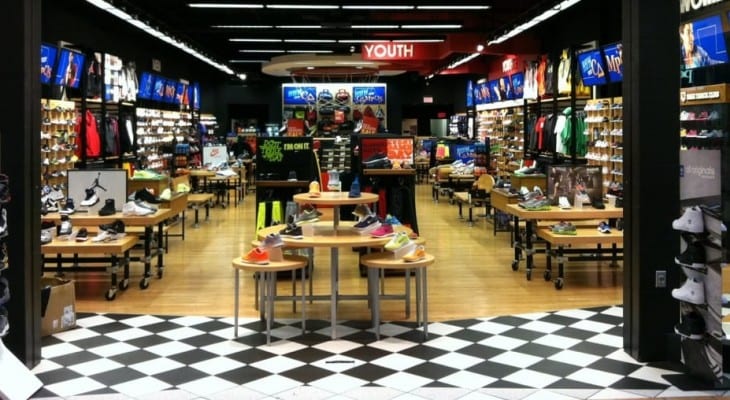 A retail company has rewarded its investors with a decade of dividend hikes and currently offers a dividend yield of 4.2%.

While the share price of Finish Line, Inc. (The) (NASDAQ:FINL) is not showing any clear sign of a trend reversal of long-term appreciation, speculation of a buyout could boost the share price high enough to entice some risk-tolerant investors.

The company just paid its most recent quarterly dividend in early September and the next ex-dividend is expected sometime in late November, with a pay date to follow in mid-December 2017.

Founded in 1976 and based in Indianapolis, The Finish Line, Inc., operates as a specialty retailer of athletic shoes, apparel and accessories in the United States and Puerto Rico.

The company offers athletic shoes, as well as an assortment of apparel and accessories from a variety of athletic and sports brands like Nike, adidas, Under Armour, Puma, etc. Additionally, the Finish Line operates as the in-store and online retailer of athletic shoes for Macy’s Retail Holdings, Inc., Macy’s Puerto Rico, Inc. and Macys.com, Inc. As of September 2017, the company operated a total of 950 branded shops inside Macy’s department stores and stores located in shopping malls throughout the United States and Puerto Rico.

It is unlikely that the Finish Line’s share price will make a miraculous recovery on its own in the near term. Strategic Resource Group’s Managing Director Burt Flickinger, who is credited with creating the term “retail ice age,” discussed his outlook for retail in a recent interview at the Fox Business Network and indicated that the current supply of retail space exceeds the customer demand by 300%. He added that the oversupply will not be resolved before 2020.

However, Barron’s reported that Sam Poser, Susquehanna Financial Group’s Footwear & Apparel Analyst, and his team upgraded FINL from Neutral to Positive on September 13, 2017, and set a $12 target price based on an estimated 75% possibility that FINL could be acquired in the near future. Mr. Poser stated:

“We believe that the poison pill is in place to force a conversation with Sports Direct International (SPD) and prevent a change of control through ‘open market accumulation (of FINL stock) or coercive takeover tactics,’ especially as the FINL stock price is in close vicinity of its five-year low. Our $12 price target reflects a 75% probability that SPD acquires FINL at ~$13.30 and a 25% probability that FINL remains a standalone business and the stock goes to $8.”

I must emphasize that the outlook for the Finish Line’s share price is not promising at this point and that there are plenty of stock picks that offer lower-risk potential for long term total returns. However, a risk-tolerant investor who believes that the acquisition mentioned by Mr. Poser is likely, might be intrigued with the potential payback, while collecting a 4.2% dividend income on the initial investment.