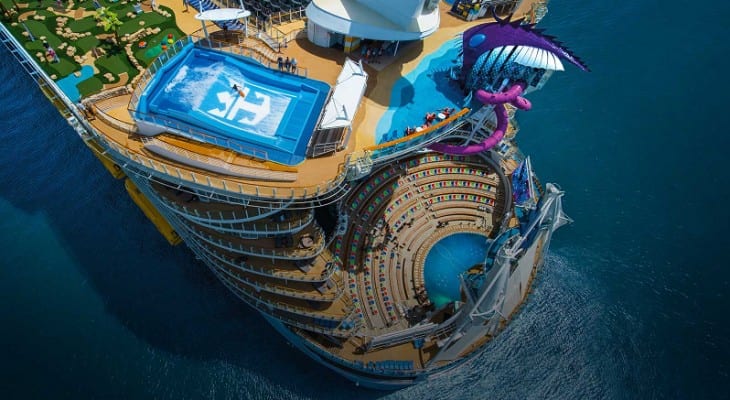 After more than a decade of dividend payments, Royal Caribbean suspended distributions in 2009 and did not resume them until the third quarter of 2011. However, since restarting regular quarterly dividend payouts in 2011, RCL has offered and annual dividend hike every year.

With a dividend payout ratio of only 30%, RCL is well situated to continue its dividend hike streak in the near future, as the company generates more-than-sufficient earnings to cover its quarterly dividend payments. In fact, its current payout ratio is slightly lower than the five-year average.

Corresponding to the reinstating of dividend payments, RCL’s stock price has grown significantly since mid-2011 as well, more than six-fold to be exact. Furthermore, the growth occurred at a relatively steady pace with minimal volatility, suffering just two significant corrections over the past seven years – one in 2016 and the most recent in the first half of 2018.

Despite having recovered somewhat from the decline earlier this year, RCL’s share price is still comfortably below the average target price of Wall Street analysts. Currently trading around $125, and with an average price target of nearly $142, RCL’s share price could have another 15% to 20% upside potential.

The 50-day moving average (MA) has been gaining on the 200-day MA as well, moving from being 10% below to just 2% below in about two months. Assuming the share price maintains its current uptrend, the 50-day MA could cross above the 200-day MA in a bullish manner within the next week or two.

However, interested investors looking to take advantage of the current dividend hike do not have the luxury of waiting for such an occurrence. The company’s next ex-dividend date is approaching quickly on September 20, 2018. RCL will distribute its next round of quarterly dividend payments on the October 11, 2018, pay date.

Headquartered in Miami, Florida and founded in 1969, Royal Caribbean Cruises Ltd. operates as a cruise company. The company operates cruises under six distinctive brands – Royal Caribbean International, Celebrity Cruises, Silversea Cruises, TUI Cruises, Pullmantur Cruises and Azamara Club Cruises brands. As of September 2018, the company operated 59 ships across all six brands with itineraries ranging from 2 to 23 nights to approximately 540 destinations on seven continents. Additionally, the RCL has ownership stake in SkySea, which is a joint venture with Ctrip.com – a pioneer and leader in the online travel world. Established in 2015, SkySea currently has one vessel and sails regular itineraries from Shanghai, China. In fiscal 2017, the company generated $1.625 billion of net income on nearly $8.8 of total revenues. This performance translated into a $7.53 adjusted earnings per diluted share, which was an improvement of nearly 28% over the $6.08 earnings per share figure in 2016.

The company’s most recent dividend hike raised the quarterly payout amount from $0.60 in the previous period to the current $0.70 distribution. This new amount corresponds to a $2.80 annualized dividend payout and yields 2.2%. While the current yield might seem low compared overall market averages, RCL’s current yield is almost 31% higher than the company’s own five-year average yield of 1.7%.

Furthermore, the company’s current dividend yield is on the same level as the 2.25% average yield of RCLs dividend-paying peers in the Hotels & Gaming industry segment, as well as 31% above the 1.7% average of all companies in that segment and 15% higher than the 1.93% simple average yield of the entire Services sector.

Since resuming dividend distributions in 2011, RCL’s total annual Dividend amount increased seven-fold. This level of growth is equivalent to an average growth rate of 8.4% each quarter, or more than 38% per year.