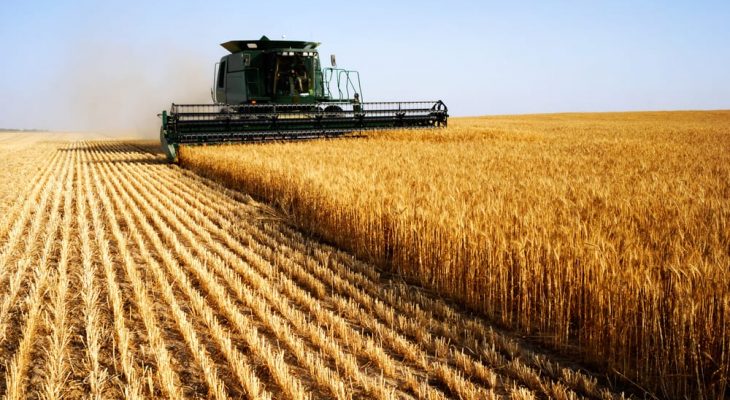 Seven farming investments to purchase for income investors to reap robust returns seem to be strong choices even as Russia’s President Vladimir Putin keeps ordering new attacks against Ukraine and its people who are putting up staunch resistance.

The seven farming investments to purchase feature stocks and broad commodity funds that offer investors multiple catalysts. Key reasons for purchasing agricultural stocks and funds are that grain and oilseed prices are rising.

Global grain and oilseed markets were tight heading into 2022, and the Putin’s war in Ukraine has caused a decreased supply, according to a recent report from BofA Global Research. Since the start of 2022, Chicago Board of Trade (CBOT)  wheat prices nearly doubled from $7.80 per bushel to $14.25 before settling back down to $11.67.

The U.S. Department of Agriculture released its latest World Agriculture Supply and Demand Estimates (WASDE) report on May 12, offering initial projections for the industry marketing year 2022/23. The report trimmed the outlook for global wheat production by 3.6 million metric tons (MMT) MT to 774.8 MMT. Reduced supply is projected from Ukraine, Argentina and Australia, while increases were forecast for Canada, Russia and the United States.

Global consumption is projected at 787.5 MMT, while the U.S farm gate price is forecast to be 65% higher than the same time a year ago, according to U.S. Wheat Associates.

Meanwhile, corn prices have climbed past $8.08 per bushel, an increase of more than 30% so far this year, while soybean prices have rallied more than 30%, reached $17.40 per bushel late last month and traded at $17.23 per bushel on May 13. The three commodities repriced significantly higher, reflecting the likelihood of prolonged disruptions to Ukraine’s agriculture exports and concerns about rising input costs, as well as fertilizer shortages. While prices look high from a historical perspective, tight fundamentals likely will boost spot prices, according to BofA.

Ukraine grain and oilseed shipments have reportedly fallen more than 80% from approximately 5-6mn mt per month in 2020-21 to roughly 1mn mt per month recently, BofA wrote in a recent research note. These lost exports, if annualized, equate to about 10 days of world food supply, BofA added.

“Fuel, fertilizer and seed shortages, and Russian military presence could disrupt Ukraine’s spring planting and wheat crop harvest this summer, which could lead to sustained shortfalls,” BofA warned. “Drought in U.S., Canada and China has the potential to further add to the tightness, especially for wheat.”

Buyers have leaned on other places to source grain, but ultimately the world has less food than before the war, BofA cautioned. If supply shortfalls outside Ukraine materialize, more food security measures may be needed, push prices even higher and hit emerging market economies the hardest.

Global fertilizer prices have zoomed at least 300% since 2020 due to soaring energy costs, economic sanctions and hoarding, BofA wrote. The fertilizer price spike added about $1 per bushel and $0.60 per bushel to corn and soybean costs, respectively. Many farmers pay the increase, while others could opt to cut their use of fertilizer and risk reduced yield.

The shelling of hospitals, schools, residential areas, churches, nuclear power plants, oil refineries and a theater used as a shelter became a precursor to brutal rapes, torture and outright executions of Ukrainian civilians that caused many countries to put sanctions on Russia. The sanctions include scaling back or severing ties with Russia as a producer of grain, oil and natural gas.

Russia’s loss directly from Putin’s invasion are leading to potential gains for Western oil companies that are trying to fill the void for European and other customers seeking to wean themselves away from buying Russian commodities that are helping to fund the war against Ukraine. As an old adage goes, there always is a bull market somewhere. One of the newest is in agriculture.

Fertilizer Stocks Are Among Seven Farming Investments to Purchase for Income

Fertilizer manufacturers appear most likely to profit from Russia’s attack against Ukraine, said Bryan Perry, head of the Cash Machine investment newsletter, as well as the Premium Income, Quick Income Trader, Hi-Tech Trader and Breakout Options Alert advisory services. While there may be “demand destruction” in energy markets, there will not be in the global food supply and demand curves, he added. 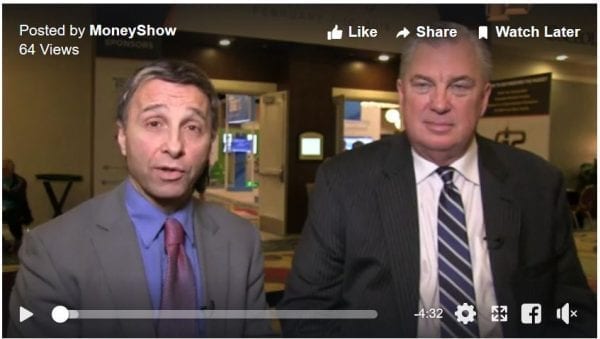 Wheat, corn and soybean prices jumped upon the full revelation of the Russian attack of Ukraine, Perry continued. One of the biggest winners from pure demand and sanctions will be CF Industries Holdings, Inc. (NYSE: CF), a manufacturer and distributor of agricultural fertilizers that include ammonia. The company, based in the Chicago suburb of Deerfield, Illinois, is facing increased distribution costs, particularly for transportation.

The cost of natural gas varies significantly between geographic locations. For example, European customers may see their burden grow, since natural gas prices there have been surging.

Seven Farming Investments to Purchase for Income Include Nutrien

Nutrien Ltd. (NYSE: NTR), a Canadian fertilizer company based in Saskatoon, Saskatchewan, is the largest producer of potash and the third-largest producer of nitrogen fertilizer in the world. The company’s interim chief executive Ken Seitz said Nutrien will boost potash production if supply problems worsen in Russia and Belarus, the world’s second- and third-largest potash-producing countries after Canada.

The economic sanctions imposed by the United States, the European Union and others against Russia may hurt the country’s exports of natural gas, potash and nitrogen. Belarus, a puppet state of Russia, has joined the invasion of Ukraine and must adjust to economic sanctions that have restricted its potash exports.

The decision by Putin to wage war against Ukraine further has raised concerns about wheat, corn and vegetable oil supply problems in the Black Sea region. The result is sharply rising world prices for these agricultural products.

The company’s nitrogen fertilizer manufacturing facility includes a 1,300-ton-per-day ammonia unit, a 3,000 ton-per-day urea ammonium nitrate (UAN) unit and a dual-train gasifier complex that can produce 89 million standard cubic feet of hydrogen per day. The UAN solution, produced by combining urea, nitric acid and ammonia, is a liquid fertilizer product with a nitrogen content ranging between 28% and 32%.

UAN can be applied more uniformly than non-liquid forms of fertilizer. The solution also can be mixed with herbicides, pesticides and other nutrients to let farmers cut costs by applying several materials simultaneously rather than making separate applications.

Mosaic Ranks Among Seven Farming Investments to Purchase for Income

The fourth farming investment favored by Perry is Mosaic Company (NYSE: MOS), a Fortune 500 company headquartered in Tampa, Florida, mines phosphate and potash and urea. The largest U.S. producer of potash and phosphate fertilizer, Mosaic operates through segments such as international distribution and Mosaic Fertilizantes.

Russia is a major producer of potash, a key crop nutrient used in farming production. Mosaic reported solid earnings on Feb. 22 that were in line with expectations.

Mosaic’s year-over-year earnings per share (EPS) growth rose about 242%. In addition, pricing pressure in the industry caused by less supply from Russia has lifted the share price of MOS. 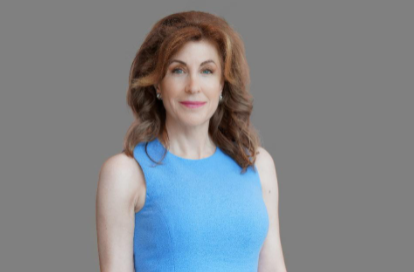 -More than half its revenues come from large agriculture.

-If the war in Ukraine continues, U.S. farmers will benefit from higher prices for their crops.

-Higher farm profits mean that that farmers and farming corporations will be more likely to buy large expensive farm equipment.

Deere has fallen back more than 15% from its recent high on April 20, so investors might find its current price to be a good entry point, Connell continued.

KROP Becomes the Final of Seven Farming Investments to Buy

KROP holds companies that focus on ecological ways of feeding the world, Connell commented. The fund has done well this year, but several of its individual holdings have retreated with the market sell-off, she added.

However, KROP might be a less risky way to invest in these innovative companies, Connell mentioned.`

A few key holdings of KROP include:

Investors should weight the purchase of the ETF VanEck Agribusiness (MOO), said Bob Carlson, a pension fund chairman who also leads the Retirement Watch investment newsletter. The fund, which I personally have owned for years, seeks to track the MVIS Global Agribusiness Index. The index is composed of companies that generate at least 50% of their revenues from agrichemicals, animal health and fertilizers, seeds and traits, farm/irrigation equipment, farm machinery, aquaculture, fishing, livestock and more. 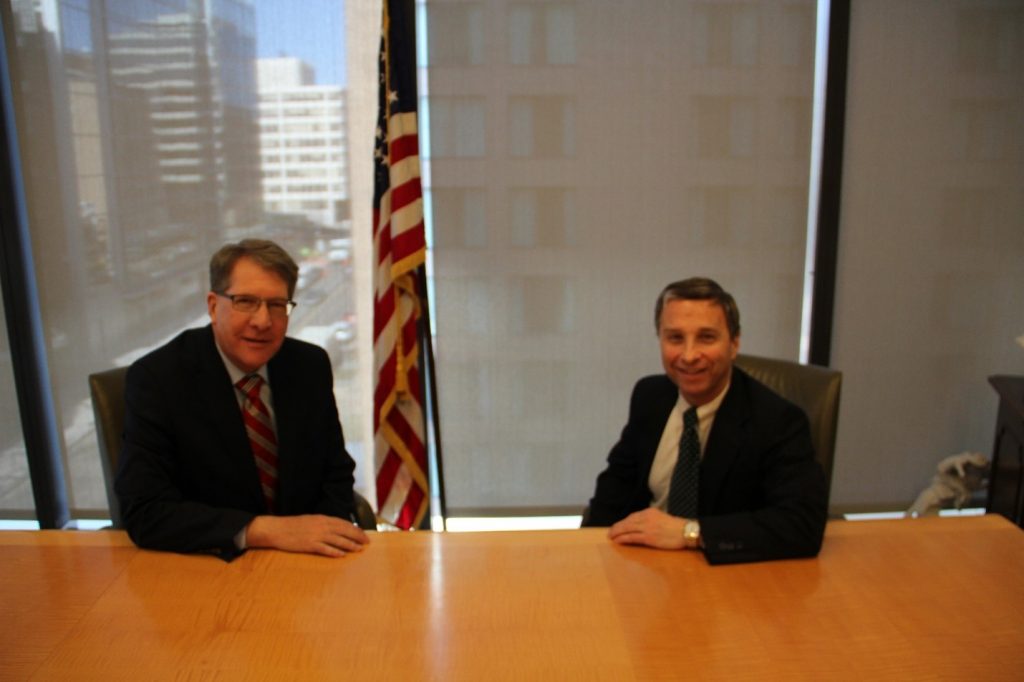 Income investors cannot be blamed if they lack excitement about MOO’s almost non-existent dividend. With a dividend per share of just 0.02%, Stock Rover shows the yield as 0.00%.

China risks a “tsunami” of COVID-19 infections and an estimated 1.6 million deaths if its government abandons its 0% policy and allows the highly-infectious omicron variant to spread unrestrained, according to researchers at Shanghai’s Fudan University. Shanghai is tightening its COVID-19 restrictions again after fleetingly easing them, frustrating residents who had hoped more than a month-long lockdown was on the verge of scaling back. However, new cases occurred in the city’s financial center. Also this week, authorities suspended service on the city’s last two subway lines that still had been operating. The shutdown idled the city’s entire subway system.

The lockdowns in China have affected at least 373 million people, including roughly 40% of the country’s gross domestic product (GDP). A key effect is continued disruption of the world’s supply chain for products, such as rice and oil.

Most of Shanghai’s 25 million residents remain in lockdown, with Chinese military and additional health workers assisting in the response. Shanghai, home to the world’s largest port, has been unable to keep up with unloading cargo due to strict regulations that have caused shipping containers to stack up.

Some frustrated Shanghai residents have taken videos that went viral to show residents yelling from high-rise buildings about needing food. But government officials are trying to crack down on the posting of such expressions of discontent.

Also in China, young children with COVID-19 have been separated forcibly from their parents by authorities, who have sparked public discord, as Chinese leaders seek to stop the spread of the latest contagious subvariant of Omicron, BA.2. The variant also is causing new infections in European nations such as Germany, the Netherlands and Switzerland.