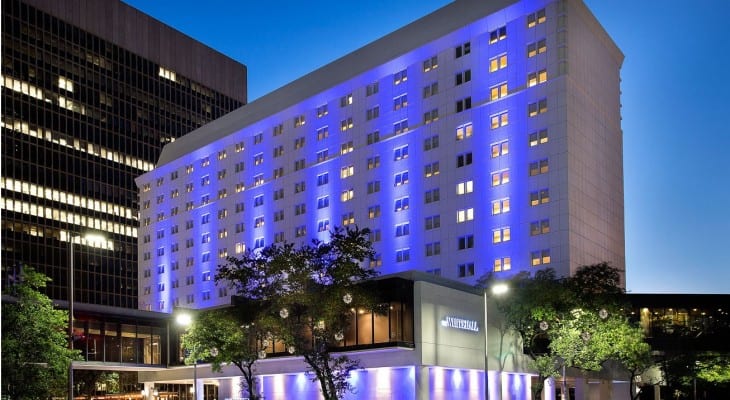 In the aftermath of the financial crisis, the company nearly eliminated its dividend payouts at the beginning of 2009. Sotherly Hotels reduced its quarterly dividend from $0.17 in the fourth quarter of 2008 to a nominal $0.01 amount in 2009. Additionally, the company distributed just two dividend installments in 2009, none in 2010 and only one distribution in 2011. However, the company resumed its dividend distributions in 2012 and has raised the total annual payout every year since then.

In addition to having negative effect on the dividend payouts, the 2008 financial crisis affected the company’s share price as well. The share price declined from an all-time high of almost $11 in mid-2007 to approximately $0.90 by early February 2009. However, despite a slight increase in volatility and a correction of nearly 40% during 2015 and 2016, the share price has advanced seven-fold since February 2009 and continues to trend higher over the long term.

The share price suffered some losses with the overall market pullback that starter in early October 2018 but is showing signs of potential trend reversal. The 50-day moving average (MA) has been declining because of the recent downtrend. However, the 50-day average is still above the 200-day MA and the share price continues to trade around the same levels.

Sotherly Hotels will pay the next round of dividends on the company’s January 11, 2019, pay date to all its shareholders of record prior to the December 13, 2018,  ex-dividend date.

Headquartered in Williamsburg, Virginia and organized in 2004, Sotherly Hotels Inc. is an equity real estate investment trust (REIT). The trust focuses on acquisition, renovation and upbranding of upscale, full-service hotels in the southern United States. Currently, the REITs portfolio consists of 12 hotels with more than 3,000 rooms and approximately 160,000 square feet of meeting space. These hotels are independently owned and operated by hotel brands, including Hilton Worldwide, InterContinental Hotels Group, and Starwood Hotels and Resorts. The company’s strategic plan is to add another eight hotels in the Southeast region over the next several years.

In addition to raising its annual dividend for the past seven consecutive years, the company boosted its dividend distribution amount in 18 of the last 28 quarters. The current $0.125 dividend is 13.6% higher than the $0.11 payout from the same period last year. This new quarterly payout converts to a $0.50 annualized distribution and a 7.2% forward dividend yield.

The company can claim a 25-fold annual dividend increase and a 58% annual growth rate over the actual $0.02 annual dividend from 2011. However, a better comparison would be with 2012 – the first full year of dividend payouts after the 2008 crisis. Compared to the $0.09 annual dividend in 2012, the company’s current annual payout is 450% higher, which corresponds to an average annual growth rate of 33%. In addition to exceeding its 5.3% dividend yield average over the past five years by 35%, the company’s current 7.2% dividend yield also is more than 130% above the 3.11% average yield of the entire Financials sector, more than double the 3.41% of all the peers in the Hotels & Motels REITs industry segment and nearly 30% above the 5.55% simple average dividend yield of the segment’s only dividend-paying companies.