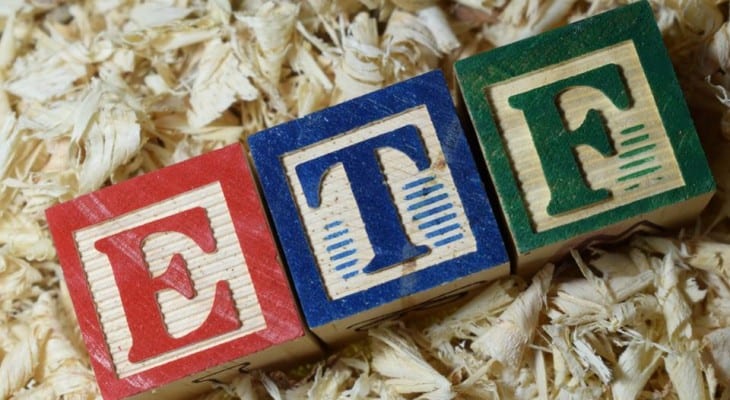 The SPDR S&P 500 ETF Trust (NYSE:SPY) has been passing through dividend distributions from its underlying holdings to investors for more than two decades, and the annual dividend payment amount has risen for each of the past eight consecutive years.

In addition to the steady flow of dividend income, SPY channeled to its shareholders the strong asset appreciation of its underlying holdings over the long term with only a few significant pullbacks. In addition to the occasional minor corrections like the 20% decline in the fourth quarter of 2018, SPY experienced only two longer-term share-price drops – 45% between March 2000 and September 2002, and 55% during the 2008 financial crisis.

According to Gary Gastineau’s book The Exchange-Traded Funds Manual, a 1989 decision by a federal court in Chicago prevented the creation of SPY as the first exchange-traded fund (ETF). The court ruled that the proposed fund was equivalent to a futures contract and would have to be traded as such on a futures exchange. Therefore, the SPY did not become the first ETF to be traded on an exchange until January 1993.

With nearly $250 billion in net assets, SPY is the largest ETF currently on the market and tracks the performance of the S&P 500 Index. The SPY ETF currently contains 505 individual holdings. The number of holdings exceeds 500 because some of the S&P 500 companies have multiple classes of stock, such as Alphabet, Inc. (NASDAQ:GOOG & NASDAQ:GOOGL) or Under Armour, Inc. (NYSE:UA & NYSE:UAA).

While many other ETFs focus on specific areas of the economy, SPY contains holdings from all 11 Global Industry Classification Standard (GICS) sectors. Furthermore, while most ETFs only aim to approximate the makeup of the underlying Index, the individual holdings’ shares of total assets within the SPY ETF are identical to the individual holdings’ shares of the underlying S&P 500 Index.

As of January 24, 2019, the Information Technology sector is the most represented rector with 20% of total assets. Along with Health Care (15.17%) and Financials (13.73%), the top three sectors account for nearly half of the fund’s net assets. The graph below shows the complete breakdown of asset shares for all 11 GICS sectors. 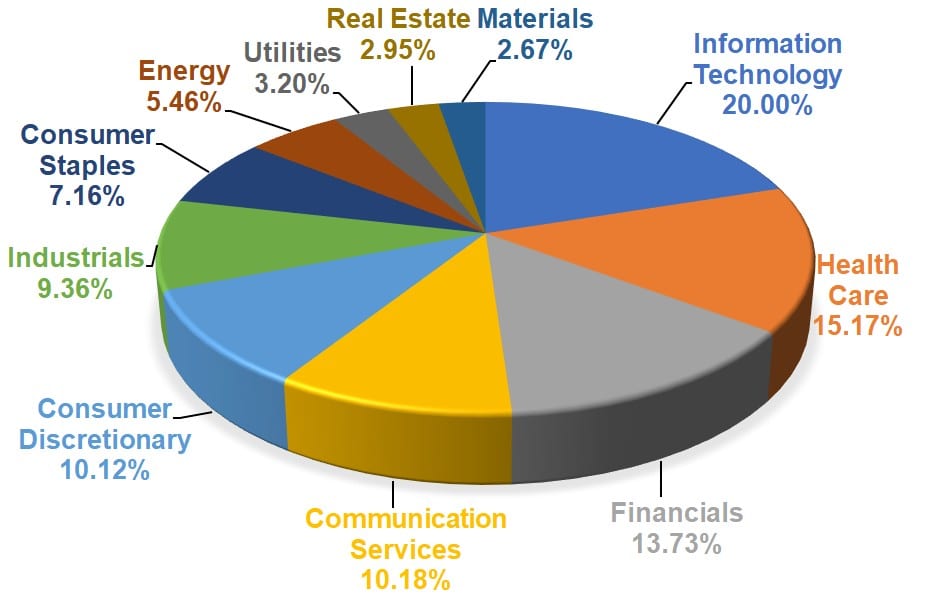 The Microsoft Corporation (NASDAQ:MSFT) was the top individual holding with a 3.7% share of total assets. Apple Inc. (NASDAQ:AAPL) with a 3.1% share and Amazon.com, Inc. with a 3.0% share (NASDAQ:AMZN) round out the top three holdings, which combine for nearly 10% of total assets. Furthermore, while the top 18 holdings account for 25% of assets, the top 50 out of the fund’s 505 holdings account for half of the fund’s assets. The remaining 91% of holdings make up the other half of assets. The table below contains a list of the top 10 holdings. 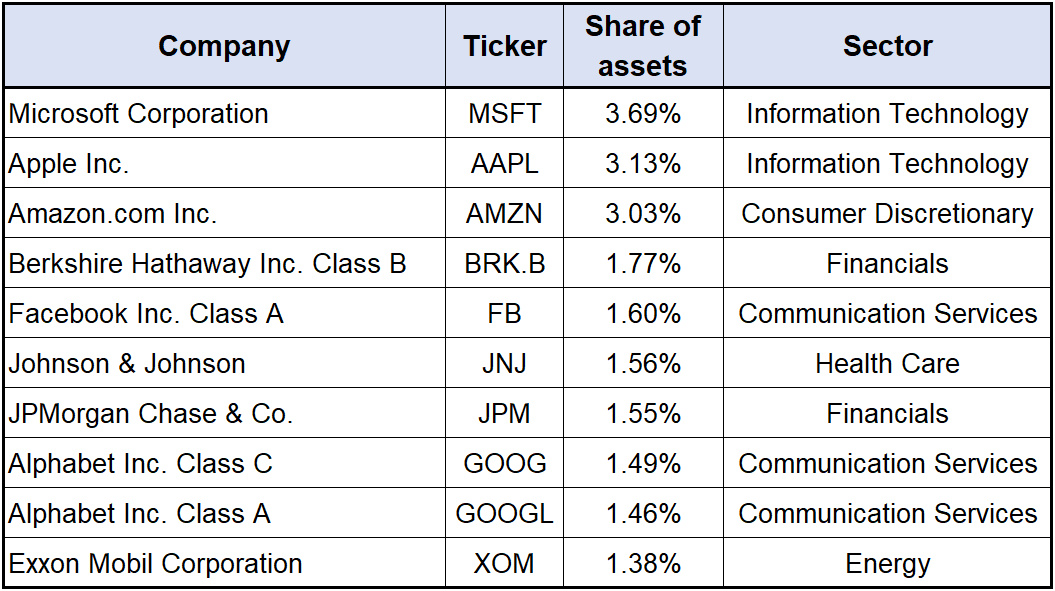 The fund’s share price dropped 10% over just two weeks of trading starting on January 22, 2018 and ending February 5, 2018. An overall market decline over interest rate concerns and a potential tariff war with China impacted the fund’s share price. However, after the swift drop, the share price began to recover slowly. The share price recovered all its January losses by mid-August. Additionally, the share price continued its uptrend until it reached its 52-week high of $293.58 on September 20, 2018 for a total gain of nearly 14% since the January drop.

However, amid revised fears of interest rates hikes and potential escalation of the trade conflict with China, the share price gave back all its gains since the beginning of the year and bottomed out at its 52-week low of $234.34 on December 24, 2018. Since its 52-week low at the end of December 2018, the share price has reverted to an uptrend and recovered some of its losses to close on January 24, 2019 at $236.55. This closing price is still approximately 10% below the 52-high from September 2018 and 7% lower than it was one year earlier. However, the current closing price is also 12.4% above the Christmas Eve low and nearly 50% higher than it was five years ago.

The fund will distribute its current quarterly payout on the Jan. 31 pay date to all its shareholders of record prior to the ex-dividend date of December 21, 2018. Interested investors should be on the lookout for the next upcoming ex-dividend date, which should occur in mid-March. All investors who claim stock ownership prior to that date will ensure eligibility for the second-quarter dividend distributions, which should occur at the end of April 2019 if the fund maintains the same distribution schedule used for the past few years.