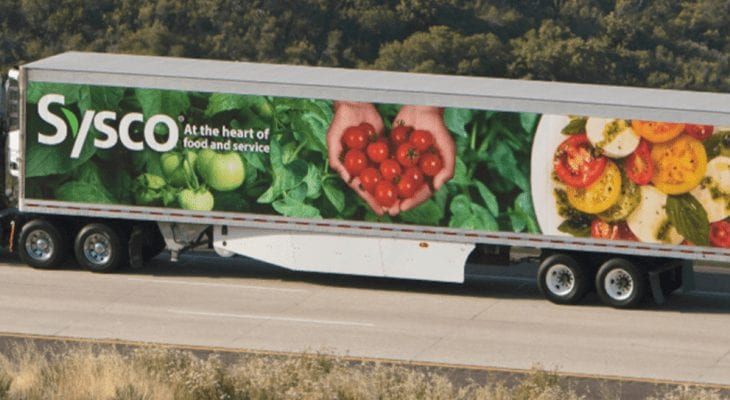 The Sysco Corporation (NYSE:SYY) raised its dividend again this year to extend its record of annual dividend hikes to 47 consecutive years.

As a component of the S&P 500 Index, with market capitalization exceeding $3 billion and at least 25 consecutive years of rising dividends, the Sysco Corporation earned the Dividend Aristocrat label, which is a designation that the food distributor currently shares with only 50 other companies.

In addition to the long-term rising dividend payouts, the company rewarded its shareholders with a 2.3% current dividend yield and an 8.6% asset appreciation for a combined total return of almost 12% over the last 12 months. The company has its next ex-dividend date set for January 4, 2018, and the pay date will follow just three weeks later, on January 26, 2018.

Founded in 1969 and headquartered in Houston, Texas, the Sysco Corporation markets, distributes and sells food products to restaurants, health care and educational facilities, lodging establishments and other customers who prepare meals away from home. In addition to food products, the company also offers equipment and supplies for the foodservice and hospitality industries. The company operates through three segments – U.S. Foodservice Operations, International Foodservice Operations, SYGMA – and offers its products and services in the United States, Canada, Bahamas, Mexico, Costa Rica and seven European countries. During fiscal 2017, the company completed the acquisition of the Brakes Group, a leading European foodservice distributor with operations in the United Kingdom, Ireland, France, Sweden, Spain, Belgium and Luxembourg.

Sysco Corporation currently operates 324 distribution facilities serving approximately 425,000 business customers. For fiscal year 2017, which ended on July 1, the company generated sales of $55.4 billion, which was a 12% increase over the previous year and includes the full impact of the Brakes Group acquisition. Also compared to the previous year, the company’s adjusted operating income and its adjusted earnings per share rose 20% each.

The company hiked its quarterly dividend 9.1% from the previous period’s $0.33 to the current $0.36 distribution. This current distribution converts to a $1.44 annualized dividend payout and a 2.3% dividend yield. The company’s current yield of 2.3% exceeds the 1.87% average yield of the Services sector by more than 25% and is 108% higher than the 1.13% average yield of its peers from the Wholesale Food segment.

Dividend increases anddecreases, new dividend announcements, dividend suspensions and other dividend changes occur daily. To make sure you don’t miss any important announcements, sign up for our E-mail Alerts. Let us do the hard work of gathering the data and sending the relevant information directly to your inbox.