Taking Profits in Your Income Portfolio 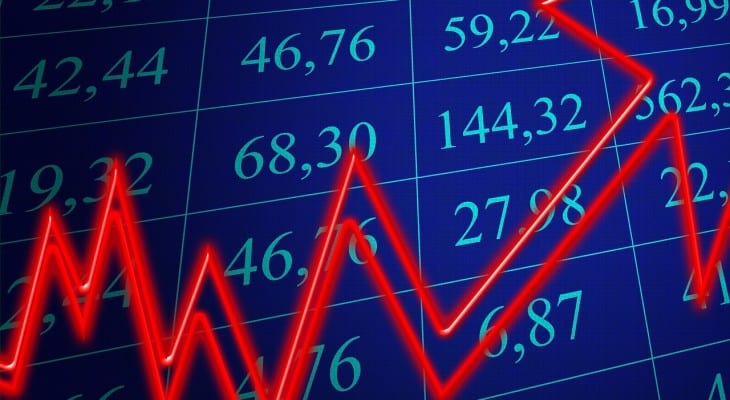 It is a continuous discussion between income investors, particularly holders of preferred stocks and baby bonds, about whether an investor should “buy and hold” or delve into trading.

Right up front, I will tell you I believe that anytime a security races higher beyond a common-sense price level, it should be sold. This is best explained with an example.

The company is not investment grade rated and, in fact, these new shares are not rated at all.  The shares have a fixed-to-floating rate coupon, which is a popular feature smaller banks recently began using to make their offering more attractive to investors.

The shares have an initial fixed coupon of 7%, which remains in effect until 2024. After that, the coupon will “float” at a rate of three-month Libor, plus a spread of 4.605%, which is reset quarterly.

The chart below shows that either the underwriter missed the mark quite dramatically when pricing during the negotiated process of setting the interest rate of the new issue, or investors have simply gotten caught up in the euphoria of the moment.  As an investor I wouldn’t really care about the reason that drove the price up to extreme levels, but as an owner I would exit my shares now. Shares traded as high as $27.60 in the last two days. With an annual dividend of $1.75, one would be able to lock down more than a year’s worth of income by selling. 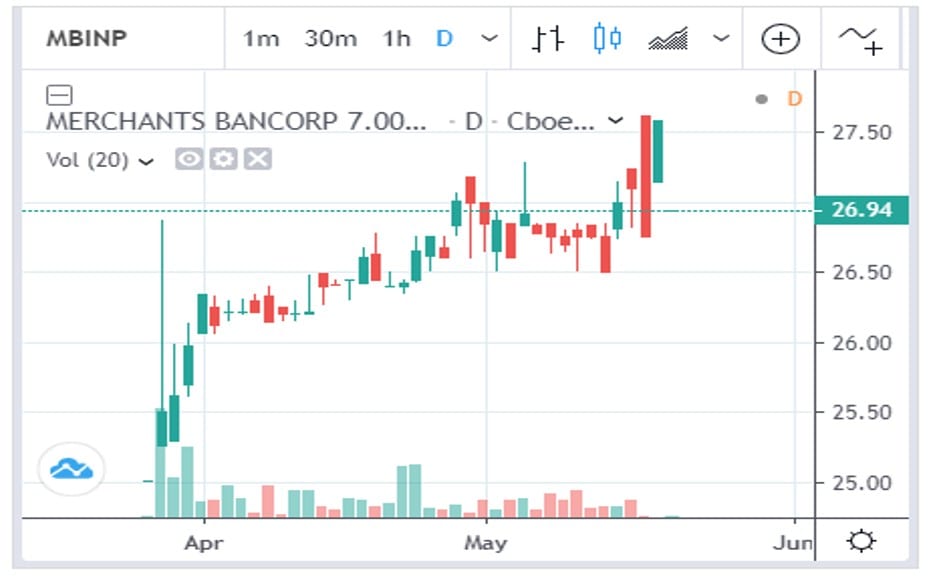 The common refrain against selling and nailing down this profit likely would be “where are you going to deploy the cash you generate on the sale of this security?” Fortunately, unlike 18 months ago, we are able to at least hold cash in a money market fund to earn around 2.25% until a better opportunity comes around. It is a certainty that an issue similar (or better) to the Merchants Bancorp issue above will become available. Alternately, a repurchase of the Merchants Bancorp issue might be reasonable when it inevitably falls in price to a more justifiable level.

In general, we believe that income investors holding preferred stocks and baby bonds should be happy to hold their shares and collect the coupon.  There is no reason to trade in and out of different issues unless a situation such as the one above develops. Additionally, investors should be prepared to sell the holding if the financials of the issuer deteriorate and the quality of the issue no longer meet investors’ expectations.

Income investing in preferreds is not all about “buy and hold” forever. Situations change, whether it be issuer financials or whether it be illogical price movements. Investors need to have flexibility and roll with the changes.