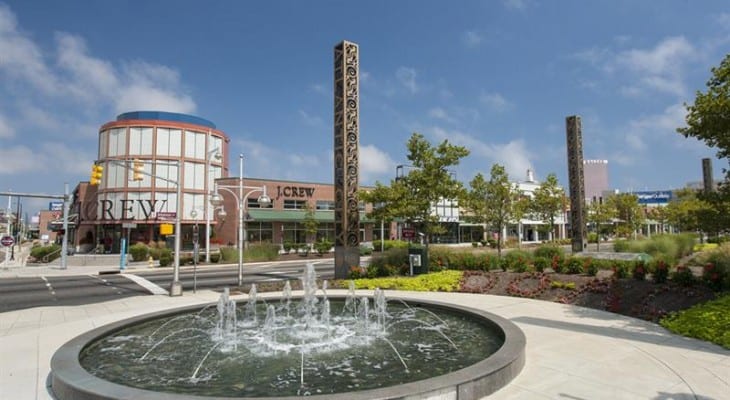 The SKT’s share price dropped nearly 30% in the past 12 months as investors fear that competition from online retailers and the struggling brick-and-mortar retailers will have a negative effect on profitability of all retail REITs. In an interview with the Fox Business Network last summer, Strategic Resource Group’s Managing Director Burt Flickinger, who is credited with creating the term “retail ice age,” stated that the current supply of retail space is 300% higher than customer demand and that oversupply will not be resolved before the end of 2020.

However, while that might be unwelcome news for most retail REITs, Tanger Factory Outlet Centers’ financial performance, high occupancy rates and rising rent rates might be enough to sustain this REIT’s operations through the consolidation of excess capacity over the next couple of years and provide its shareholders a steady stream of increasing dividend income in the interim.

The company has not made a dividends announcement for its second-quarter distribution. However, based on past patterns, we can expect the company to announce within the next week or two another $0.34 dividend distribution for the second quarter, an ex-dividend date in late April and a mid-May pay date.

Headquartered in Greensboro, North Carolina and founded in 1985, the Tanger Factory Outlet Centers, Inc. is a publicly-traded REIT that operates, owns or has ownership interest in a portfolio of 44 upscale outlet shopping centers. Forty of these shopping center are across 22 states and four are in eastern Canada. The total aggregate retail space exceeds 15 million square feet. Tanger Factory Outlet Centers’ customer list consists of more than 500 different brand name companies and more than 3,100 individual stores. As a pioneer of the retail outlet concept, the company has almost 40 years of experience in the outlet industry.

As already indicated, the company’s share price declined significantly over the past year. The share price achieved its highest price level early in the trailing 12-month period, when it closed on April 19, 2017, at $33.49. After this peak price, the share price dropped nearly 24% over the next month and then traded sideways in the $24 to $27 range until the end of January 2018.

However, the REIT’s strength is in its long-term rising dividend distributions. The company has hiked its annual distribution for the past 24 consecutive years. The REIT’s current $0.3425 quarterly dividend is 5.4% higher than the $0.325 payout from the same period last year. This current dividend amount is equivalent to a $1.37 annualized dividend payout and a 5.9% forward yield. Because the share price declined almost 30% over the past year, the current yield is more than 50% above the fund’s own 3.8% average yield over the past five years.

In addition to outperforming its own five-year average, the REIT’s current yield is almost 60% higher than the 3.74% average of the entire Financials sector and 10% above the 5.4% simple average yield of all the companies in the Retail REIT market segment.