The Invesco Diversified Dividend Fund: Our Analysis and Rating (LCEAX) 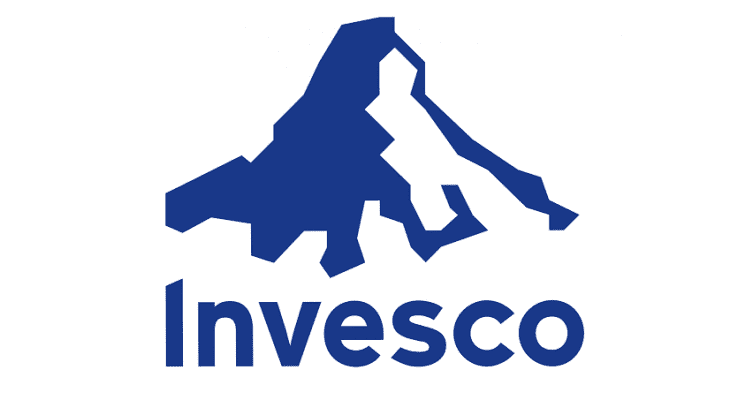 The Invesco Diversified Dividend Fund (NYSE:LCEAX) primarily invests in dividend-paying securities. The fund’s managers use various valuations methods to seek out equities that appear undervalued and poised for medium and long-term growth.

While the Invesco Diversified Dividend Fund invests the majority of its funds in common stock of United States-based equities, the fund’s management might choose to allocate up to 25% of the fund’s total net assets into foreign securities. As of February 7, 2019, the fund had nearly $4.9 billion in total assets spread across 70 individual holdings.

In addition to the generally rising annual dividend distributions, the Invesco Diversified Dividend Fund doubled its share price from its inception to its all-time high in January 2018. As the market pulled back on concerns over the trade war with China and potential interest rate hikes by the U.S. Federal Reserve, the fund’s share price pulled back slightly last year and especially in the fourth quarter of 2018. However, the share price has been on a steady upward trajectory since the beginning of 2019. Also, the pullback in late 2018 was only the share price’s third significant correction since Invesco Diversified Dividend Fund listed its shares on the New York Stock Exchange (NYSE) in January 2001.

As of February 8, 2019, the Consumer Staples sector is the most represented sector with 23% of total assets. With the 18.3% share contributed by the Utilities sector, the top two sectors account for more than 40% of the fund’s total assets. The Financials sector contributes another 13% of assets which puts the share of these top three sector above 54% of total asset.

Furthermore, the top five sectors — including Industrials with an 8.8% share and Health Care with and 8.5% share — the top five sectors comprise more than 71% of the fund’s assets. Additionally, the Invesco Diversified Dividend Fund has 94.2% of its assets currently invested in common stocks, with remaining 5.2% sitting in cash and various cash equivalents. The chart below that indicates the full asset share breakdown by sector also shows that the fund’s assets comprise investments in all 11 Global Industry Classification Standard (GICS) sectors. 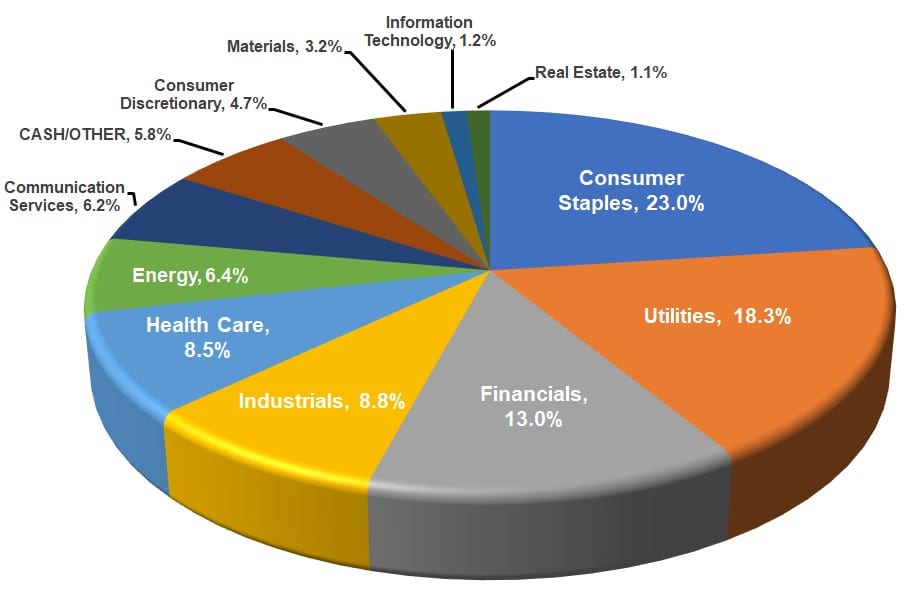 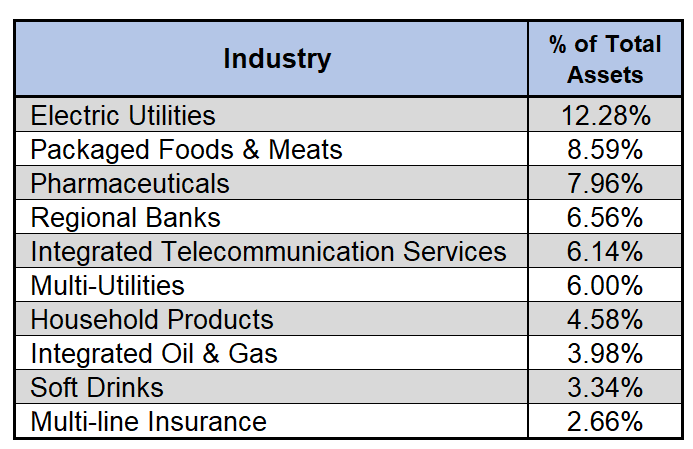 The Coca-Cola Company (NYSE:KO) was the top individual holding with a 3.34% share of total assets. AT&T, Inc. (NYSE:T) with a 3.17% share and the Exelon Corporation (NYSE:EXC) with a 2.76% rounded out the top three holdings. These top three holdings combined for nearly 10% of the fund’s total. The total assets share by the top five individual holdings exceeded 15%. Furthermore, the top 10 individual companies by share of assets listed in the table below combine for nearly 27% of the fund’s total. Also, more than half of the fund’s total assets comprised of just the top 23 23 out of the 70 holdings. The table below contains a list of the top 10 holdings.

As the graph below indicates, the overall direction was trending up over the first five years after dividend establishment. Because of the overall market decline during the financial crisis, the fund’s total annual dividend payout dropped more than 80% in 2008 and another 25% in 2009 for a total decline of 87% over those two years. However, the dividend distributions began rising in 2010 as the overall market started to recover. Since the dividend low in 2009, the fund’s total annual dividend payout amount rose in six out of the past nine years and reached its all-time high of $1.352 in 2018. 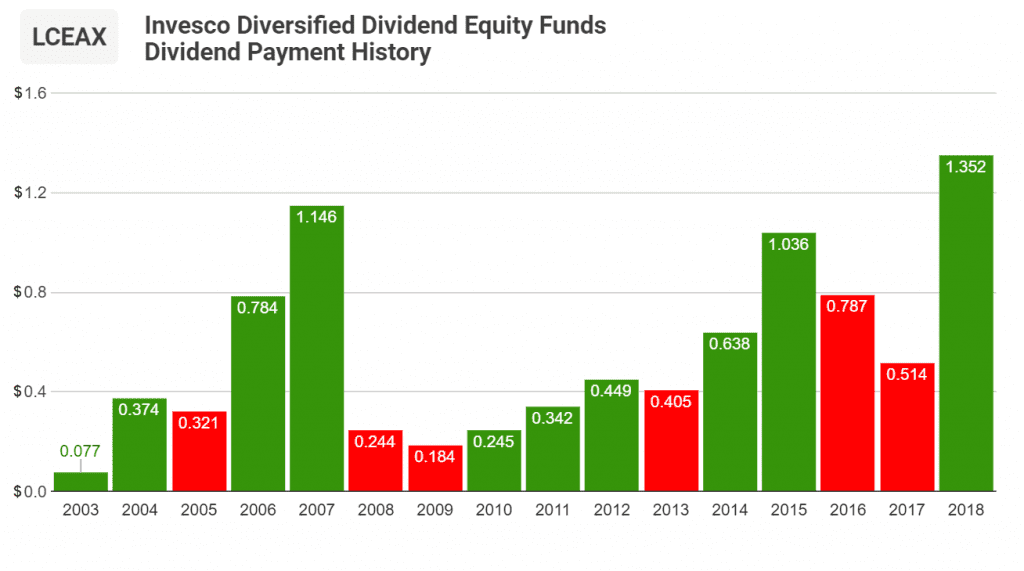 The $0.1605 current regular dividend corresponds to a $0.642 annualized distribution and a 3.4% forward dividend yield. This current yield outperformed the fund’s own 2.9% average yield over the past five years by nearly 20%. Furthermore, the fund’s current 3.4% dividend yield is more than 7% above the 3.2% simple average yield of the overall Financials sector.

While advancing admirably since the fund’s inception, the share price growth flattened in early 2018 and reversed direction at the end of the year. The share price traded relatively flat in the $19.50 to $20.50 range for the first 10 months of the trailing 12-month period. From the onset of this trailing period, the share price advanced less than 7% before reaching its new all-time high of $20.66 on August 29, 2018. By the beginning of December 2018, the share price had already pulled back 3% from its August peak. However, following that minor pullback, the share price plunged more than 16% over the first three weeks in December to bottom out at $16.81 on December 24, 2018, which was the lowest share price level in nearly three years.