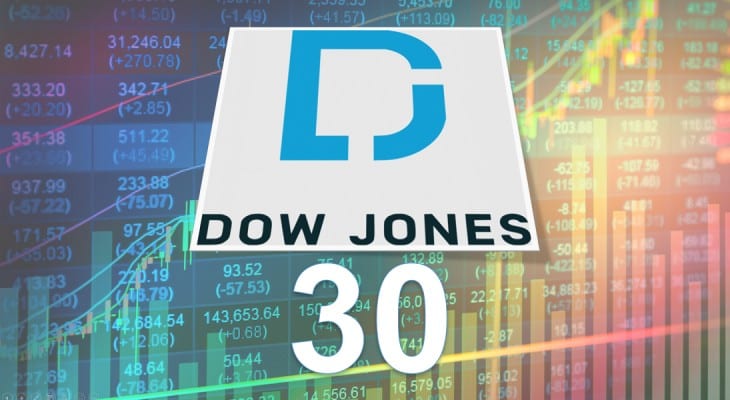 While the composition of the Dow 30 stocks changes occasionally, this group of stocks has been used as a high-level indication of the overall movement of the market ever since Charles Dow introduced his first stock average index in 1884.

The large and established companies contained within the Dow 30 stocks index are highly unlikely to grow their share price five-fold or 10-fold in the next year or two. However, most of these companies could offer long-term capital gains for investors who favor the buy-and-hold investment strategy. Additionally, the fact that every one of the Dow 30 stocks pays a dividend distribution to its shareholders makes them attractive to income investors.

Even investors who are looking for higher growth rates and faster returns should consider using a few of these relatively steady stocks to anchor their investment portfolio. With a strong portfolio base that includes a few of the Dow 30 stocks and other equities with robust fundamentals, investors can then use a portion of their portfolio to seek higher returns elsewhere, albeit at an increased risk.

While six analysts switched their recommendation from “Hold” to “Underperform” or “Sell” since September, a couple of analysts have also upped their recommendation from “Hold” to “Buy”. The current share price has more than 21% to go before it reached the analysts’ current target price average of $80.59. Furthermore, the stock’s Relative Strength Index (RSI) has fallen from a neutral level of 52 to 37 just over the past two weeks. The RSI dropping closer to 30 indicates that the share price is approaching “Oversold” status, which could trigger a buy signal for some investors and a share price uptick, at least over the near term.

While the share price is struggling for the moment, the Exxon Mobil Corporation continues rewarding its shareholders with a steady dividend income. The company has enhanced its annual dividend payout amount every year for the past 36 consecutive years. Just over the past two decades, Exxon Mobil enhanced its annualized dividend payout more than four-fold, which corresponds to an average growth rate of 7.3% per year since 1999. The company’s current $0.87 quarterly dividend amount corresponds to a $3.48 annualized payout and yields 5.2%, 32% higher than the company’s own 3.91% five-year yield average.

The share price began the trailing one-year period with a healthy 16% increase. After rising over the period’s first 60 days, the share price reached its 52-week high of $85.69 on December 3, 2019. However, the overall market began a significant correction in December 2018, which also put downward pressure on the WBA stock.

Going back to its distributions as its own Walgreens Company business entity, the company has enhanced its annual dividend payout more than 13-fold over 19 years of consecutive annual dividend hikes for an average annual growth rate of 14.6%. The most recent boost in August 2018, raised the quarterly payout by 4.1% from $0.44 to the current $0.458 distribution. This new quarterly payout corresponds to a $1.832 annualized dividend and a 3.5% forward yield. The current yield is nearly 64% higher than WAB’s own 2.12% average yield over the last five years.

Riding the overall uptrend that began a decade ago, the share price rose 3.2% at the beginning of the trailing 12-month period before reaching $46.53 at the end of November 2018. This was PFE’s highest level since April 2000. However, after peaking in late November, the downward pressure from an overall market correction pushed the Pfizer stock lower.

By late July 2019, the share price had declined nearly 7%. After this slow pullback, the share price dropped sharply on the announcement that Pfizer planned to combine the unit that was producing the company’s best-selling, but older, drugs such as Lipitor and Viagra with the generic drug maker Mylan NV (NASDAQ:MYL). Additionally, Pfizer cut its sales and adjusted its earnings forecast for the full-year 2019. This pushed the share price to its 52-week low of $34.24 on August 14, 2019.

More than half of the analysts currently covering the stock– 12 out of 22 — see this share price decline as a potential buying opportunity. Out of the nine analysts that initiated coverage in October, only two came out with a “Hold” recommendation and the other seven analysts initiated a “Buy” recommendation. Additionally, the current share price has almost 20% room on the upside before it reaches the analysts’ average price target of $41.82.

While the share price declined to offer potential discounts to investors seeking capital gains, the price pullback offered higher dividend yields to income investors. The company’s current $0.36 quarterly dividend amount is nearly 6% above the $0.34 distribution payout from the same period last year. This new payout amount is equivalent to a $1.44 annualized distribution and a 4.15% forward dividend yield. This is 8% higher than the company’s own 3.84% five-year average yield. Pfizer has doubled its annual dividend payout and generated consecutive dividend hikes over the last nine years for an average annual growth rate of 8%.