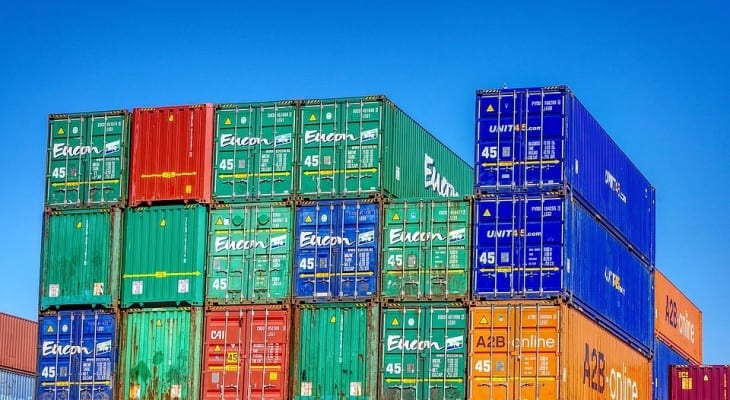 Triton International (NYSE:TRTN) has announced an upcoming 15.6% increase in its quarterly dividend payment, which is the company’s first increase since it emerged in its current iteration from a merger in 2016

In my article on March 1, 2018, I mentioned that Triton’s share price had declined more than 13% despite outperforming expectations in year-end 2017 financial results. The share price deterioration resulted mostly from the view that the entire shipping container rental market would underperform in 2018. Some of that reasoning stemmed from the underperformance of Triton’s two main competitors — Textainer Group Holdings Limited (NYSE: TGH) and CAI International, Inc. (NYSE: CAI) — and inference that any potential tariffs on imported goods by the Trump administration might negatively affect the shipping industry.

However, a second consecutive quarter of outperformance, coupled an upcoming double-digit-percentage dividend hike, have helped lend additional credence to last quarter’s indication that Triton International might be a good investment opportunity. Over the past 12 months, shareholders have seen 30%-plus total returns in combined stock appreciation and dividends.

With an upcoming ex-dividend date of May 31, 2018, any investor who missed the previous quarterly dividend and believes that Triton will continue to outperform may want to get on board before then. The next installment of dividend payouts will be on the June 22, 2018 pay date.

Based in Hamilton, Bermuda and founded in 1980, Triton International Limited engages in the acquisition, leasing and sale of intermodal containers and chassis to shipping lines and freight forwarding companies through two business segments — Equipment Leasing and Equipment Trading. In addition to leasing its own inventory, the company also manages containers that are owned by third parties. The company owns and operates more than 3.1 million containers and chassis, representing more than 5.1 million twenty-foot equivalent units (TEUs) of shipping capacity. In July 2016, Triton Container International Limited and TAL International Group, Inc. merged to form Triton International.

Triton’s upcoming dividend boost stems from better-than-expected financial performance in the first quarter of 2018, following on previous success at the end of 2017. After distributing the same $0.45 quarterly distribution for the first seven consecutive quarters after its merger, Triton International is going to boost its dividend payout 15.6% to $0.52 per share on a quarterly basis. This new amount is equivalent to a $2.08 annualized distribution and a 5.8% forward yield at current prices.

Compared to the company’s main competitors, Textainer Group and CAI International, Triton offers a substantial investment advantage in that it is the only company of the three to pay a dividend to its shareholders. The company’s current 5.8% yield is nearly three times the 2.02% simple average yield of the entire Services sector. Additionally, Triton International’s current yield is the highest yield in the Rental & Leasing Services market segment, exceeding the segments 1.37% simple average by 325%. Even compared to the 2.63% average yield of the segment’s dividend-paying companies, TRTN’s current yield is still more than 120% higher.

In 2017, Triton’s share price ascended more than 47% between the start of its trailing 12-month period and its one-year peak of $43.85 on Nov. 9. However, after peaking in early November 2017, the share price turned south for a while, declining more than 10% by the end of January 2018 and another 25% in the month of February alone.

Additionally, the company’s current dividend payout ratio of 40% is low enough to support continued dividend hikes at a growth level that is sufficient to keep pace with a rising share price and maintain the company’s dividend yield around the 6% range.