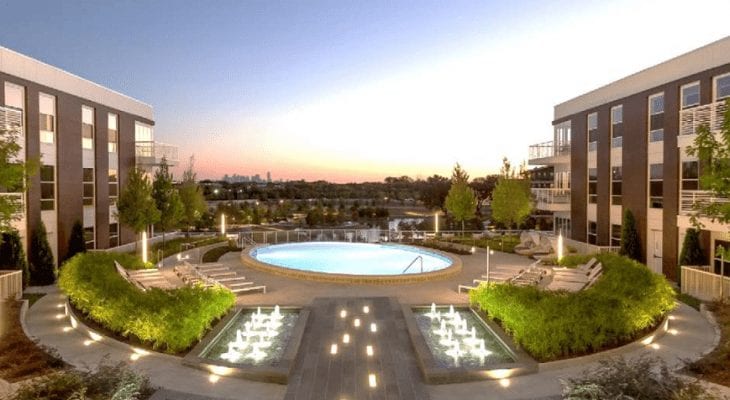 The most recent of the seven dividend hikes was in January 2018 and raised the total annualized dividend amount to $1.29, which currently corresponds to a 3.3% forward dividend yield . In addition to the current seven consecutive years of dividend hikes, the company boosted its annual dividend payout amount 19 times in the past two decades.

The company complemented its steady stream of annual dividend hikes with strong share price appreciation over the past nine years. In parallel with the 80% growth of the total annual dividend amount, the company’s share price has increased fivefold since 2009. The share price experienced a major correction in early 2018 but recovered fully and reached its 5-year high in late September 2018.

While these technical indicators allude to a potential continuation of the share price uptrend, the real question is how much higher the share price can go. Current Wall Street analysts’ estimates call for almost another 10% upside. However, in its last earnings report, the company’s revenues were marginally higher than analysts’ expectations. Moreover, the company’s funds from operations per share of 49 cents for the second quarter of 2018 beat expectations by 4.26%. In addition to beating expectations for the most recent quarter, UDR beat analysts’ estimates in the two prior quarters as well.

The company will distribute its next dividend on company’s October 31, 2018, pay date to all its shareholders of record prior to the October 9, 2018, ex-dividend date.

Based in Highlands Ranch, Colorado, and founded in 1972, UDR, Inc. (NYSE: UDR) is a multifamily real estate investment trust (REIT) that owns, develops and manages residential real estate properties in targeted U.S. markets. Formerly known as United Dominion Realty Trust and United Dominion Residential Communities, URD focuses on high-quality apartment homes paired with exemplary service and amenities. To that end, the company owns apartment communities in some of the country’s most desirable locations, from New York’s Upper West Side to San Francisco’s Mission Bay District. The company was added to the S&P 500 Index in March 2016. As of June 30, 2018, UDR owned or had an ownership position in nearly 50,000 apartment homes including more than 1,300 homes currently under development.

The company’s current $0.3225 quarterly dividend payout id 4% higher than the $0.31 amount from the same period last year. This new payout amount is equivalent to a $1.29 annualized payout and a 3.3% forward dividend yield, which is equal to UDR’s average yield over the past five years and 6% higher than the 3.07% simple average yield of the overall Financials sector.

Since resuming dividend hikes in 2011, UDR has enhanced its total annual dividend amount nearly 80%, which is equivalent to an average growth rate of 7.5% per year. The current quarterly dividend distribution amount of $0.3225 is also nearly recovered from the 45% drop in 2009 and pulled within 2.5% of the $0.33 quarterly payout from the end of 2008.