Will the Contentious Election Create a Buying Opportunity? 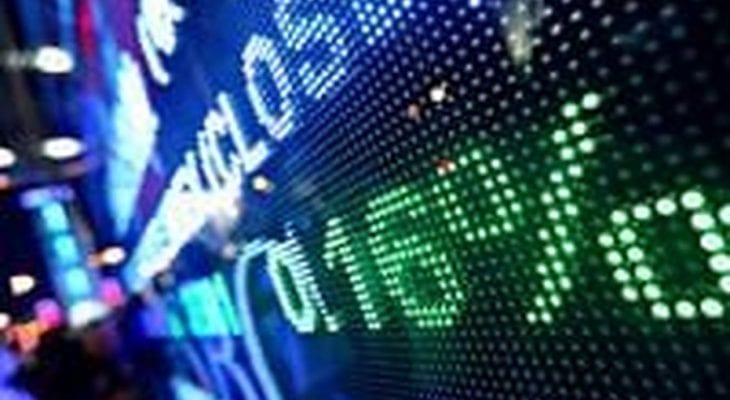 Just about every research firm, brokerage firm, asset manager, hedge fund and individual investor is in hyper-drive conducting “election scenario analysis” to best position assets prior to Election Day, which likely will turn into Election Week. Even that might be optimistic unless there is a clear leader in the Electoral College vote count.

Will being fully invested be the right path or having ample powder on the sideline be the right call? It’s very hard to say because even though the market is warm to the idea of a clear winner in short order, a contested election that is close and drags on is being viewed with elevated caution. This is the one scenario that most agree would be wholly disruptive for equities.

This year has seen the stock market endure two dramatic periods of selling (February-March) and (late August-September). Using the S&P as a benchmark, the first sell-off amounted to about 34%, and the second, about 11%. I would venture to say that if the election outcome does seize up and goes to the courts, a slide of 10% or more could occur, but would probably be met with sizeable buying interest on such a pullback. 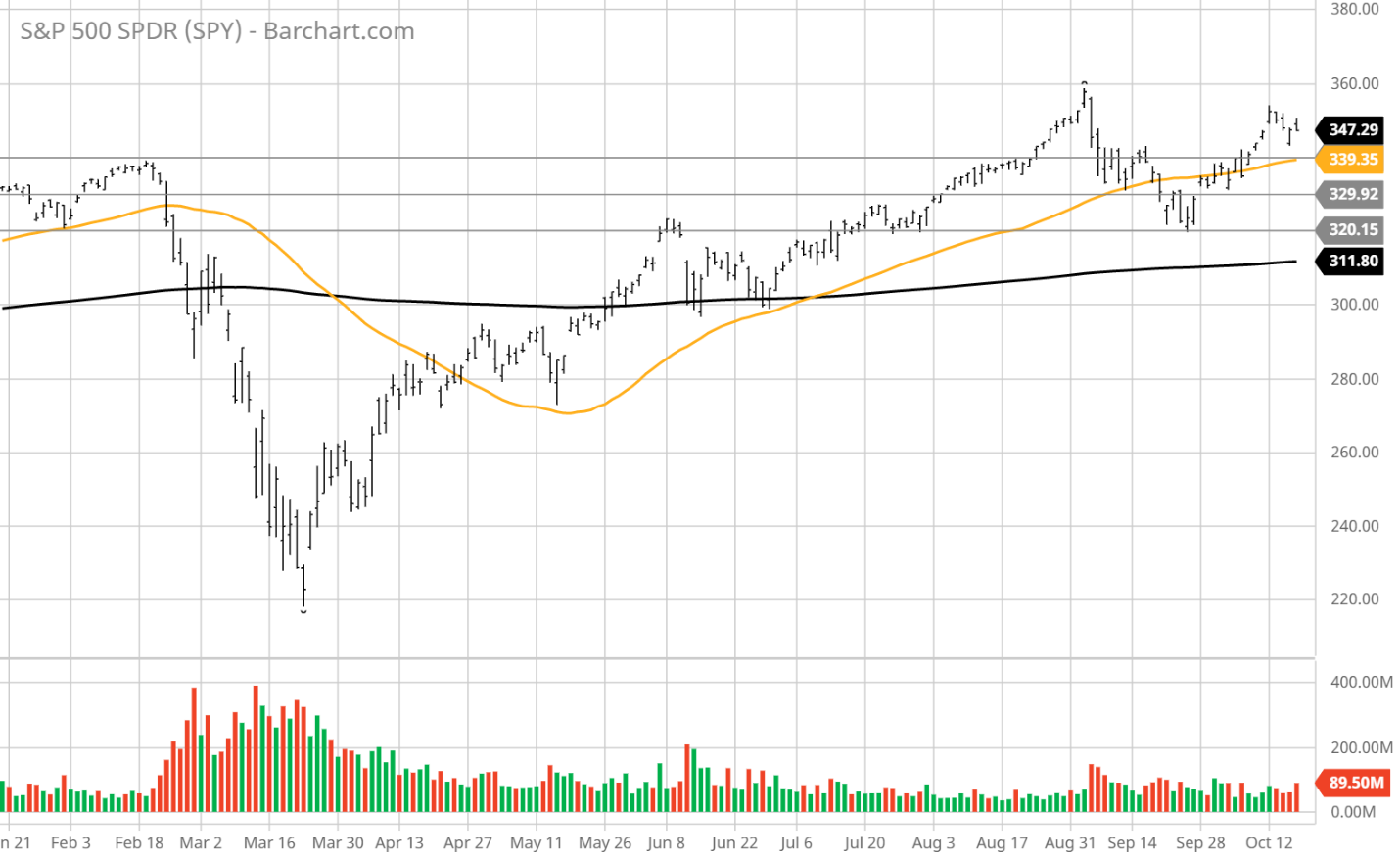 Looking at the nine-month chart, it is remarkably clear where the key technical levels lie for the SPDR S&P 500 ETF (SPY). First, support comes in at $340, which was recently tested, then down at $330, then the $320 low in September with the 200-day moving average coming into play at $312. A test of the 200-day moving average would represent a 10% correction that is certainly in the realm of possibility as opposed to probability.

Given that roughly 50% of daily volume is attributed to high-frequency algorithmic trading (bfi.uchicago.edu), headlines have a great deal of influence about the short-term direction for the market and may well explain why the corrections, while steep, are also swift in nature, lasting less than a month.

Key words are triggers for both buy and sell programs, with the world of high-voltage tweets only making for a more volatile investing landscape. A pre-election stimulus package, in conjunction with a couple weeks of solid earnings, will likely keep a firm bid under the market. However, once stimulus and earnings are priced into the market, the door will be open for some downside headline risk.

But here is where it gets interesting. With roughly $5 trillion sitting on the sidelines in money markets, investors are as fearful as one might think. The latest survey from the American Association of Individual Investors (AAII) shows bearish sentiment falling by 3.2% in the past week. These AAII members are typically fairly risk adverse heading into a major event like a national election.

Maybe all that cash has tempered their fear along with the rising tide of earnings growth expectations. Most of these AAII folks are from the school of “sales cures all,” and based on the most recent data from FactSet and the Atlanta Fed, the domestic economy is about to put up some heady Q3 numbers. We already got a glimpse of this from last week’s read on September retail sales that blew past estimates.

We can see from the bar chart below how the previous stimulus package fueled a surge in retail sales in May and June. As another stimulus package makes it to President Trump’s desk for signature before or after the election, the market has bought into the notion that a package is coming soon when portions of the economy (housing, auto, freight, ecommerce, etc.) are already witnessing strong growth.

Another $1.8-$2.2 trillion in stimulus is going to give the Fed what it wants and throw another lifeline to heavily impacted industries, small businesses and the unemployed following a rise in weekly jobless claims that could turn into permanent job losses. It appears as if the market will only buckle under the weight of an uncertain and contentious election outcome.

And if that’s what it takes to bring stocks and exchange-traded funds back down to bargain levels, then a little short-term political chaos might just serve investors very well in the long run. Those who had cash back in March and struck while the iron was hot made out huge, and so did those who took advantage in September, just not to the same degree.

With 2021 being forecast as a big rebound year for earnings, a year-end emotional blow-off might just offer the third really attractive buying opportunity of the year. Cash-rich investors wondering when they can buy the next big market dip are about to find out.