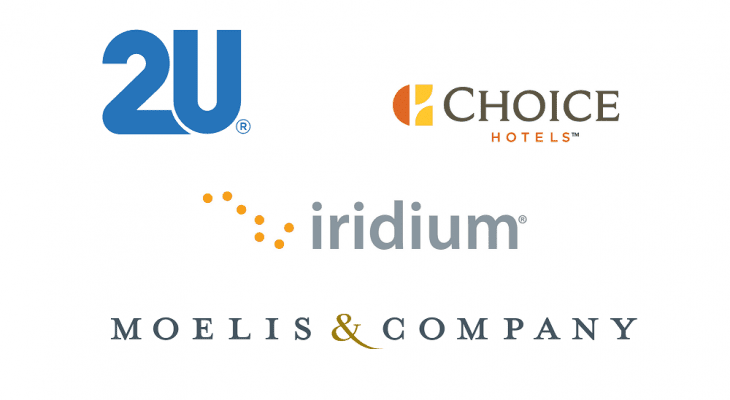 In line with its tradition, Baron Capital Management invited the chief executive officers of four public companies, including two dividend payers, to present to more than 5,000 shareholders at the 2018 Baron Investment Conference in New York.

Portfolio managers at Baron Funds consider these four companies as investments with potentially high returns on capital over the next three to five years. The four CEOs each presented a brief summary at the 2018 Baron Investment Conference about their respective companies, as well as the potential operational and financial advantages that make investing in them a good strategy.

Chip Paucek, CEO and co-founder of 2U, Inc., explained his company’s innovative approach to facilitating quality online education by partnering with prestigious universities.

Headquartered in Lanham, Maryland, and founded in 2008, the company grew its revenues at nearly 40% per year between 2014 and 2017. Currently, the company has partnerships with more than 30 universities around the world, including Harvard University, Yale, University of Oxford, The London School of Economics and Political Science, The University of Cambridge and New York University.

Over the past decade since its foundation, the company has more than 16,000 graduates from 64 different programs and also has offered more than 80 short courses that were taken by more than 42,000 students. The company’s share price advanced more than seven-fold between the $13 price level at its initial public offering in March 2014 and the all-time high of nearly $100 in early May 2018.

After peaking in early May, the share price reversed direction and gave back 46% of its value to close on November 13, 2018, at $52.34. Three consecutive quarters of earnings losses were main drivers of the share-price decline. However, the losses in the quarters were lower than analysts’ loss estimates. In the most recent period, the $0.01 loss per share was two-thirds lower than the estimated $0.03 loss.

The Wall Street analysts’ consensus earnings estimate for the fourth quarter of 2018 is $0.21 per share, which is 50% higher than the actual $0.14 per share result from the same period last year. The analysts’ current average target price is more than 50% above the current share price, which indicates that the price should have plenty of room on the upside if it reverses direction again and embarks on an uptrend.

Headquartered in McLean, Virginia, and founded in 2000 using assets from a similarly named company that went bankrupt, Iridium Communications, Inc. provides mobile voice and data communications services through satellite to businesses, to the U.S. and foreign governments, non-governmental organizations and consumers worldwide.

Originally created in 1998 as a subsidiary of the Motorola company, Iridium invested more than $6 billion into establishing the necessary satellite ground and in-orbit infrastructure. However, the company had difficulty attracting enough subscribers to offset the massive capital expenditures and declared bankruptcy in August 1999.

After re-emerging in 2000, the company embarked on a long-term initiative to de-orbit its old system of 66 satellites and launch a network comprising of equal number of Iridium NEXT spacecraft – an updated second-generation technology. The company is on schedule to complete the entire $3 billion upgrade by the end of 2018 and expects the new generation of satellites to last at least 15 to 20 years without any major capital expenditures.

Therefore, the company plans to take the advantage of the 10-year “capital expenditures holiday” to focus on expanding its subscriber base and service offering, as well as maximize shareholders’ return on investment. The company’s share price has more than tripled over the past five years and gained more than 75% over the trailing 12 months.

You can find a more detailed coverage of Iridium Communications Inc. by Paul Dykewicz, who explained why the company ultimately may become a dividend payer, in his investment column posted on StockInvestor.com.

Based in Rockville, Maryland, and founded in 1939, Choice Hotels International, Inc. operates as a hotel franchisor worldwide for multiple brands. As of October 31, 2018, the company had more than 6,800 franchised hotels with 550,000 rooms in approximately 40 countries and territories. In addition to its hospitality and franchising business, the company also developed and currently markets cloud-based technology products for the hospitality industry. This technology offers solutions for inventory management, pricing and connectivity to third party channels and hoteliers.

President and CEO Patrick Pacious highlighted the company’s performance over the past decade, during which Choice Hotels increased its market share by 10%, doubled its profit margins and more than tripled the membership in its loyalty program.

The company’s share price advanced more than 10% between the onset of the trailing 12-month period and its 52-week high price of $84.30 at the end of September 2018. However, the price was caught up in the overall market sell-off during early October 2018, gave back all year-to-date gains and continued to drop before bottoming out below the $70 mark on October 24, 2018. However, the share price recovered its losses by the end of the month and closed on November 13, 2018, marginally higher than it was one year earlier.

In addition to share-price growth over the past several years, the company also has distributed quarterly dividends since 2004. The current $0.215 quarterly payout is equivalent to an $0.86 annualized dividend payout and corresponds to a 1.1% dividend yield.

While failing to hike its regular annual dividend distributions for four consecutive years from 2010 to 2013, the company doubled its annual dividend amount since 2004, which corresponds to an average growth rate of 5.4% per year. The steady dividend distributions – including a $10.41 special, one-time dividend payout in 2012 – combined with the relatively consistent asset appreciation to reward the company’s shareholders with a 5.7% total return over the past 12 months. The three-year total return came in at 51.5% and the total return over the past five years was nearly 80%.

Headquartered in New York, New York, and founded in 2007, Moelis & Company – a global independent investment bank – offers advisory services to leading businesses and governments. The firm’s main focus is mergers, acquisitions, recapitalization and restructuring. Moelis & Company supports its clients from 19 geographic locations in the Americas, Europe, the Middle East, Asia and Australia through all phases of the business cycle.

Since its initial public offering in 2014, the company nearly doubled its revenues – which corresponds to a compounded average growth rate of 17% per year – and achieved a total return of more than 200%. The company’s current $0.47 quarterly dividend corresponds to a $1.88 regular dividend for the year and a 4.65% yield.

After tripling over the two years prior to its all-time high of nearly $66 in June 2018, the share price declined nearly 40% and closed just above $40 on November 13, 2018. The company’s dividend payouts offset a portion of the share price decline and delivered a 2.2% total return over the last 12 months and 83% over the past three years.

Like the previous events, the 2018 Baron Investment Conference featured four companies which the Baron’s portfolio managers believe fit well with the Baron Funds strategy of investing in well-managed companies with differentiated services or products offering and a strong outlook for the long run.