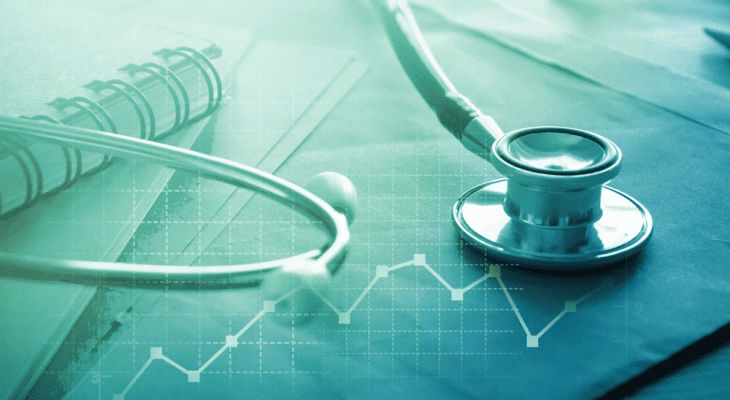 Investors looking to invest in the expanding Health Care sector should consider the three equities that just announced their dividend hikes for their next round of payouts.

The performances of the three stocks are very different and might appeal to a variety of investment strategies. One stock offers more than a decade of consecutive annual dividend hikes and robust asset appreciation but an undersized dividend yield. The second stock offers an above-average yield driven by a share price pullback, which could be an opportunity to take a long position at currently discounted prices and reap the gains of a potential recovery. Lastly, the third equity offers a combination of steady asset appreciation and dividend growth for long-term total returns, including a double-digit percentage gain just over the trailing one-year period.

Furthermore, despite declaring their upcoming payouts and announcing dividend hikes at the same time, the ex-dividend dates range from end of December 2019 to mid-February 2020. Similarly, the pay dates for the upcoming distributions range from late January to early March 2020. The magnitude of the announced quarterly dividend hikes determined the ranking of the three equities on the list below.

Based in San Juan Capistrano, California, and founded in 1999, the Ensign Group, Inc. is a holding company that offers post-acute care services through a network of independent operating affiliates. Each of the affiliates offers a wide selection of care,  including assisted living, skilled nursing, rehabilitative care, home health, home care and hospice services. As of Sept. 30, Ensign’s network comprised 259 facilities in 14 states. However, nearly half of the current facilities (123) are in California, Texas and Arizona. Furthermore, the location density is highest in the Western United States and the Midwest, with East Coast facilities in only two states — Massachusetts and South Carolina. The post-acute care market is very fragmented with the top five providers, including Ensign, accounting for just 8% of the total market, which offers substantial growth opportunities. Additionally, the market is expected to grow significantly with the proportion of the U.S. population which is older than 65 years is expected to double between 2016 and 2050. Over the same time frame, the population of 75- to 87-year-olds is projected to increase by 160%.

With the announced 5.26% boost, the company has delivered 12 consecutive annual dividend hikes since beginning dividend distributions in 2007. Over the last dozen years, the dividend payout has advanced 150%, which is equivalent to an average annual dividend growth rate of nearly 8%. Unfortunately, even with the upcoming boost, the quarterly dividend distribution amount will only rise to $0.05. This quarterly payout amount corresponds to a $0.20 annualized payout and a forward dividend yield of just 0.46%. However, this current yield is in line with the 0.49% average yield of the overall Health Care sector, as well as the 0.47% simple average yield of Ensign’s peers in the Long-Term Care Facilities industry segment.

Ensign’s current dividend payout ratio is 11%. With such a low payout ratio, Ensign’s yield would have to triple to enter the 30% to 50% range that is generally considered to be attractive for dividend investors. A four-fold increase would bring the dividend yield above 1.8%. Even so, the payout ratio would still be below the 50% upper limit of the sustainable range.

However, Ensign’s share price more than doubled over the past five years and continues to advance at a brisk pace. After passing through its 52-week low of $34.09 in late December 2018, the share price gained more than 65% before reaching its 52-week high of $56.37 at the end of July 2019.

The company’s upcoming current $0.38 quarterly dividend marks a 5.6% boost above the $0.36 payout from the previous period. This new quarterly payout amount corresponds to a $1.52 annualized distribution and a 3.9% forward dividend yield, which is 12% higher than the company’s own 3.48% five-year average yield.

However, a 20%-plus share price pullback in August 2019, pushed Pfizer’s yield to nearly eight-times the current $0.49 average yield of the overall Health Care sector. Furthermore, Pfizer’s current yield also outperformed the 1.65% simple average yield of its peers in the Major Drug Manufacturers industry segment by 137%. Moreover, Pfizer’s current yield is also 45% higher than the 2.7% average of the sector’s only dividend-paying companies.

Pfizer has been distributing dividends to its shareholders since 1901. However, the company’s current streak of consecutive annual dividend boosts is only nine years long because the company cut its dividend in the aftermath of the 2008 financial crisis. At the same time, ever since resuming its streak of annual dividend hikes in 2009, Pfizer has more than doubled its quarterly distribution amount. That advancement pace is equivalent to an average annual dividend growth rate of 8.7%.

Since its August low, the share price recovered almost 60% of its August losses and closed on December 17, 2019 at $38.90, which limited the losses over the trailing 12-month period to just 8.3%. The lofty dividend of nearly 4% cut overall losses to less than 5% over the last year. An extension of the current uptrend could bring Pfizer’s total returns back to double digits. After all, the company did reward its shareholders with total returns of 32% and 47% over the past three and five years, respectively.

Eli Lilly announced a 14.7% dividend boost from $0.645 in the previous period to a $0.74 quarterly payout for the next round of distributions. The new quarterly payout is equivalent to a $2.96 annualized distribution and a 2.4% forward dividend yield that is slightly above the company’s own 2.33% five-year yield average.

The share price entered the trailing 12-month period riding the uptrend that delivered five-fold gains since early 2009. However, after gaining 23% and reaching its new all-time high of $131.02 on March 26, 2019, the share price gave back almost all those gains and dropped to just 0.3% above its 52-week low of $106.50 from the beginning of the trailing 12-month period.

After another directional reversal, the share price recovered its mid-year losses and closed on December 17, 2019 at $125.33. While still 4.3% short of its all-time peak from March 2019, the Dec. 17, closing price was 17.7% higher than it had been one year earlier as well as nearly 80% higher than it was five years ago.