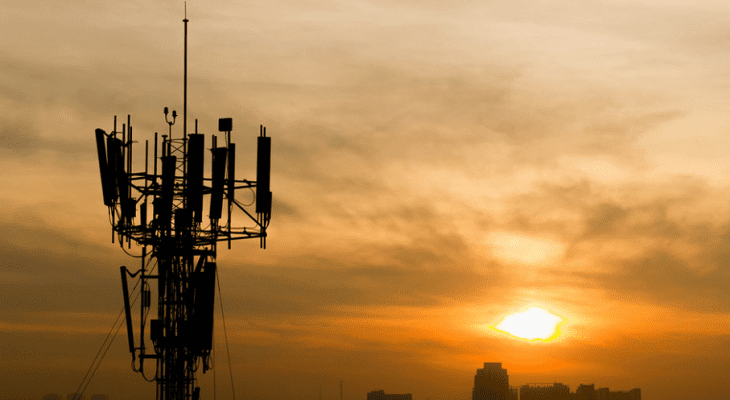 Since beginning to distribute most of its earnings to shareholders — as REITs are required to do in order maintain their tax-favorable status — the American Tower Corporation has increased its dividend distribution amount every quarter. The company’s current dividend yield is less than half the average yield of similar REITs and the overall Financial sector, where the American Tower Corporation should be classified. However, the company’s current yield is in line with the average yields of the Technology sector and the Diversified Communication Services industry segment.

What it lacks in terms of a high dividend yield, the company makes up for with robust asset appreciation. These two factors have driven a total return on shareholders’ investment of more than 33% over just the past 12 months.

In addition to this one-year gain, the American Tower Corporation has delivered stable asset appreciation to its shareholders for more than 15 years. While pulling back in the fourth quarter of 2019, the share price more than doubled over the last five years and the current pullback could be an opportunity for interested investors to take a long position in anticipation of a potential recovery.

Analysts who are currently covering the stocks agree on the positive outlook. More than 95% of the 22 analysts discussing the stock currently recommend a “Buy” (14) or a “Strong Buy” (seven), with just one “Hold” recommendation. Furthermore, the current share price still has room on the upside before it reaches the analysts’ current average target price of $226.79. Investors who are confident in the growth potential of the American Tower Corporation’s stock should act before the December 26, 2019, ex-dividend date to ensure eligibility for the next round of dividend distributions on the January 14, 2020, pay date.

Founded in 1995 and headquartered in Boston, Massachusetts, the American Tower Corporation is a real estate investment trust (REIT). The company leases space on multitenant communications sites to wireless service providers, radio and television broadcast companies, wireless and landline data providers, government agencies and municipalities, as well as tenants in other industries. In 2016, the company made a major expansion by acquiring a 51% controlling ownership interest in Viom Networks Limited, along with Viom’s local network of more than 42,000 communications sites in India. This acquisition increased the company’s assets by almost 40% to nearly 150,000 communications sites. In 2017 the company made its first appearance on the Fortune 500 list. In addition to multiple locations in the United States, the company has offices in Argentina, Brazil, Chile, Columbia, Costa Rica, France, Germany, Ghana, India, Mexico, Nigeria, Paraguay, Peru, South Africa and Uganda.

The company’s share price entered the current 12-month period on the tail end of a double-digit percentage pullback that was driven by the overall market correction in the last quarter of 2018. After reaching its 52-week low of $153.58 on December 24, 2018, the share price reversed direction and resumed its long-term uptrend.

The share price regained all its fourth quarter 2018 losses by the third week of January 2019 and continued to rise higher while setting a string of new all-time highs. On September 7, 2019, the share price hit its most recent all-time high of $241.07. After peaking in early September, the share price pulled back by 15% over the subsequent 60 days. However, the share price has been rising again since early November and closed on December 18, 2019 at $217.95. While still more than 9% short of the September peak, the Dec. 18, share price was 34% higher than it had been one year earlier and was almost 42% above the 52-week low from late December 2018.

The company’s current dividend boost raised the quarterly dividend payout from $0.95 in the previous period to the current $1.01 distribution. This current quarterly dividend distribution corresponds to a $4.04 annualized payout and a 1.85% forward dividend yield. Despite a quickly rising share price, which suppresses the yield, the American Tower Corporation current yield is still 3% above the company’s own 1.8% average yield over the past five years.

Furthermore, the American Tower Corporation’s current yield is only slightly below the 2% average dividend yield of the Diversified Communications Services industry segment, as well as nearly 60% higher than the 1.17% simple average yield of the overall Technology sector.

While the asset appreciation paused in late 2019 and took back some of the gains, the American Tower Corporation’s share price combined with the rising dividend income to produce a total return of nearly 37% just over the trailing 12 months. Furthermore, the company’s shareholders more than doubled their investment over the last three years with a 115% total return. The total return over the last five years has been nearly 135%.