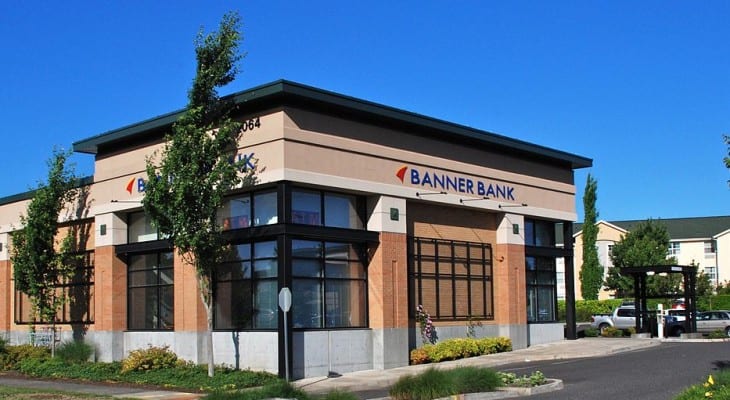 In addition to the company’s fifth consecutive annual hike, the Banner Corporation (NASDAQ:BANR) offers its shareholders a 2.3% dividend yield that outperformed the average yield of the company’s peers in the Savings & Loans financial industry segment.

During the 2008 financial crisis, the Banner Corporation’s quarterly dividend suffered two cuts that amassed to a total drop of 95% between the second quarter of 2008 and the first quarter of 2009. After a 1-for-7 reverse stock split in 2011, the company dropped the quarterly dividend to $0.01 and effectively distributed the same dividend amount for 16 consecutive quarters. The company offered its next dividend hike in the second quarter of 2013 and delivered at least one annual dividend hike in each of the next five years.

With the exception of 2016, the share price delivered a relatively steady uptrend over the past five years. Over the past 12 months, the share price experienced increased volatility but managed to hold the overall rising trend and gained a few points to combine with the dividend income for a total return of more than 8%.

Based in Walla Walla, Washington, and founded in 1995, the Banner Corporation operates as the bank holding company for Banner Bank and Islanders Bank, which provide standard banking and financial products and services primarily in the northwestern United States. Founded in 1890, the Banner Bank is considerably older and larger than the Islander Bank, which was founded in 1980. The Banner Bank provides its services through 178 branches and 13 loan offices located in 54 counties in Washington, Oregon, Idaho and California. The Islander Bank operates three branch locations in San Juan County, Washington, which is a cluster of more than 400 islands and rocks in the Salish Sea between Seattle, Washington and Vancouver, British Columbia.

In the second quarter of 2018, the company offered its fifth consecutive annual dividend hike since 2013. With that dividend hike of 40% from the first quarter payout of $0.25 to the current $0.35 quarterly amount, the company has enhanced its total annual dividend payout almost threefold. This level of advancement corresponds to an annual growth rate of nearly 24% per year over the past five years.

While experiencing intensified volatility over the past 12 months and a significant drop in 2016, the share price followed a general uptrend and gained almost 75% over the past five years. Except for a spike during October 2017, the share price declined from the beginning of the trailing 12-month period and fell nearly 10% before reaching its 52-week low of $52.36 on February 8, 2018.