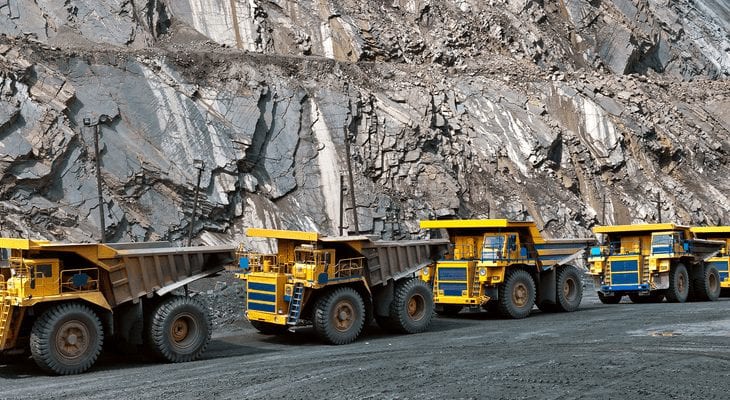 After a significant dividend cut in 2016, the BHP Group – dually listed as two legal entities on the New York Stock Exchange (NYSE) under BHP and BBL tickers – resumed dividend hikes and both companies currently offers shareholders dividend yields of more than 5%.

Both companies have enhanced their respective dividend payouts every year for more than a decade starting in 2002. However, the companies dropped their annual payouts 75% from $2.48 in 2015 to merely $0.60 in 2016, which was equivalent to dividend yields in the 3% to 3.4% range. The companies resumed rising dividends in 2017 and fully recovered by the end of 2018.

Investors convinced that the share prices could continue the current uptrend along with the rising dividends should consider adding either stocks to their portfolio before the ex-dividend date that should occur in early March 2019. However, in addition to its regular dividend distributions, on January 30, 2019, the company will pay a $1.02 per share special dividend to all shareholders of record prior to the special dividend ex-date on January 10, 2019.

Incorporated in 1996, the BHP Group discovers, acquires, develops and markets natural resources worldwide. The company operates through four business segments: Minerals Americas, Minerals Australia, Petroleum and Marketing. The company engages in the exploration, development and production of oil and gas properties, as well as mining of various metal ores and coal. Formerly known as BHP Billiton, the company changed its name to BHP Group, in November 2018. The company has two global headquarters – Melbourne, Australia for the BHP Group Limited entity and London, United Kingdom for BHP Group, plc.

Both of the company’s entities pay the same dividend amount per share and the most recent payout in September was $1.26. This semiannual payout is equivalent to a $5.12 annualized distribution per share. However, because the two stocks trade at distinct share prices the dividend yields are slightly different. The BHP’s current yield of 5.3% is 4.3% higher than the entity’s 5.05% five-year average yield. Alternatively, because of a lower share price, BBL’s yield is currently 6.1% – 6.4% above the entity’s own 5.7% average yield over the past five years. Furthermore, both dividend yields are significantly higher than the 2.78% average yield of the entire Basic Materials sector and 60% to 80% higher than the 3.27% simple average of the Industrial Metals & Minerals industry segment. While the BHP’s yield is equivalent to the 5.2% average yield of the segments only dividend paying companies, BBL’s 6.1% yield is nearly 16% higher than the average.

After the dividend cut, the company brought its annual distributions back to pre-cut levels in just three years, which is equivalent to an annual growth rate of more than 60%. However, even with the 75% cut in 2016, BHP Group enhanced its annual dividend payout almost 10-fold since 2002. This level of growth corresponds to a long term average growth rate of 15.3% per year over the past 16 consecutive years.