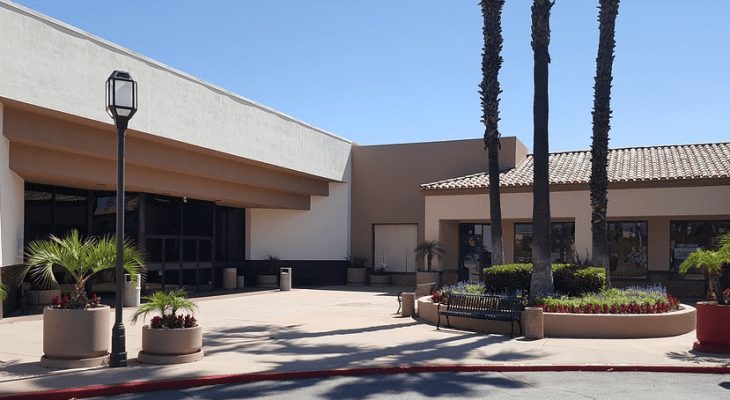 In the five years since its inception, the Brixmor Property Group, Inc. (NYSE: BRX) has boosted its annual dividend payout over 100% and currently offers an above-average dividend yield of 6.1%.

In terms of share price, there is almost a 50% difference between the stock’s high and low over the last year, reflecting the struggle by retail companies to stay in business as e-commerce traffic increases.

Thankfully, BRX’s current tenant portfolio has a 70% exposure to grocery stores, which, for now, seem to be more resilient to e-commerce competition. Also, the United States Supreme Court ruling on June 21, 2018, which requires online retailers to collect sales taxes even in states where they do not have a physical presence, has given traditional brick-and-mortar retailers  more capacity for competition with e-commerce than they had before the ruling.

As a property real estate investment trust (REIT), Brixmor could have been affected by the closing of Toys ‘R’ Us stores due to the company filing for bankruptcy. As luck would have it, the REIT leased only 11 stores to Toys ‘R’ Us, so it should have little difficulty filling the vacant spaces in the current strong economy.

Brixmor Property Group will distribute its next dividend on July 16, 2018 to all shareholders of record prior to the July 5, 2018 ex-dividend date.

Headquartered in New York City, the Brixmor Property Group is a real estate investment trust (REIT) that owns, operates and manages primarily open-air shopping centers. In 2011, Centro Properties Group was acquired by Blackstone (NYSE: BX) and rebranded as the Brixmor Property Group. The newly named company began publicly trading via an IPO (initial public offering) in October 2013. As of December 31, 2017, the company owned and operated 486 retail centers in 36 states, with a total Gross Leasable Area (GLA) of more than 82 million square feet.

Among Brixmor’s 5,000 tenants are some of the largest national grocery store chains, such as Kroger (NYSE: KR) and Publix. Well-known department store chains in Brixmor’s property portfolio include Walmart (NYSE: WMT), Target (NYSE: TGT) and TJ Maxx (NYSE: TJX). The three largest tenants in terms of Brixmor’s GLA are Kroger, 5%; Walmart, 3.8%; and TJ Maxx, 3.4%. However, in terms of total revenue generated, TJ Maxx and Kroger share the top spot with 3.1% each. Dollar Tree (NASDAQ: DLTR), with 1.9%, rounds out the top three by total revenue.

Between late 2013, when BRX first traded at $20.65 for its IPO, and September 2016, when the all-time high was reached, the stock rose in 40% in a moderate uptrend. However, the stock then experienced a deep and lasting decline through the end of April 2018, which caused the share price to fall well below its IPO level. Shares bottomed at $13.74 in February 2018. After more than 18 months of continuous decline, the share price finally reversed direction and rocketed upward 31% to close on June 25, 2018 at $18.06. This closing price was within 1% of its level from one year earlier, but is still 13% lower than it was five years ago.

As for dividends, Brixmor increased its quarterly payment in January of this year, making the current $0.275 quarterly dividend amount 5.8% higher than the $0.26 distribution from the same period last year. This new quarterly distribution corresponds to a $1.10 annualized amount and a 6.1% forward dividend yield, which is nearly 50% higher than the company’s own 4.1% average yield over the past five years. However, because the current dividend yield rose predominantly due to the share price decline, a better indicator would be to compare BRX’s yield to the industry averages. The Financial sector’s average yield is 3.05%, and the average yield of the Retail REIT industry segment is 3.72%, so Brixmor’s current 6.1% yield is double the Financial sector’s average and 64% higher than the latter yield. Additionally, the company’s current dividend yield is nearly 15% above the simple average yield of the segment’s only dividend-paying companies.