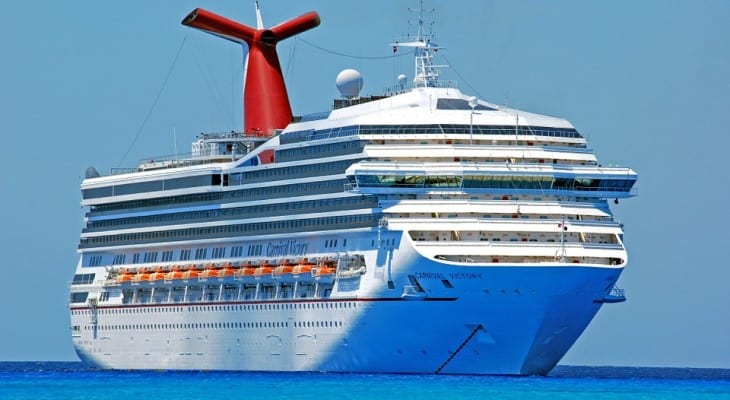 Carnival Corporation & plc (NYSE:CCL, LSE:CCL and NYSE:CUK) offered a double-digit percentage asset appreciation in the past 12 months and currently serves its shareholders a 2.6% dividend yield.

The company’s current streak of consecutive dividend hikes is only four years. However, the company has cut its dividend only once in the past 25 years. Additionally, the company announced its 2017 year-end earnings — which exceeded analysts’ expectations — and announced an aggressive outlook for 2018.

The company will distribute its next dividend payout on March 16, 2018, to all its shareholders of record before the next ex-dividend date, which will occur on February 22, 2018.

Headquartered in Miami and incorporated in 1972, the Carnival Corporation — a subsidiary of Carnival Corporation & plc — operates as a leisure travel and cruise company. The company operates approximately 100 cruise ships under the Carnival Cruise Line, Holland America Line, Princess Cruises and Seabourn brands in North America; AIDA, Costa, P&O Cruises in Australia, as well as Cunard and P&O Cruises (UK) brands in Europe, Australia and Asia. Additionally, the company owns and operates Holland America Princess Alaska Tours, which is a tour company in Alaska and the Canadian Yukon that owns and operates hotels, lodges, glass-domed railcars and motor coaches.

The current $0.45 quarterly distribution is equivalent to a $1.80 annualized amount and a 2.6% forward yield. Additionally, the current annualized dividend is 8.3% above Carnival’s own 2.4% average yield over the past five years and 32.6% higher than the current Service sector average yield of 1.96%. The company’s current annualized dividend is also almost 37% above the 1.91% yield of Royal Caribbean Cruises Ltd. (NYSE: RCL). Royal Caribbean is the only other publicly-traded cruise line that pays dividends.

After the January 2018, the share price fell just 3.7% despite one of the largest stock market pullbacks in history in the first week of February and closed on February 6, 2018, at $69.27. That closing price was almost 25% higher than the 52-week low from one year earlier and almost 90% above its price from five years prior.