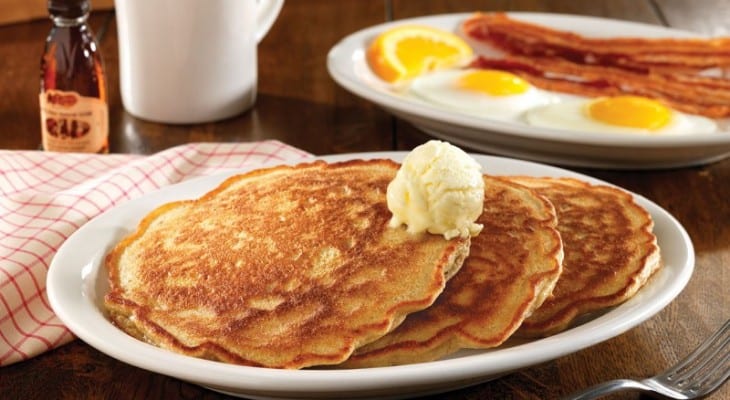 In addition to its home cooking-inspired comfort food, Cracker Barrel Old Country Store, Inc. (NASDAQ:CBRL) served its shareholders an appetizing 3.2% dividend yield main course and a double-digit-percentage share-price gain in the past 12 months.

Investors also feasted on a double-digit percentage average dividend growth rate over the past 15 years. The company’s prospects are looking sweet with solid financial performance in the fourth quarter and fiscal 2017, ended on July 28.

The latest results showed that, despite a few missed targets, Cracker Barrel performed well overall and beat its Casual Dining Industry peers in several key indicators. The ex-dividend date is October 12, 2017, and the pay date is scheduled for November 6, 2017.

Cracker Barrel Old Country Store, Inc. operates the Cracker Barrel Old Country Store concept. The concept consists of a restaurant with a gift shop, which offers various decorative and functional items, such as rocking chairs, holiday and seasonal gifts, toys, apparel, music CDs, cookware and various other gift items. Additionally, the shop sells food, such as candies, preserves, pies, cornbread mixes, coffee, syrups and pancake mixes. The gift shop generates about 20% of the company’s total sales, with the restaurant portion producing the remaining 80%. The company is headquartered in Lebanon, Tennessee, where the founder, Dan Evins, opened his first store in 1969.

The company operated 645 Cracker Barrel stores in 44 states, as of September 14, 2017. In addition to its Cracker Barrel-branded locations, the company created a fast-casual biscuit house chain under the Holler & Dash brand. The first Holler & Dash location opened in Homewood, Alabama in the spring of 2016. Since then, the company expanded the concept and opened an additional location in Alabama, two in Tennessee, one in Florida and one in Georgia.

Following positive financial results for the fourth quarter and fiscal 2017, announced by company on Sept. 13, the share price began rising again. While restaurant traffic, comparable restaurant sales and comparable store sales were slightly down in fourth-quarter 2016, the operating income increased to 11.2% of total revenue, compared to 10.4% of total revenue the prior year.

Earnings per diluted share (EPS) climbed 6.5% to $8.37 over Generally Accepted Accounting Principles (GAAP) EPS of $7.86 for the prior year. Once adjusted to retroactively reinstate the Work Opportunity Tax Credit (WOTC) and include a reduction of the provisions for uncertain tax positions, the 2016 EPS dropped to $7.55. Using that figure, the 2017 EPS was 10.9% above the adjusted EPS for 2016.

Of course, this stock also provides nice dividend income. The current quarterly distribution of $1.20 is equivalent to a $4.80 annualized regular dividend and a 3.2% dividend yield.

The company has been paying dividends since 1972 and has hiked its annual payout for the last 15 consecutive years. Over that period, it has boosted its regular dividend at an average growth rate of 27.2% per year. The result of a such a high growth rate is a 37-fold increase of the total annual dividend amount since 2003.